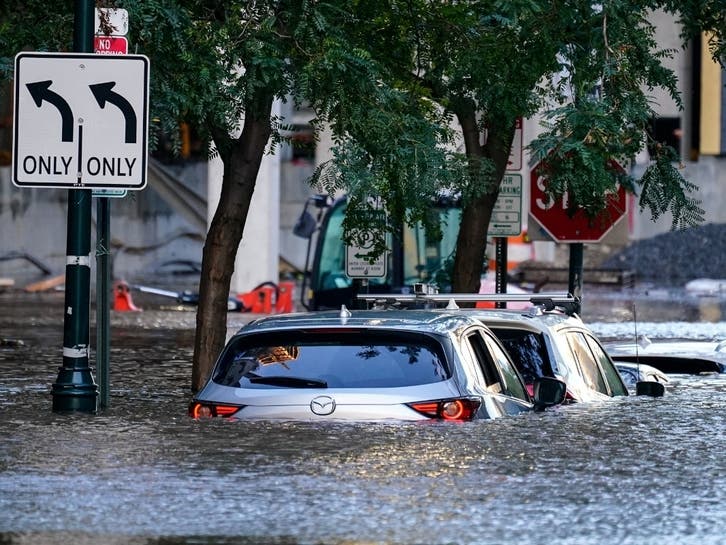 ACROSS AMERICA — More than a dozen people have died amid historic flooding from the Hurricane Ida system that hit the Northeast.
Images and videos from New York City, New Jersey and Pennsylvania, show waters as high as homes in some areas, rivers overflowing for the first time in decades and daring rescues of people living in basements and lower levels across the region.

Several reports indicate at least 23 people have died from the flooding across the states.

At least nine people have died in New York City alone, eight in the Queens borough. Rescue crews continued work throughout the region into Thursday afternoon. Four others drowned in the basement of an apartment complex in Elizabeth, New Jersey, according to several reports.

Rainfall totals surpassed 7 inches in some areas, according to the National Weather Service. An hourly record of 3.15 inches of rain hit NYC’s Manhattan borough, marking the second record rainfall there in as many weeks.

President Joe Biden said his administration was “ready to provide all the assistance that’s needed,” pledging help from the Federal Emergency Management Agency wherever it is needed.

The region hadn’t expected a serious blow from the no-longer-hurricane Ida, yet the storm killed at least 18 people from Maryland to New York on Wednesday night as basement apartments suddenly filled with water, rivers and creeks swelled to record levels and roadways turned into car-swallowing canals, according to The Associated Press.

“We all have a long road ahead of us,” Pennsylvania Gov. Tom Wolf said.