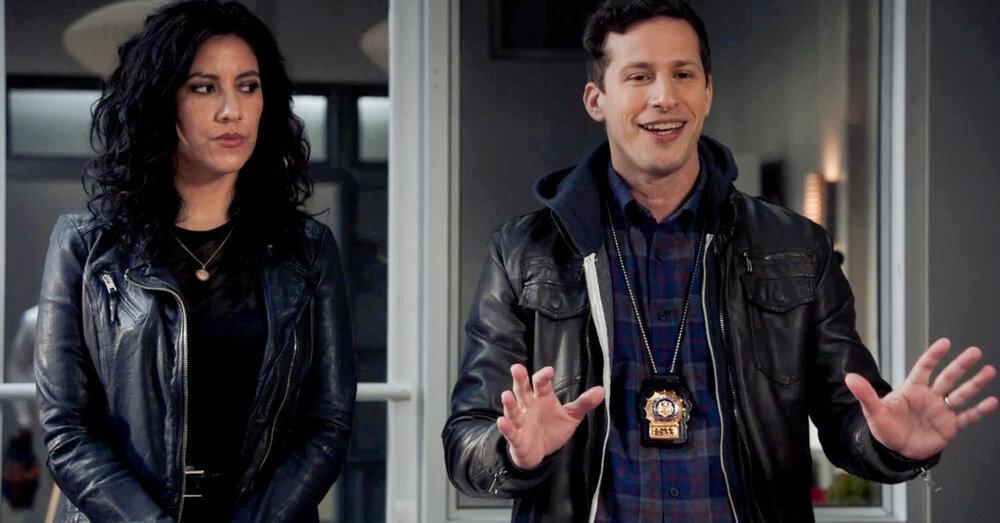 Every Monday and Friday, Margaret offers hyper-specific viewing recommendations in our Watching newsletter. Read her latest picks below, and sign up for Watching here.

… an hour, and it’s hard to wait for new ‘Ted Lasso’ episodes.

When to watch: Now, on Hulu.

If you require a certain number of happy ding-dongs on your screen each week, be glad new episodes of “Brooklyn Nine-Nine” are here. (Two air every Thursday, on NBC.) In this final season, in addition to the typical high jinks and standard goofiness, the characters grapple with their own roles in state violence, with Rosa (Stephanie Beatriz) going so far as to resign from the force. Copaganda self-critique is a tricky needle to thread, but “BK99” might actually be pulling it off, and with its bouncy cartoonishness intact.

Stephen Amell and Alexander Ludwig star as brothers in this new drama about an independent professional wrestling league in Georgia. They have gruff conflict! And it’s much easier to act out this friction in the ring, where one is the “heel” and the other the “face” — wrestling parlance for the villain and the hero. But lo, villainy and heroism are less rigid out in the regular world. “Heels” hits familiar beats but in confident ways, with flickers of “Friday Night Lights” and “GLOW” peeking through here and there. If you miss those five seconds when “Nashville” was good, or if you like the scrappy wrestling parts of “Young Rock” but wish it were a drama about grown-ups, watch this.

When to watch: Now, on Netflix.

This new drama, cocreated by and starring Lior Raz (who you might know from “Fauda,” the other show he cocreated and starred in), follows a Tel Aviv tour guide whose wife is killed in a hit-and-run accident. Or actually … maybe that was no accident after all. He better head to New York to get to the bottom of this swirling mystery. “Hit & Run” has the same frenzied urgency of other exciting Israeli shows, though a lot of its energy gets depleted by the end of the nine-episode season. If you liked “The Attaché,” watch this.