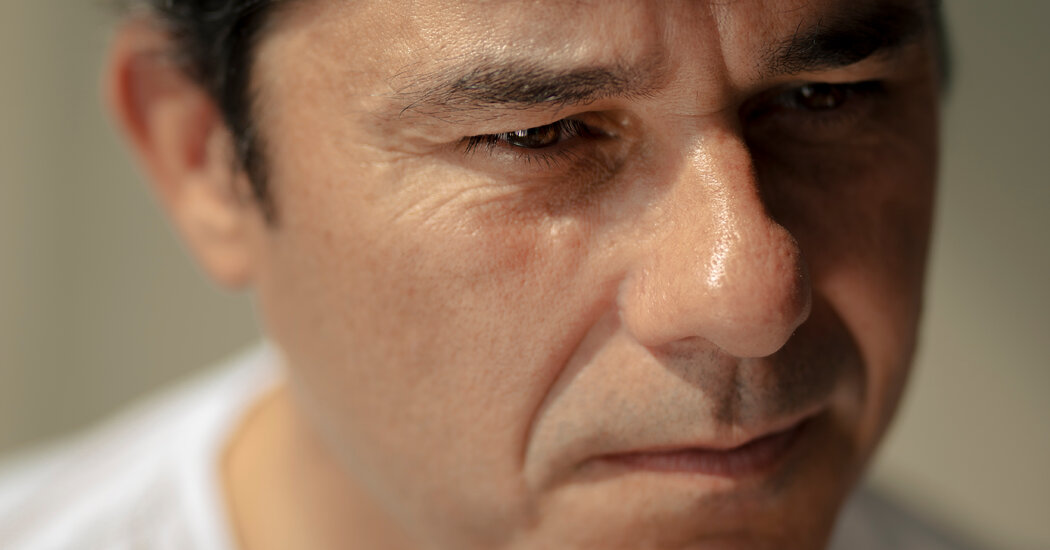 PARIS — There is a scene in Laurent Binet’s latest novel, “Civilizations,” where a meeting between conqueror and conquered is brought to life in the vivid description of a tableau by the Renaissance painter Titian.

It’s an imaginary scenario — of the Incas of Peru invading 16th-century Europe, not the other way around, which is what happened in 1532 — that haunted and inspired Binet.

“There’s something melancholic in my book,” he said in an interview at his home last month, “because it offers the conquered a revenge that they never really had.”

The reality for the Incas, like many other Indigenous populations, was that they were killed and exploited, Binet added. “That’s what both fascinates and horrifies me: You can think what you like of the past but you can’t change it.”

Binet, 49, has made his name writing historical novels that blur the boundaries between fact and fiction. His debut “HHhH,” which was translated into 34 languages (including English in 2012), melded history, fiction and autobiography to explore the events surrounding the assassination of the Nazi leader Reinhard Heydrich. He followed it up in 2015 with “The Seventh Function of Language,” a murder mystery set in the 1980s that poked fun at the posturing of Parisian intellectuals. The French magazine L’Express called it “the most insolent novel of the year.”

“Civilizations,” published by Grasset in France in 2019, will be published in the United States by Farrar, Straus and Giroux on Sept. 14. It won the Grand Prix du Roman, an annual literary prize awarded by the Académie Française, in 2019, and is being developed as a multi-language television series to be shot in South America and Europe. It is being co-produced by Anonymous Content in the United States and Païva Studio in France.

All three novels have been translated from French to English by Sam Taylor, who praises Binet’s “unpredictability” as an author. “What unites Laurent’s three novels more than anything is a desire to push the envelope of possibilities offered by fiction,” he said in an email. “There is a kind of swagger and daring, a playful ambitiousness and a dry wit that undercuts it all and prevents it tipping into pretentiousness.”

Binet said he was motivated to write “Civilizations” after being invited to the Lima International Book Fair in 2015. “At that time I knew nothing about how the Incas were conquered,” he said, but he became fascinated by their culture and returned to the book fair in 2017 to further his research. Back in Paris, his half brother gave him a copy of Jared Diamond’s book “Guns, Germs and Steel,” which contains a chapter on how the Incas’ last emperor Atahualpa was captured by Francisco Pizarro and his men.

When “Civilizations” came out in France in 2019, some critics, such as Lise Wajeman at Mediapart and Frédéric Werst at En Attendant Nadeau, wondered whether Binet hadn’t attributed to the Incas an appetite for conquest that was uniquely European. But Binet is convinced that is not the case. “The desire to conquer is not just European, it is universal,” he said, noting the empire-building of the Mongols and Aztecs.

In his book, however, Binet depicts the conquering Incas as far more benevolent than their European counterparts. Atahualpa becomes known as “the Protector of the Poor” for his egalitarian policies. The Incas are horrified by the savagery of the Spanish Inquisition, in spite of their own traditions of human sacrifice.

“I find reversals of perspective and points of view quite stimulating,” Binet said. “I think Montaigne summed it up very well when he wrote that ‘we all call barbarous, things that are contrary to our own habits.’”

Binet’s love of history was instilled in him by his father, a teacher who would entertain him with factual stories about World War II and the Hundred Years’ War. “He gave me a taste for history from a narrative point of view,” Binet said. “These snatches of history made me dream.”

When he was about 12, his father told him about the two parachutists — a Slovak and a Czech — who assassinated the Gestapo official Reinhard Heydrich in 1942. “It made me want to find out more,” he said.

Two blown-up photographs in the living room of Binet’s apartment give further clues as to his passions. One is of the French literary theorist Roland Barthes, whose death sparks the mystery in “The Seventh Function of Language.” “Barthes taught me how to read a text,” Binet said. “I used to be a French literature teacher, and he provided me with a grid to read a text, and as a semiotician, a grid to read the world. He made me smarter than I was and helps me every day.”

The other photo is of the tennis star John McEnroe. Growing up in the western Parisian suburb of Elancourt, where he learned how to play by volleying the ball against his bedroom wall, Binet admired McEnroe’s skill (they are both left-handed) and rebellious on-court persona.

When Binet was in his early 20s, he spent a night handcuffed in a Normandy police station after being caught spray-painting graffiti. “It was during my surrealist period,” he said. “I wanted to write a poetic phrase on what turned out to be a civic monument.” A love of surrealism also led to his first book, “Forces et Faiblesses de Nos Muqueuses,” a mixture of prose and poetry released in 2000 but no longer in print. “Most of the time I was struggling with my guitar, trying to remember my own lyrics and hiding my flaws as a musician behind a wall of sound,” he said. He started teaching French literature to high school students in 1999 and did it for 10 years.

His breakthrough as a writer was in 2004 with the publication of his memoir “La Vie Professionnel de Laurent B.,” in which he chronicled his experiences as a teacher in the French school system. It was during this time that Binet became convinced by the importance of “cultural melting pots,” whereby different creative fields become more open to influencing each other. “It’s clear that filmmakers draw inspiration from literature and painting and that painters draw inspiration from writers,” he said. “For me the television series ‘24’ was a narrative revolution, so I am very clearly a product of my age.”

Binet’s teaching career gave him an in-depth knowledge of 19th-century French writers. But contemporary American literature was what opened his horizons, he said, naming Bret Easton Ellis as his favorite living writer.

The writers that Taylor, Binet’s translator, said that the novelist most reminds him of are the European avant-garde superstars of the ’70s and ’80s, such as Umberto Eco, Milan Kundera and Italo Calvino. Like them, Binet talks about writing in terms of “playfulness.” But as he discovered writing “Civilizations,” there is also sorrow at the ways history repeats itself.

“It’s all a little bit depressing,” he said, “to see there are clear parallels today to be made with the 16th century concerning religious intolerance and religious fundamentalism.”