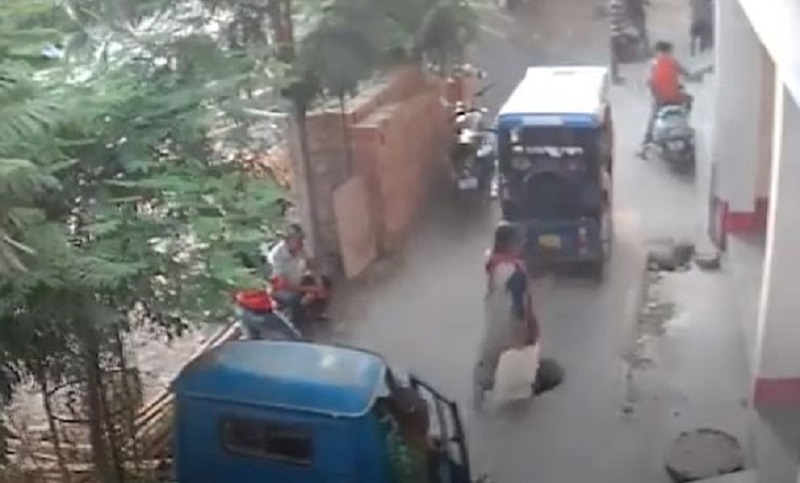 Market bag in hand. Mobile phone in the ear. He was walking on a busy road talking on his mobile phone. The manhole without the lid in front was not noticed.

He suddenly fell into the manhole.

The incident took place on a road in Patna, Bihar, India. The video of the incident has gone viral.

According to the Indian Express, the woman was walking behind an autorickshaw while talking on the phone. After the autorickshaw was moving forward, he fell into the manhole a little further. Immediately the people around came forward. They rescued the woman from the manhole.

Locals say several manhole covers on the road have been open for months due to work on a project. There have been a few such accidents in the last few months.

After the video went viral on social media, some commented that the woman needed to be more aware as she walked the path. Again, some say, the authorities removed the manhole cover, but why not put a warning signal for pedestrians?