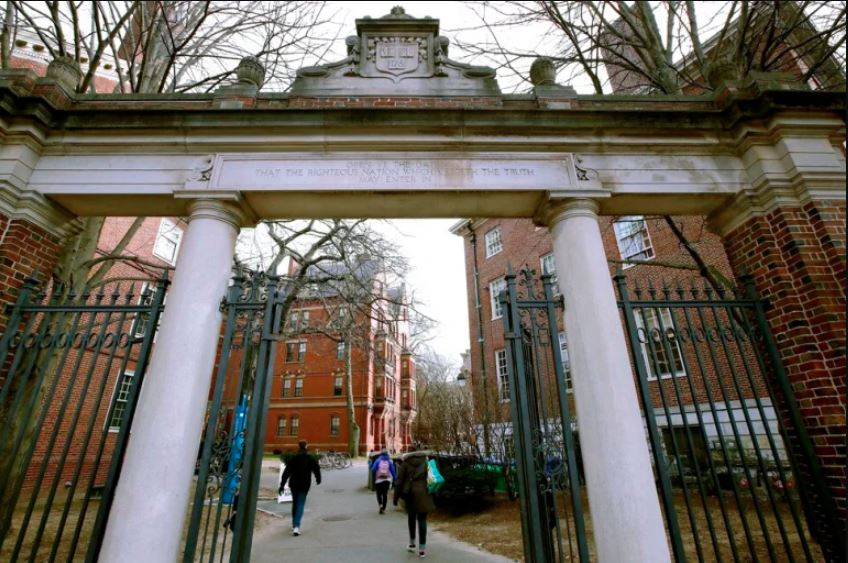 Released on Tuesday, the report by a team of Harvard faculty found that slavery was an integral part of life at Harvard between the university’s founding in 1636 and when slavery was outlawed in the US state of Massachusetts in 1783.

Harvard faculty and leaders enslaved more than 70 Black and Indigenous people during that timeframe, it said.

Moreover, Harvard maintained significant financial ties to donors who profited from slave trading and plantations in the American South and the Caribbean well into the 1800s, according to the report, which lays out recommendations.

Harvard President Lawrence Bacow said in an email that a committee would explore transforming those recommendations into action and that a university governing board had authorised $100m for implementation, with some of the funds held in an endowment.

“Harvard benefited from and in some ways perpetuated practices that were profoundly immoral,” Bacow wrote in a university-wide email.

“Consequently, I believe we bear a moral responsibility to do what we can to address the persistent corrosive effects of those historical practices on individuals, on Harvard, and on our society.”

The move by Harvard comes amid a wider conversation in US higher education about redressing the effects of slavery, discrimination, and racism – and growing calls for the country to provide reparations to the descendants of enslaved people.

Other US universities have grappled with the issue, as well, and some have created funds in recent years to address the legacies of slavery.

A law enacted in Virginia last year requires five public state universities to create scholarships for descendants of people enslaved by the institutions.

While Harvard had notable figures among abolitionists and in the US civil rights movement, the report found “the nation’s oldest institution of higher education … helped to perpetuate the era’s racial oppression and exploitation.”

It also documented Harvard’s exclusion of Black students during the period of segregation in the US and its prevention of scholars advocating an end to racism.

They recommended offering descendants of people enslaved at Harvard educational and other support so they “can recover their histories, tell their stories, and pursue empowering knowledge”.

They also urged the Ivy League school to fund summer exchange programmes for students and faculty from long-underfunded historically Black colleges and universities.

The report also recommended that Harvard honour and engage with Indigenous communities in New England, and for the US to recognise the legacy of Indigenous slavery and colonialism.

On Monday, US Representative Sheila Jackson Lee, a leading advocate of legislation to provide national reparations for slavery, gave a talk at Harvard.

“We need the energy of the nation,” Jackson Lee said, according to a report in The Harvard Crimson student newspaper. “This is not done in anger, this is not done with a pointed finger — this is done with a gentle embracing and cleansing and restoring.”