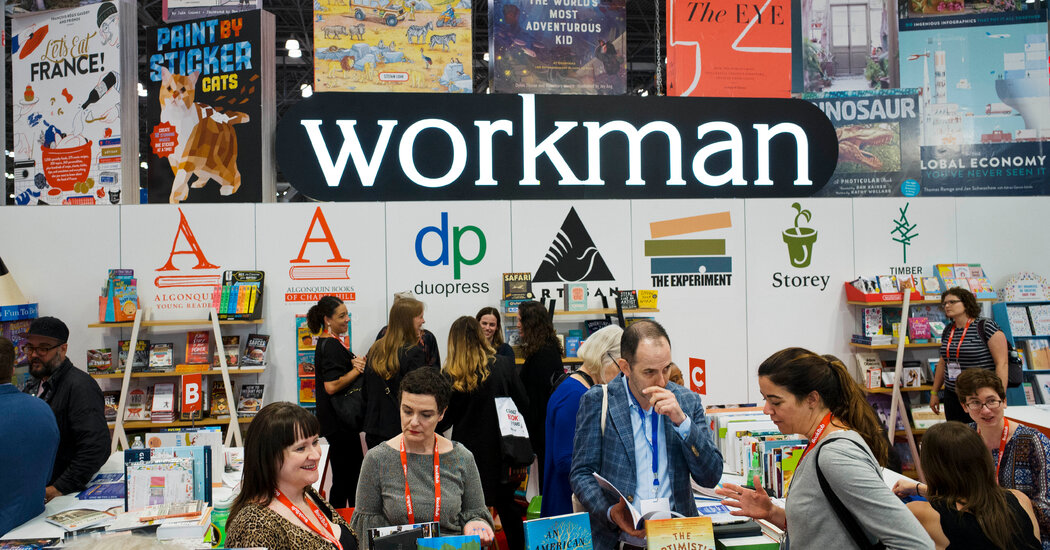 If the deal is approved by federal regulators, Workman will become Hachette’s eighth publishing group and will be led by Mr. Reynolds, Workman’s chief executive, who will report to Mr. Pietsch and join the executive management board of the company. Ms. Workman will retire when the transaction closes.

A wave of consolidation has profoundly reshaped the publishing industry in the past decade, with the merger of Penguin and Random House in 2013, News Corp’s purchase of the romance publisher Harlequin, and Hachette’s acquisition of Perseus Books.

The trend has accelerated in recent years, as the five biggest publishing houses have absorbed smaller companies in an effort to expand their backlists and compete for best selling authors in what has increasingly become a winners take all game. Some in the industry worry about the impact of even more consolidation, which will give the biggest publishing company even more of an advantage.

In March, HarperCollins announced that it was acquiring Houghton Mifflin Harcourt Books and Media, the trade publishing division of Houghton Mifflin Harcourt, for $349 million, gaining a vast and valuable backlist that includes perennial sellers by J.R.R. Tolkien, George Orwell, Philip Roth and Lois Lowry, as well as children’s classics and cookbooks and lifestyle guides. Last year, Penguin Random House struck a deal to acquire Simon & Schuster from ViacomCBS for more than $2 billion, a transaction that could create the first megapublisher if it withstands regulatory scrutiny.

The sale of Workman will further reshape the landscape at a time when the industry has been altered by the pandemic. In 2020, publishers saw an even more rapid shift to online retail, as readers turned to Amazon and big box stores to find books. Despite production and supply chain problems, publishers saw profits soar during the pandemic as more people turned to books for entertainment.

Revenue in 2020 rose to $8.6 billion, an increase of nearly 10 percent, and for the first five months of 2021, revenues were up 23.4 percent to $5.1 billion, according to the Association of American Publishers, which tracks revenue from about 1,360 publishers.

In the decades since its founding, Workman became a leading publisher of nonfiction and advice and how-to brands. Its “Brain Quest” series of educational games and workbooks has more than 45 million copies in print. With its literary imprint, Algonquin Books, Workman has had breakout literary successes like Sara Gruen’s “Water for Elephants,” Tayari Jones’s “An American Marriage” and Lisa Ko’s acclaimed debut novel, “The Leavers.”