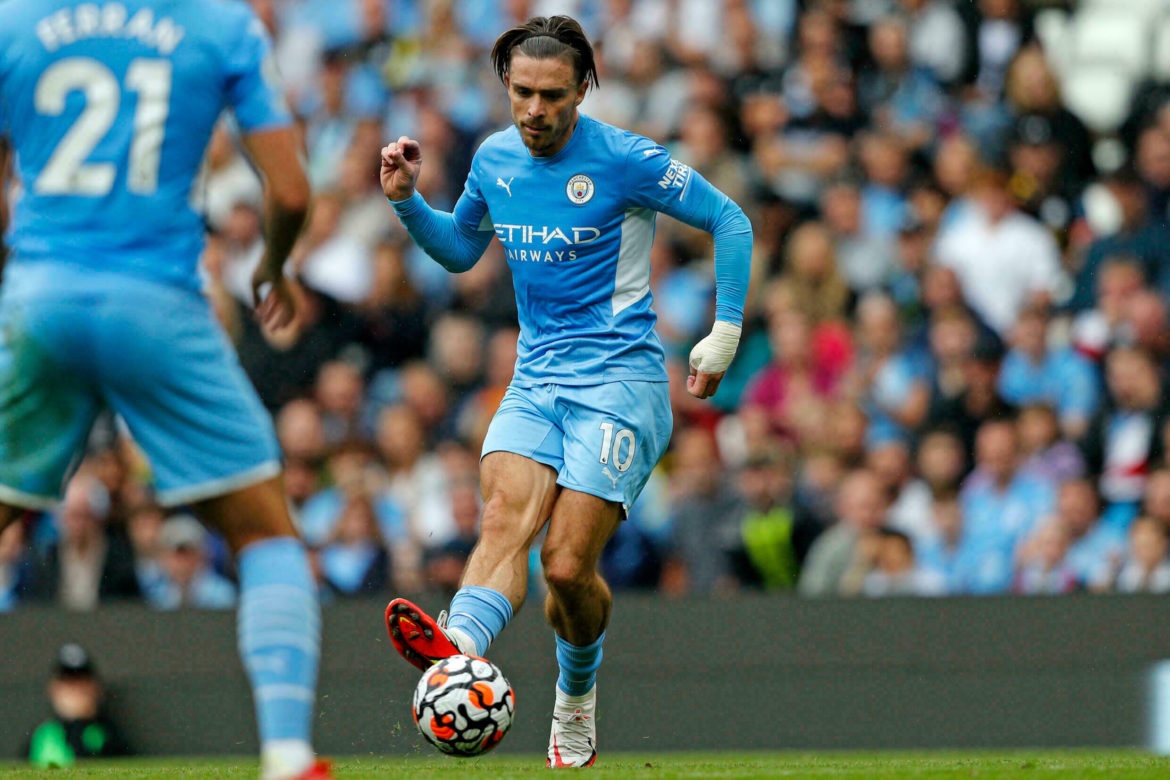 Jack Grealish scored his first goal for Manchester City as the Premier League champions thrashed Norwich 5-0, while title rivals Liverpool extended their perfect start with a 2-0 victory against Burnley on Saturday.
Grealish marked his home debut following his British record £100 million ($136 million) move from Aston Villa with a close-range effort to double City’s lead in the first half.

Tim Krul’s own goal had given City the lead at the Etihad Stadium.

Aymeric Laporte, Raheem Sterling and Riyad Mahrez netted in the second half to ensure City bounced back from last weekend’s defeat at Tottenham.

City had been beaten in both of Grealish’s previous appearances, losing the Community Shield against Leicester and then slumping in their Premier League opener.

But Grealish’s first goal since January helped show Pep Guardiola’s side they can cope without Harry Kane if their prolonged pursuit of the Tottenham striker ends in failure.

With the injured Kevin De Bruyne absent for City, Gabriel Jesus, Bernardo Silva and Laporte all started amid reports they are looking to leave after growing unhappy with their reduced roles last season.

Jesus took the chance to remind Guardiola of his qualities with a virtuoso display.

It was the Brazilian forward’s volleyed cross in the seventh minute that brought City’s opener.

Grant Hanley attempted to clear but instead hit Norwich goalkeeper Krul as the ball looped into the net.

Grealish got off the mark in slightly fortuitous fashion in the 22nd minute.

Jesus’s cross reached Grealish at the far post and bounced in off the England midfielder.

Laporte scored in the 64th minute with a close-range finish after Norwich failed to clear a corner.

Jesus provided his third assist of the afternoon as Sterling tapped in after 71 minutes before Mahrez grabbed City’s fifth with a simple finish in the 84th minute.

At Anfield, Liverpool earned a second successive wins thanks to goals from Diogo Jota and Sadio Mane, but Reds boss Jurgen Klopp was angry with Burnley’s aggressive tackling.