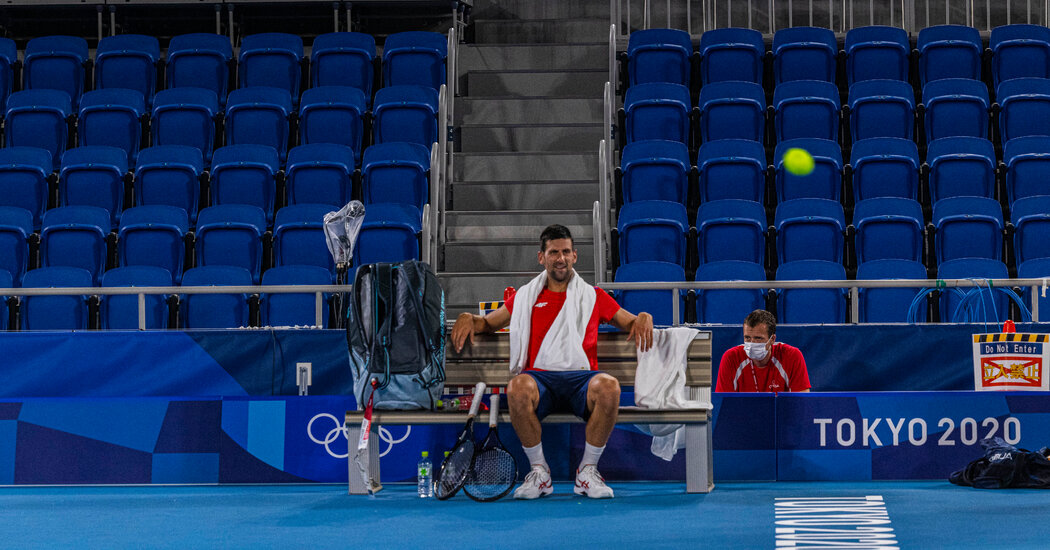 For all of the head-scratching moves Djokovic has made — such as holding a much-maligned exhibition tour in Belgrade in the middle of the pandemic, hitting a line judge in the throat with an anger-filled swipe during last year’s U.S. Open, upsetting the tennis establishment by trying to start the breakaway Professional Tennis Players Association and even denying his countrywoman Nina Stojanovic a possible bronze medal when he pulled out of the mixed doubles playoff at the Olympics — there is much to like about the guy.

He is unfailingly polite, remembers people’s names, says please and thank you a lot, and almost always compliments an opponent’s play whether he wins or loses.

Through his foundation, he and his wife, Jelena, have supported about 47,500 children in Serbia. This spring, he put up well over $1 million to host two ATP tournaments and one WTA tournament in Belgrade after other events in the world were canceled because of the pandemic and then ensured their success by being the headliner in both.

Djokovic announced that he was playing in the Olympics in a video birthday message to a 6-year-old Japanese boy. He also noticed, during his Wimbledon final against Matteo Berrettini, a young girl sitting courtside and holding up a sign with encouraging words. After his victory, he trotted over and handed the girl his winning racket. In Tokyo, he stayed in the Olympic Village, something most other top players declined to do, and spent time giving fellow athletes tips for success.

One of the people Djokovic has encouraged is the 20-year-old Serbian player Olga Danilovic. At the Australian Open in January, Danilovic made her way through qualifying and was locked in a first-round battle with Petra Martic. Suddenly she looked up and saw Djokovic watching her match. The support, she said, helped her upset Martic, the No. 16 seed.

“People judge a book by its cover and in this case it’s really wrong,” said Danilovic, who cherishes a racket Djokovic gave her. “For me, he is one of the greatest persons in the world. He gives support when you need it and you can always see his fighting spirit.”

As a child, Djokovic shunned math and science in favor of more creative subjects like geography and linguistics. (He speaks six languages.) But throughout his career, he has sought a competitive advantage by dabbling in everything from sports psychology and mysticism to quantum physics and electricity. He has been known to travel with an R.V. that he parks outside tennis stadiums and uses to decompress.