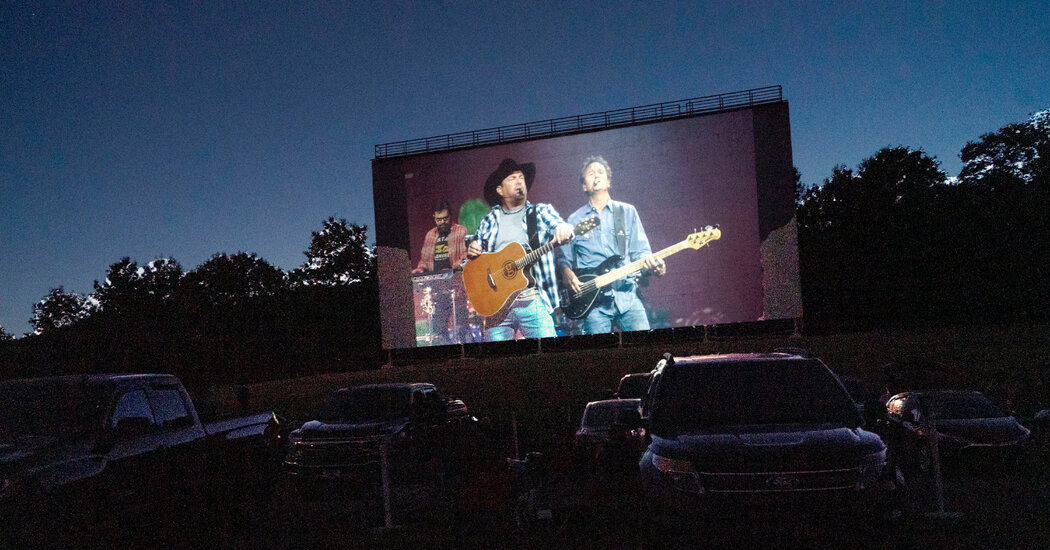 The country superstar Garth Brooks has canceled his next five stadium tour dates, the latest and biggest concerts to be pulled as the touring industry scrambles in response to rising coronavirus infection rates.

“In July, I sincerely thought the pandemic was falling behind us,” Brooks said in a statement on Wednesday, four days after performing for about 90,000 fans in Lincoln, Neb. “Now, watching this new wave, I realize we are still in the fight and I must do my part.”

The tour, which had already played five cities over the last month, is canceling dates in Cincinnati, which had been scheduled for Sept. 18; Charlotte, N.C., on Sept. 25; Baltimore, on Oct. 2; Foxborough, Mass., on Oct. 9; and one makeup date for a rained-out show in Nashville that had not been scheduled yet. Tickets will be refunded automatically, according to the statement.

Brooks’s announcement came after a slew of cancellations by artists including Stevie Nicks, Limp Bizkit, Korn and Lynyrd Skynyrd; the New Orleans Jazz & Heritage Festival, planned for October, was also shut down. The Detroit Jazz Festival, planned as an in-person event from Sept. 3 to 6, announced this week that it would “pivot to a virtual format” of livestreams.

For now, much of the concert industry is keeping its touring plans intact, and setting a variety of safety protocols for attendees as well as for the workers who run concert venues and manage touring productions. Live Nation and AEG Presents, the two corporations that dominate most of the touring and festival business, have each announced that their venues will require proof of vaccination or a negative test for attendees and staff, although that still leaves uncertainty about much of the business beyond their control.

In his announcement, Brooks told his fans that he hoped to resume his tour by the end of the year, as long as he can make sure that “the environment these people are trading their time and money to put themselves into is not only the best experience ever, but also the safest one we can provide.”