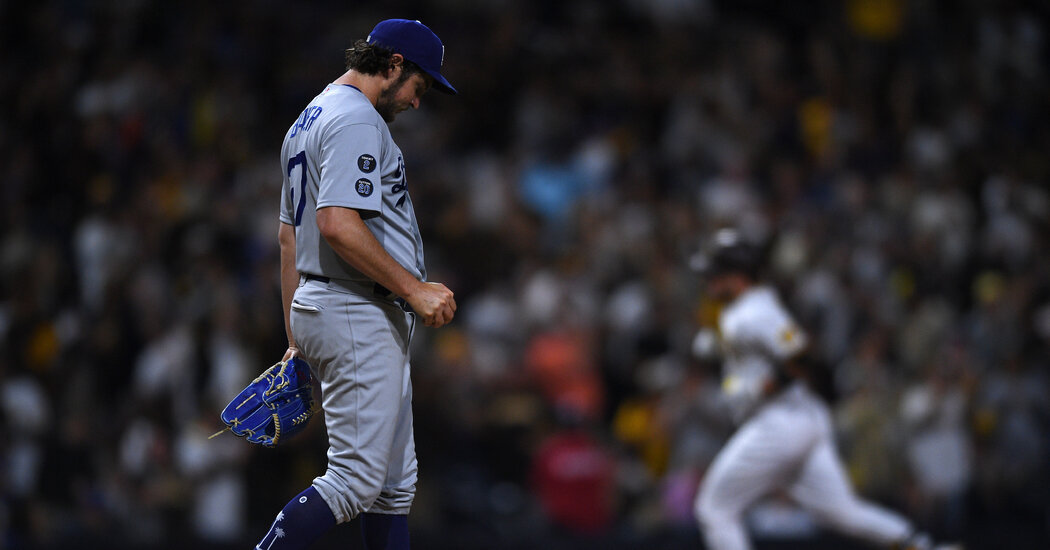 LOS ANGELES — What a mess. What an awful, ugly mess. And what a stain on baseball and one of its most venerable teams.

As he sidled next to his lawyer at a downtown Los Angeles courtroom last week, Trevor Bauer, the polarizing pitching star for the hometown Dodgers, wore the focused look of a man who knew his future was on the line.

Roughly 40 feet away, seated at a narrow table in front of a judge, sat the 27-year-old woman who has accused Bauer of sexual assault, a charge he vehemently denies.

It was Aug. 19, the last day of a nearly weeklong hearing in Los Angeles Superior Court to decide the woman’s request that a temporary restraining order placed on Bauer be made more long term.

When the Dodgers signed Bauer to a three-year, $102-million contract in February, they willfully looked past his bristling personality, his reputation as a me-first clubhouse cancer, his penchant for bullying online behavior, his objectification of women, and even his own assessment that he is good at two things: “throwing baseballs, and pissing people off.”

Bringing on Bauer was an odd and greedy gamble for a team that had just won the World Series. Already loaded with talent, Los Angeles wanted extra ammunition for its quest to repeat as champion. Bauer, who won the 2020 National League Cy Young Award with Cincinnati before becoming a free agent, of course, seemed to provide just that.

But as the team continued to jell during the back half of this grinding season, Los Angeles’s star pitcher found himself sitting before a judge at the Stanley Mosk Courthouse.

This was not a criminal trial meant to decide innocence or guilt. With a police investigation still underway, such a proceeding may come later — or it may not. Instead, the hearing would decide whether to extend the restraining order placed on Bauer in June.

Bauer pleaded the fifth so as not to incriminate himself. But his accuser’s testimony was so disturbing that I will give only the shorthand.

She described being punched, bruised and bloodied. She claimed that during sex Bauer strangled her to the point that she passed out, and that she was assaulted while unconscious.

Bauer’s lawyer denied few of her claims but described the encounter as rough sex that the woman had consented to. Not assault. The judge, taking the view that Bauer will not pose a threat to his accuser in the future, canceled the restraining order altogether.

Bauer, though, continues to face serious consequences. Police in Pasadena, Calif., where the assault is said to have occurred, are still investigating. The Los Angeles County District Attorney could still press criminal charges.

Major League Baseball placed Bauer on paid administrative leave shortly after the accusations became public. Even if no criminal charges are brought, it can hand down a lengthy suspension based on its domestic violence prevention policy, perhaps as long as a season or more.

Commissioner Rob Manfred’s response will tell us all we need to know about baseball’s priorities. Does it condone Bauer’s actions that night, consensual or not?

Does it take seriously women who say they have been sexually assaulted?

Does it have the guts to take a stand?

The night after the hearing, a mere three miles and a world away from the tense downtown courthouse, fans streamed into the gilded baseball temple known as Dodger Stadium.

When the season began, the game against the Mets had been slated as Trevor Bauer Bobblehead night. Then came the accusations of brutality. The Dodgers backpedaled. They stopped selling their new pitcher’s apparel in their team shops. The Bauer Bobblehead promotion was replaced by a Clayton Kershaw T-shirt giveaway.

What timing. Kershaw has been the team’s ace for years. He is regarded as one of baseball’s most outstanding citizens, with an image of humility and rectitude. His foundation helps the poor and vulnerable. For fans of the Dodgers, he can do no wrong. In other words, he is the anti-Trevor Bauer.

“He represents what the Dodgers are supposed to be about,” said one of the team’s longtime fans, Kevin Fernandez, as he waited for the game to begin. “Bauer? He should never play for this team again. He should not have been here.”

In July, when the Dodgers visited the White House to celebrate their 2020 World Series win, President Biden spoke of the team’s deep meaning. “The Dodgers are a lot more than a baseball club,” he said to an assemblage of the team that did not include Bauer, absent because he was not on the championship team. “They are a pillar of American culture and American progress.”

“Above all else,” he said, “the heart of Jackie Robinson.”

The Dodgers are not just any club. In the last century, they stood at the vanguard of civil rights in sports. Mythology developed around them, passed down through decades of consistency: The Dodger Way, which means not just winning, but winning with class.

Bauer, 30, has always been an immense talent, but class has hardly been his calling card. One example of many: The time he responded to online criticism from a college student by repeatedly baiting and tagging her on social media. He is savvy enough to know what would happen next: The student faced days of brutal online attacks from his social media followers.

Another instance: A Washington Post investigation recently found that an Ohio court granted a temporary restraining order against Bauer to a woman who says she was threatened by him in 2020 when he played for the Cincinnati Reds.

Bauer and his agents have denied the allegations.

His Los Angeles teammates have kept tellingly quiet about his absence. They do not appear to miss him, or need him.

Not after last month when the Dodgers brass, as if contrite, traded for Washington Nationals pitcher Max Scherzer, a workhorse star more than capable of filling Bauer’s shoes.

The team has been on a tear ever since. They entered the game against the Mets nipping at the heels of the San Francisco Giants for the top record in the N.L. West. They jumped on the Mets early and coasted to a seventh consecutive win.

Sitting in the cheap seats, I took note of the extra measure of Kershaw jerseys — and how the stands were dappled as well by Dodgers T-shirts and replica blue-and-white jerseys featuring the team’s greats of the past and present.

I did not see any fans wearing Bauer’s 27.

He has, for now, been excised from the temple.