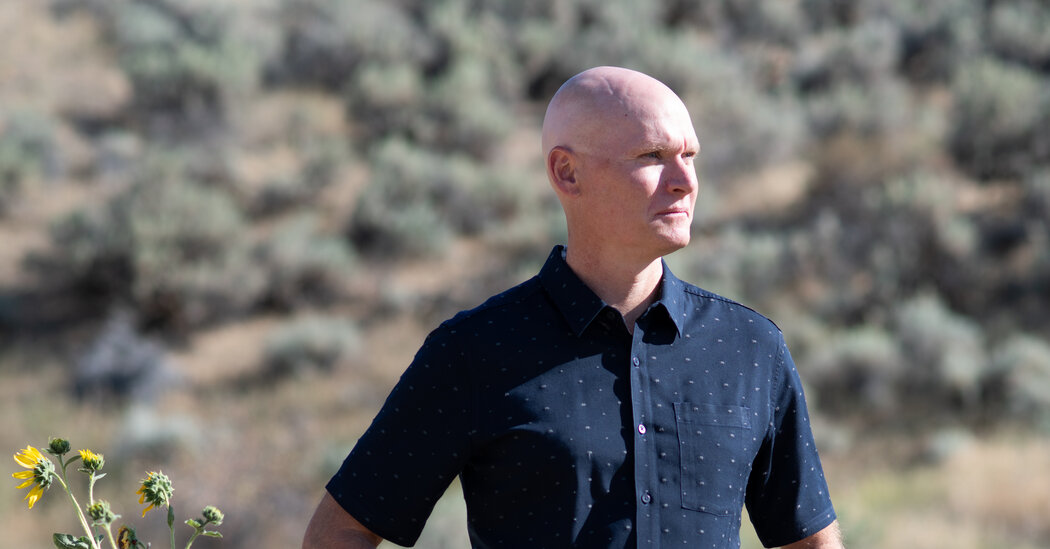 What did it mean for his friend, despite this groundedness, to contend with the phenomenon his last book became? According to Scribner, “All the Light” spent more than 200 weeks on the New York Times best-seller list. It sold more than 5.7 million copies in North America across print, e-book and audio formats and another 9.5 million copies worldwide.

“I can’t imagine any writer not getting a slight case of the bends when that success comes,” Walter said, “but whatever anxiety he had, all the expectation in the world can’t change the fact that you still have to write something else, and that’s what he did.”

After our trek down from Titus Lake, we stopped for dinner at Smiley Creek Lodge, a restaurant surrounded by acres of land and fronted by a wooden sculpture of a grizzly bear clutching a fish.

I wanted to understand more about the flip side of popularity, whether it ever made him regard his own work differently. After all, Doerr himself told me that literature has to be, at some level, “unsettling.” Can a book be unsettling and also massively popular? He did admit that the one critique of “All the Light” that landed a blow was that he had aestheticized the war, not really showing the suffering of the Holocaust.

Then there was the question of his signature short chapters. Doerr laughed off the possibility that these were an accommodation to the attention span of readers. “I know where you’re going with this,” he said with a smile, looking completely in his element with the sun heading down behind the mountains, the empty, purple vista all around us and a burger and fries on his plate.

He had hit upon this approach for the most practical of reasons. As a parent, he couldn’t hope to get more than an hour or two of solid work done before having to attend to shuttling the boys to swim practice or some other activity. “I might have stumbled accidentally into that,” he said.

It may have been by chance, and it may have had the side effect of being easy to read, but this way of putting a novel together offered a bridge between the miniaturist in Doerr and the seeker of world-spanning connections. He could focus on the details of every piece in the narrative, but there was pleasure, too, in placing them against each other. Sometimes he would lay out all these micro chapters on the floor so he could see them and discover the resonances between characters across space and time.