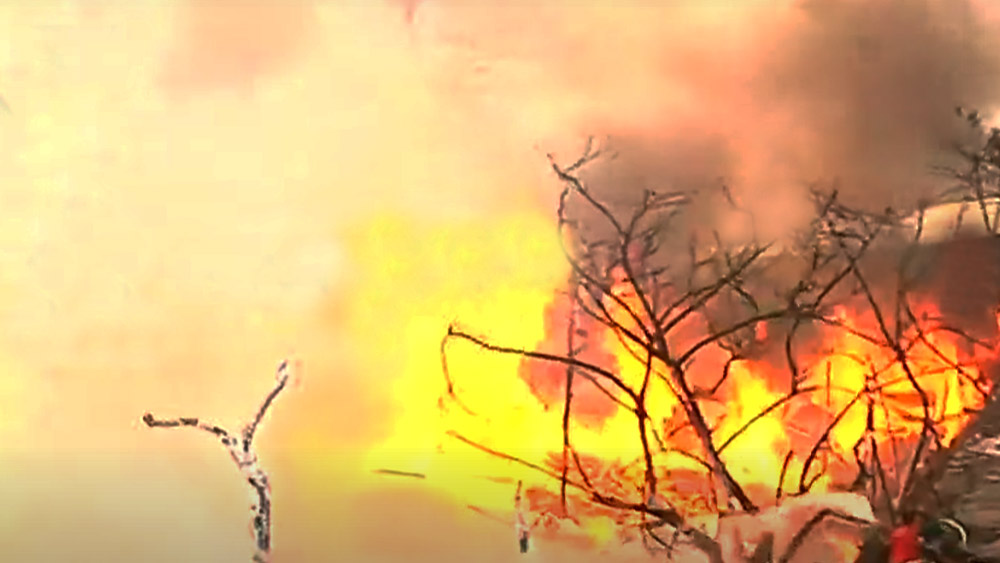 A fire broke out at a factory on Christopher Road in the Tangra area. First came six fire engines. But as the fire increased, 10 engines were brought.

The fire broke out in the Tangra area on Sunday afternoon. A fire broke out at a factory on Christopher Road in the area. The hut area is next to the factory. At first, six fire engines went to the scene. But as the fire increased, the number of fast engines was reduced to 10. It is learned that the first fire broke out in a factory near the hut. Since then, fire has spread in the hut. According to the fire department, the fire spread quickly as there was a lot of flammable material in the hut. So, although there was a problem in extinguishing the fire in the initial way, later the work of extinguishing the fire started by increasing their speed.