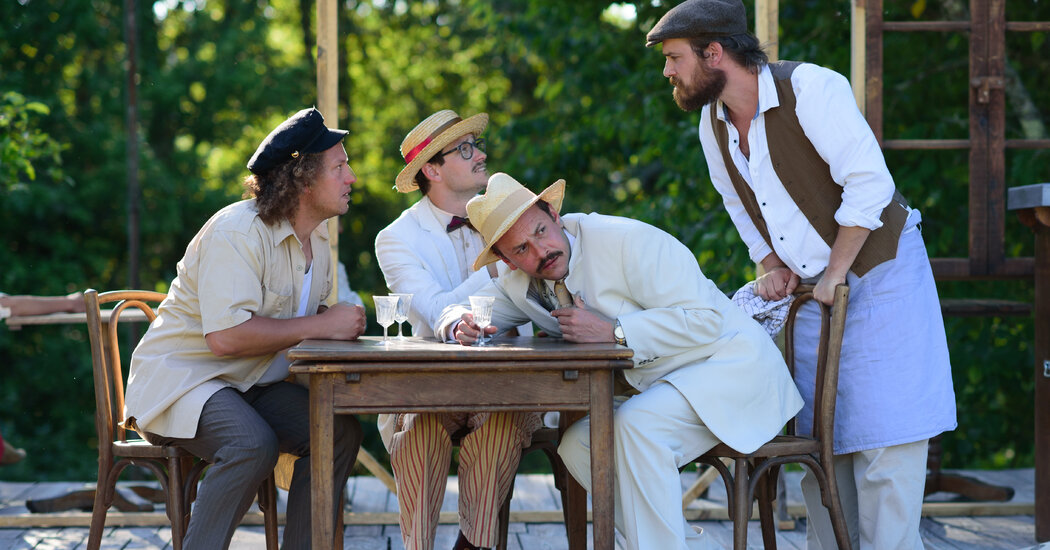 It began when the grandmother of an actor, Lazare Herson-Macarel, allowed the organizers to take over her backyard. After her death in 2012, a crowdfunding campaign raised 70,000 euros, about $82,000, to keep the festival going on her property, and the local authorities opted to buy it and lease it without charge to the collective.

The festival’s audience has kept growing, and in 2019, before the pandemic, it attracted around 10,000 visitors. Last month, it achieved a different milestone when the Avignon Festival, the most prestigious event in French theater, featured one of its productions, “The Sky, the Night and the Party,” a six-hour trilogy of Molière plays. The three plays will alternate this month in Fontaine-Guérin.

The theater establishment may be waking up to the vitality of rural festivals, but there is still a long way to go, the federation’s members say. Economically, festivals remain fragile, especially during the pandemic, and they often fall outside the criteria for local and regional funding. “Performances in rural settings aren’t recognized as ‘real’ performances, because they don’t take place in identified venues,” Pauline Bolcatto, a member of the Nouveau Théâtre Populaire and one of the federation’s architects, said in a phone interview.

This summer, the federation’s members exchanged tips and information, Bolcatto said, and discussed how best to implement France’s new health pass, a government policy that requires businesses and event organizers to check proof of vaccination or a negative coronavirus test before admitting patrons.

The noise generated by daily outdoor performances hasn’t been to everyone’s taste in quiet countryside spots. In 2019, the Nouveau Théâtre Populaire had to fight a lawsuit initiated by a neighbor; rulings so far have been in the troupe’s favor. The Roi du Coeur also faced complaints, and found a compromise: The festival will continue in its current form until the tenth edition, in 2023, and will then move to a yet-to-be-decided location.