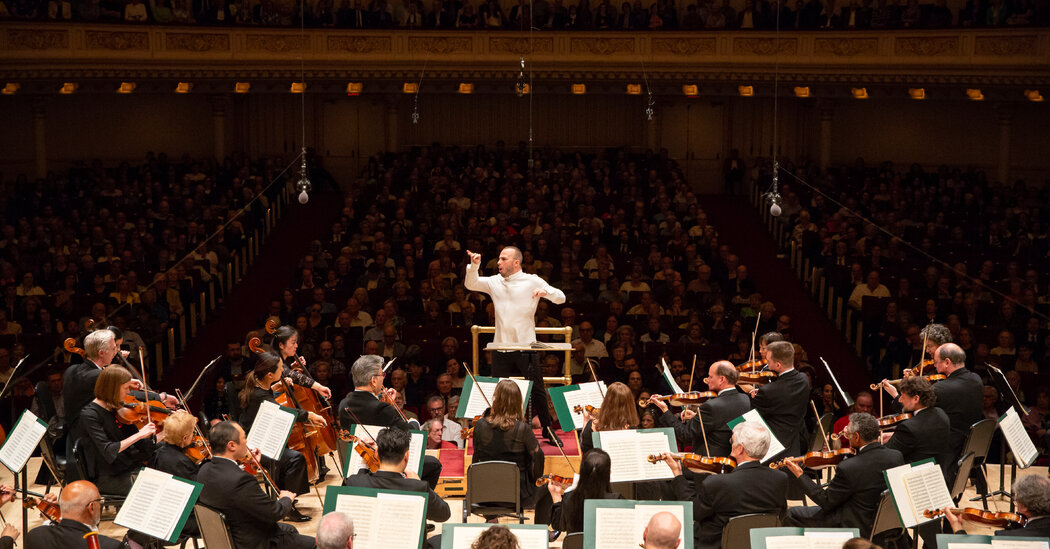 ‘PROVING UP’ Lyric Opera of Chicago’s new music director, Enrique Mazzola, begins his season with Verdi’s “Macbeth,” but it’s a heartening sign of his commitment to contemporary work that he will also be leading this beautifully bleak chamber piece by Missy Mazzoli, from 2018, about surreal suffering on the American frontier. (Jennifer Koh plays the first performances of Mazzoli’s Violin Concerto with the National Symphony Orchestra in February and the Cincinnati Symphony Orchestra in March.) (Jan. 22-30 at the Goodman Theater, Chicago)

SONYA YONCHEVA This passionate soprano, who has had coups at the Met in “La Bohème,” “La Traviata,” “Otello,” “Luisa Miller” and “Iolanta,” is rewarded by the company with a solo recital on its stage, joined by the experienced pianist Malcolm Martineau. (Jan. 23 at the Metropolitan Opera, Manhattan)

‘PENELOPE’ André Previn’s final work — a monodrama, with text by the playwright Tom Stoppard, about the patient heroine of Homer’s “Odyssey” — was completed after his death, in 2019, and now has its New York premiere. The protagonist is starrily divided between a soprano (Renée Fleming) and a speaking actress (Uma Thurman), who are joined by the Emerson String Quartet and the pianist Simone Dinnerstein. (Jan. 23 at Carnegie Hall, Manhattan)

MUSICA VIVA Joel Thompson’s choral work “Seven Last Words of the Unarmed” — which set the final words of Michael Brown, Eric Garner and five other Black men killed during encounters with the police — was written in 2014, but it has found new listeners over the past year. This wide-ranging ensemble will perform it alongside works by Bach, Abbie Betinis and Shelley Washington. (Jan. 23 at All Souls Church, Manhattan)

AMERICAN SYMPHONY ORCHESTRA Our leading reviver of rarities, the conductor Leon Botstein, led this orchestra in 2013 in a revealing staging of Sergei Taneyev’s grand opera “Oresteia,” little done since its 1895 premiere. So there will be extra interest in these forces’ performance of Taneyev’s final major work, the massive, gaudy cantata “At the Reading of a Psalm.” (March 24 brings a rich, important program of Duke Ellington’s music for orchestra — originally scheduled for March 12, 2020, and thus one of the first pandemic cancellations.) (Jan. 28 at Carnegie Hall, Manhattan)

HEARTBEAT OPERA This scrappy company, which specializes in daring rearrangements of classic works, revives its moving 2018 adaptation of Beethoven’s “Fidelio,” which set the opera in a contemporary prison and included the recorded voices of choirs from Midwestern correctional facilities. (Feb. 10, 12 and 14 at the Metropolitan Museum of Art, Manhattan)