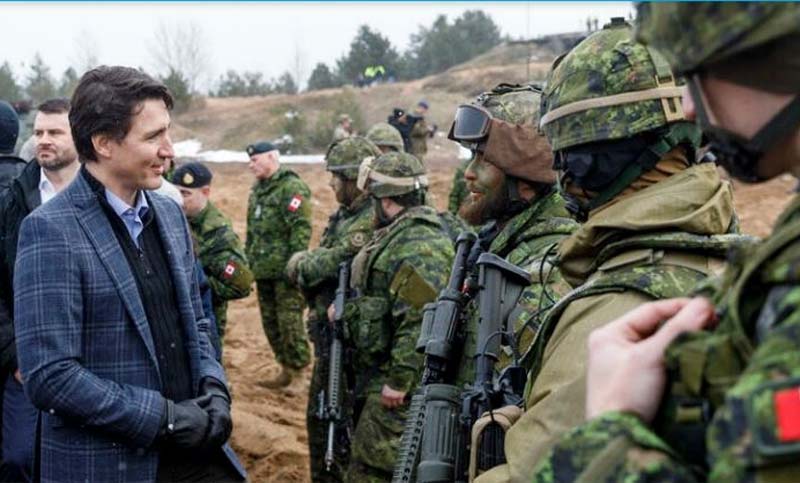 White supremacy and other violent extremism are growing at an alarming rate in the Canadian military. The concerned officials are not taking adequate steps to solve this.

A four-member Canadian advisory panel said in a report on Monday that “racism, Islamophobia and anti-Semitism are rampant in the military.” In addition, there is gender inequality at different levels of the military.

Homosexuals are being discriminated against.

The advisers’ report said that keeping these problems secret has had a negative impact on the effectiveness of the military. Through this the security of the country has been put at risk.

Canadian Defense Minister Anita Anand said: “The reality is that we have systematic racism in our institutions. These problems need to be identified and eliminated. The last two federal budgets have allocated ২৫ 256 million to change the culture of the military. ‘

The report further states that sexual misconduct, domestic violence, hate crimes, extremist behavior and involvement with white supremacists among members of the military have increased at an alarming rate.

The members of the extremist group are becoming adept at hiding their activities and involvement. Examples include the use of encryption and darknet. The military has so far shown inability to identify them.

Ed Fitch, a member of the advisory panel, said senior military officials did not know much about the extremist group. It must be eradicated through joint efforts.

In the last 20 years, 256 recommendations have been made to diversify the Canadian military and emphasize professionalism. Sandra Perron, another member of the advisory panel, said the progress of the recommendations was marked by the fact that some of them had been poorly implemented, some had been suspended and some had been scrapped.

“When the focus is on these groups, they change their names and symbols,” said General Wayne, the defense chief. Since this group has entered our mainstream, we need to be careful. ‘