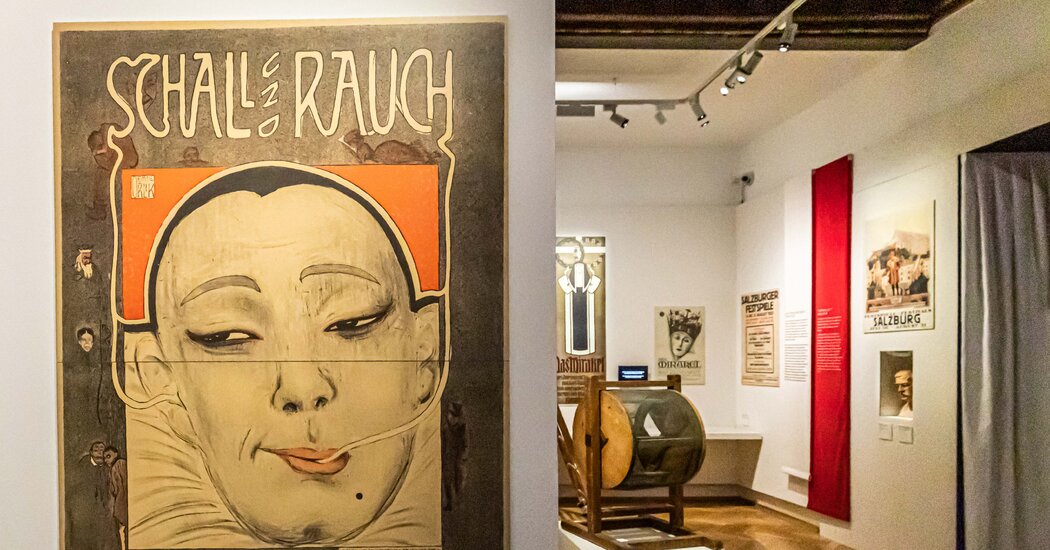 Mr. von Hofmannsthal entreated Ms. Zuckerkandl to use her influence to promote the nascent festival. “We want to elevate Salzburg, the pearl of Austrian cities, Mozart’s birthplace, to become a symbol,” the dramatist told her. “After the empire as a political entity has disappeared, Max Reinhardt and I want at least to immortalize its soul.”

Twenty years later, after she was forced to flee Vienna, Ms. Zuckerkandl wrote, “Austria no longer exists, and the spirit of the great initiators Hofmannsthal and Reinhardt has been banished.” She died in exile in Paris in 1945.

Archival materials, including photos, artwork and documents, offer an introduction to less-familiar Jewish players, including the influential set designer Oskar Strnad; Arnold Rosé, concertmaster of the Vienna Philharmonic; the singers Rosette Anday and Claire Born; and the choreographers Tilly Losch and Margarete Wallmann.

But the show also charts the fortunes of the German and Austrian artists who profited from the cultural policies of the Nazis, including the conductors Wilhelm Furtwängler, Karl Böhm and Herbert von Karajan, all of whom enjoyed great success after the war. And the exhibition is candid about the festival’s reluctance to confront its Nazi past in the postwar period.

One of the few figures to force such a reckoning was the painter Oskar Kokoschka, when he was invited to design sets and costumes for “The Magic Flute” in 1955. According to Mr. Patka, Mr. Kokoschka refused to collaborate with Mr. von Karajan, who had joined the Nazi Party in Salzburg.

The festival instead hired Georg Solti. Mr. Solti, who was Hungarian and Jewish, later became the music director of the Chicago Symphony and was a regular presence at Salzburg, where he conducted up until a year before his death in 1997.