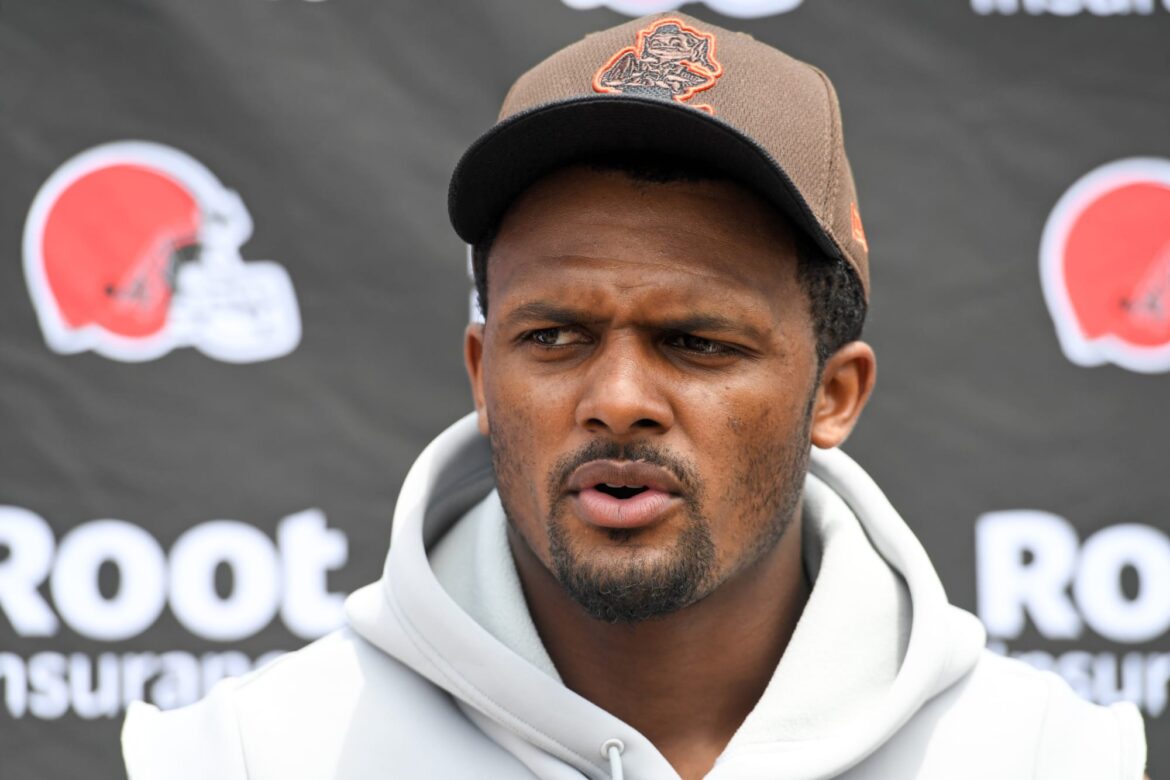 ESPN analyst Field Yates called out the Cleveland Browns for their statement saying that quarterback Deshaun Watson is remorseful following his recommended suspension.

On Monday, NFL disciplinary officer Sue L. Robinson reached a decision regarding a punishment for Cleveland Browns quarterback Deshaun Watson, who was accused of sexual assault and misconduct by multiple women. Robinson concluded that Watson should receive a six-game suspension without pay, but did not mention any fine.

Hours after the report dropped and Robinson’s 16-page explanation was released, Browns owners Jimmy and Dee Haslam released the following statement, where they say that Watson “is remorseful for that this situation has caused much heartache to many.”

ESPN analyst Field Yates took issue with the statement, pointing out that Watson last spoke to the media on June 14, where the quarterback denied ever assaulting or harassing anyone. Yates asked “at what point has he expressed any public remorse?”

At what point has he expressed any public remorse? https://t.co/l9HZ8nvKtL

Below is the interview, via ESPN, that Yates brings up.

—Deshaun Watson speaking to the media for the first time since March 25 pic.twitter.com/7MCiR5uvfo

The decision by Robinson to recommend a six-game suspension has been ridiculed by some, especially with the wording that was used in her conclusion. The ruling says:

“Although this is the most significant punishment ever imposed on an NFL player for allegations of non-violent sexual conduct, Mr. Watson’s pattern of conduct is more egregious than any before reviewed by the NFL.”

Watson faced criminal charges filed by 10 women, but two grand juries chose against indicting him. He faced 24 civil lawsuits from massage therapists, and settled with 23 of them, three of which happened this past Sunday.

A New York Times report indicated that Watson had received massages from 66 different women in a 17-month period from 2019 until 2021. That report also features accounts from some of the therapists who detailed Watson’s behavior during the sessions.

The Browns traded for Watson, and signed him to a five-year, $230 million fully guaranteed contract. Given the contract setup, he is only set to lose $345,000 in pay for his six games missed, as his base salary for the 2022 season was $1.035 million.

This situation is far from over, as the NFL can choose to appeal the recommendation and seek a larger suspension. The league, as Robinson writes in her ruling, was seeking a suspension of at least a full season.