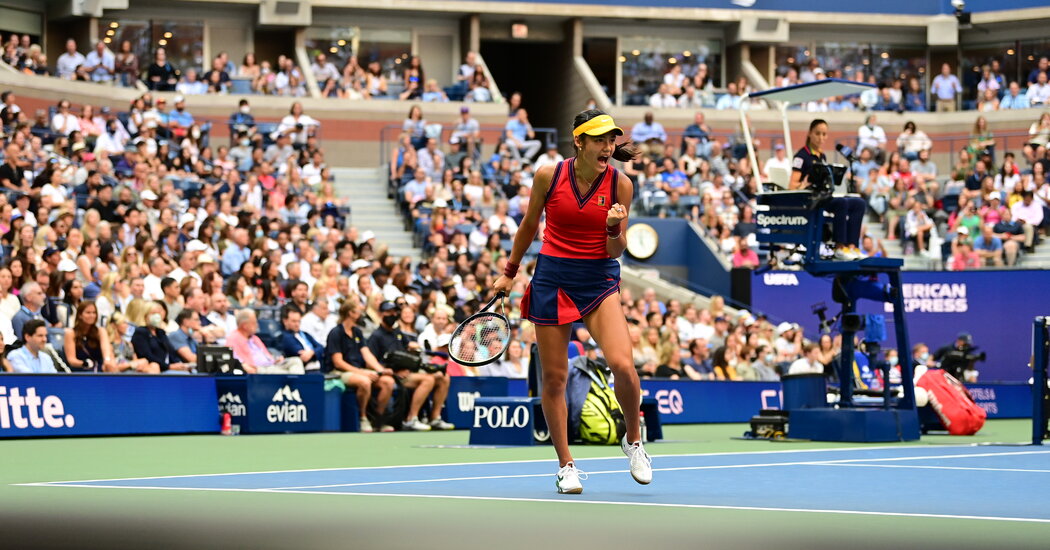 Continuing a streak that began in the qualifying draw, Emma Raducanu won her 19th consecutive set at this U.S. Open in style, but it was a battle like none have been before for her.

Raducanu missed her first set point opportunity by pushing a backhand long, and couldn’t make a difficult backhand lob on the run on her second opportunity.

Raducanu earned a third set point when Fernandez missed a forehand long, but missed her backhand return into the net.

She got a fourth set point chance by stepping around her backhand and cracking a strong inside-out forehand which Fernandez could not corral with her forehand. The fourth time was the charm for Raducanu, who bent low to rifle a forehand winner down the line into the open court, ending the set after 58 minutes.

Raducanu turned to the crowd and raised her arms, encouraging them to amplify their already ample applause for the display they have seen from both teenagers today.

Fernandez left the court after the set for a break; Raducanu stayed in her seat and enjoyed some snacks.