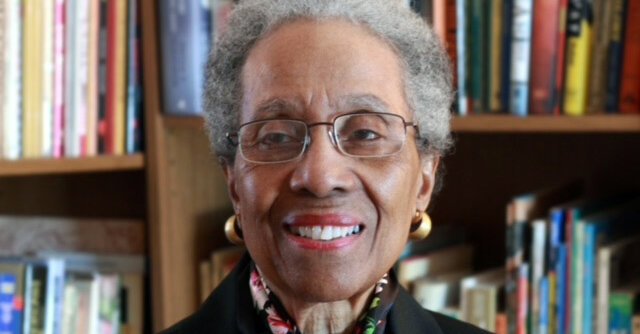 “As soon as I started writing, I knew that was what I wanted to do,” Ms. Greenfield said in an interview in 1997 with Language Arts, a journal for elementary and middle-school teachers. “Just putting the words down and rearranging them and trying to say precisely what I wanted to say was fascinating.”

There would be many more books, 29 of them illustrated by Jan Spivey Gilchrist.

“Her work is the most illustrative I’ve ever worked with,” Ms. Gilchrist said by phone. “I could see the pictures through her word selection, and, together with her rhythm and rhyme, the words were easy to illustrate.”

Ms. Greenfield’s honors include the Coretta Scott King Author Award in 1978 for “Africa Dream,” about a young Black girl’s nocturnal vision of visiting her ancestral homeland, and the Education for Liberation Award in 2016 from Teaching for Change, an organization that gives parents and teachers tools to help students learn to “read, write and change the world.”

In addition to her daughter, Ms. Greenfield is survived by her son, Steve; four grandchildren; four great-grandchildren; her sisters, Vedie Jones and Vera Darby; and her brother, Gerald Little. Her husband, Robert Greenfield, died in 2013.

In one poem in “The Women Who Caught the Babies,” Ms. Greenfield tried to describe the reaction of midwives to the Emancipation Proclamation, which meant that a child they were bringing into the world was being born into freedom.

She, the midwife, felt the
excitement circling through
the room.
She knew the reason,
knew that it was more than
the joy of a new baby coming,
but didn’t let herself
think about it yet. She had work
to do.
The mother and the other
women ignored it, too,
until they were sure that
all was well with mother
and baby.
Then they could think,
think about this new thing
That was circling around them.