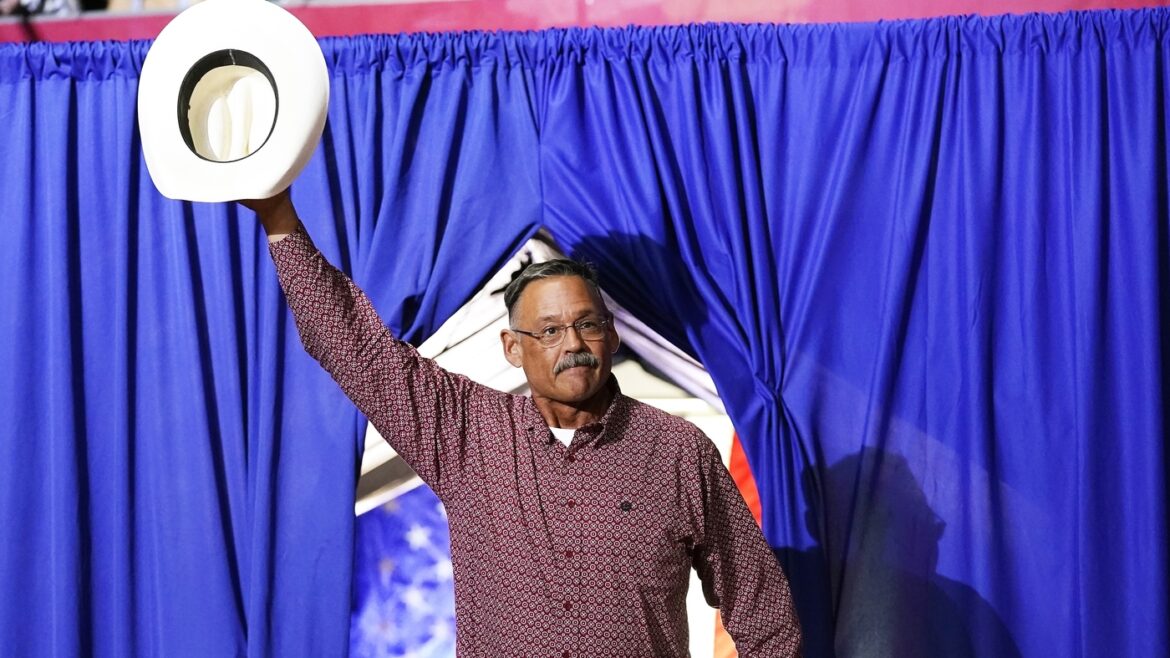 Mark Finchem, a Republican candidate for Arizona secretary of state, waves to the crowd as he arrives to speak at a rally put on by former President Donald Trump in Arizona on July 22. 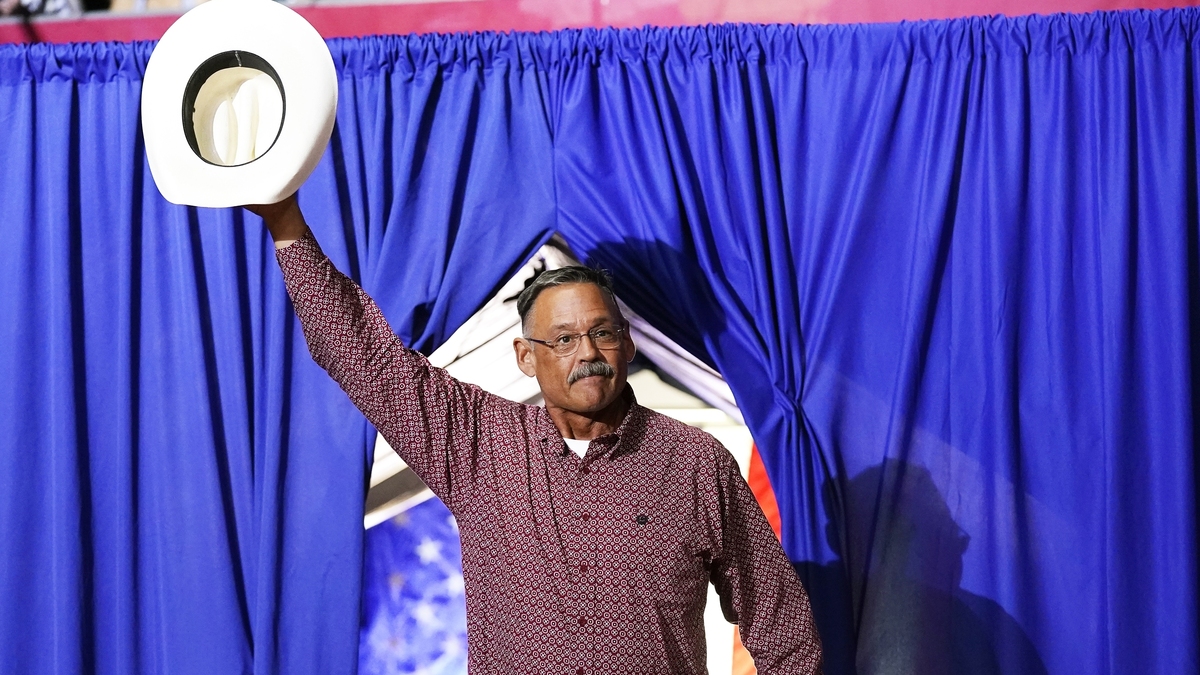 Mark Finchem, a Republican candidate for Arizona secretary of state, waves to the crowd as he arrives to speak at a rally put on by former President Donald Trump in Arizona on July 22.

Mark Finchem, a state representative and election conspiracy theorist who was endorsed by former President Donald Trump, has won the GOP nomination to oversee voting as Arizona’s secretary of state, according to a race call by The Associated Press.

Finchem will appear on the November general election ballot against either Democrat Adrian Fontes, the former county clerk of Maricopa County, Arizona’s most populous county, or Democrat Reginald Golding. The AP has not yet called that race.

Finchem was seen as the Republican frontrunner after securing Trump’s endorsement last September. He won the former president over by becoming one of the loudest proponents over the past two years of the lie that Trump won the 2020 election.

Finchem sponsored legislation this year that sought to decertify the 2020 election in three Arizona counties based on false allegations of fraud, and he was the U.S. Capitol on Jan. 6, 2021, although he says he did not break the law by going inside.

In an interview with NPR earlier this year, Finchem declined to call what happened there a riot or insurrection.

“What happens when the People feel they have been ignored, and Congress refuses to acknowledge rampant fraud. #stopthesteal,” he tweeted that day, with a photo of people waving Trump flags on the Capitol steps.

Finchem is a longtime member of the Oath Keepers, a far-right extremist group, and he becomes the sixth election denier this primary season to move closer to overseeing voting as a statewide elections chief.

Election-denying candidates in Alabama, Indiana, Nevada and New Mexico also won GOP primaries earlier this year and in Michigan, an election denier won a party vote to become the Republican nominee there during an endorsement convention in April.

In the time since voting ended in 2020, those who believe fraud was rampant in that election have weaponized that false narrative to strip back voting access measures, as well as election security tools like the Electronic Registration Information Center or ERIC.

That’s led to fear among election experts about the sort of policies these candidates would implement should they be elected.

“I never thought we would be talking about individuals governing our election system … who felt that they should put their fingers on the scale,” said Tammy Patrick, a former Arizona election official and now a senior adviser at Democracy Fund.

Finchem, for instance, says he wants to get rid of early voting and pull Arizona out of ERIC, despite bipartisan agreement that the system is among the best tools states have to detect and prevent voter fraud.