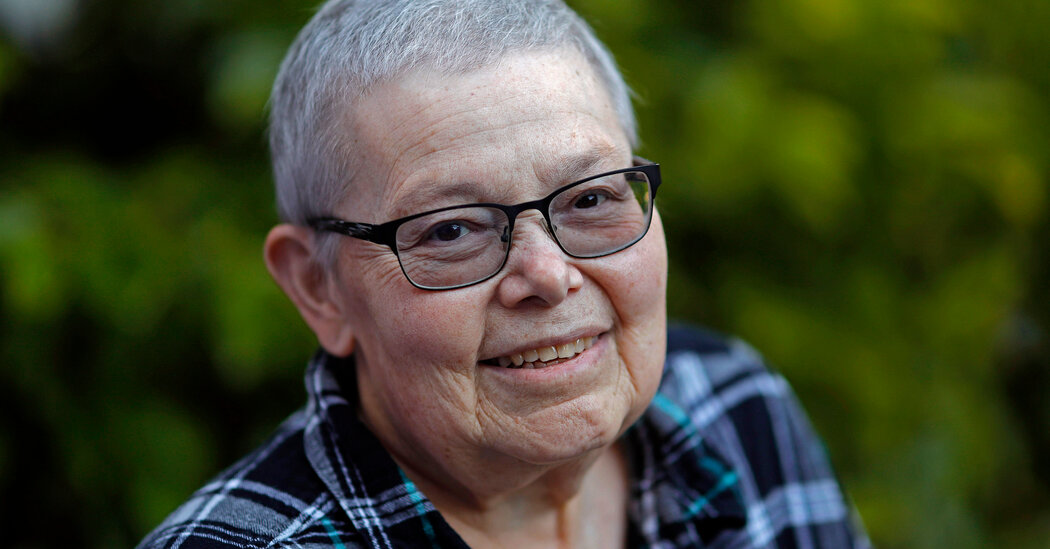 (“I figured if I called myself Dykewomon,” she joked in an interview with J: The Jewish News of Northern California this year, “I would never get reviewed in The New York Times. Which has been true.”)

Her 1997 novel, “Beyond the Pale,” about Russian Jewish lesbian immigrants who work in New York’s notorious Triangle shirtwaist factory and survive its deadly fire to become trade unionists, won the Lambda Literary Award for Lesbian Fiction. In 2009, she published “Risk,” a novel about a struggling middle-age lesbian who turns to gambling as an escape.

Elana Michelle Nachman was born in Manhattan on Oct. 11, 1949, the oldest of three children of Harvey and Rachel (Weisberger) Nachman. Her father was a plaintiffs’ lawyer who moved the family to Puerto Rico in 1958 to open a practice. Her mother was a researcher for Life magazine and later a librarian in Puerto Rico.

It was a fiercely Zionist household. Her father, who had been a navigator in the United States Army Air Forces in World War II, volunteered as pilot in the Arab-Israeli War of 1948, her brother, Mr. Nachman, said, and her mother helped smuggle arms to Israel.

Ms. Dykewomon maintained a strong sense of Jewish identity, even if she was not religious as an adult. Regarding her name change, she once said, “If I had to do it all over again, I might have chosen Dykestein or Dykeberg,” according to an obituary in The Times of Israel.

Even before she was a teenager, Elana “knew she was somehow ‘different,’ but was told by doctors she couldn’t possibly be homosexual,” her brother said in an interview. Living in Puerto Rico from the age of 8, he added, she also felt “sharply alienated from the Latin macho culture and the sexual role-playing by women and men there.”