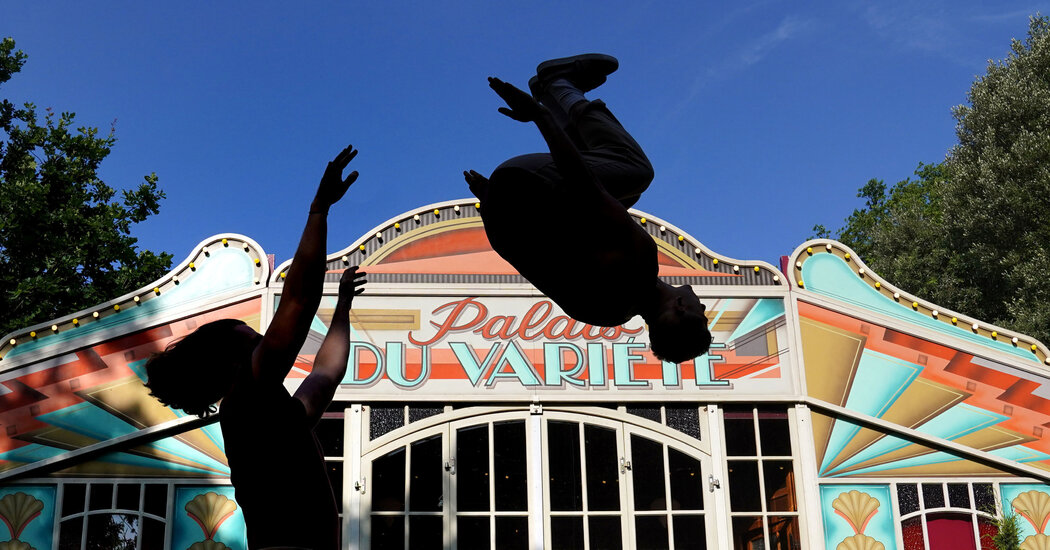 EDINBURGH — The drone of bagpipes drifted down the Royal Mile last Saturday, as members of a student theater troupe walked the cobblestones trying to drum up interest in their show.

In a normal year at the Edinburgh Festival Fringe, this central artery of the city’s Old Town district would have been packed tight with young performers and street acts, all competing loudly for the attention of passers-by. But late Saturday morning, there was only one group around.

“We were the only ones here yesterday, too,” said Serena Birch, 22, a member of the Aireborne Theater Company, from the University of Leeds. “Usually, it’s like a fight.”

Before the pandemic, the Edinburgh Fringe, which opened last Friday and runs through Aug. 30, was surpassed only by the Olympics and the soccer World Cup in terms of audience size. In 2019, the Fringe sold more than three million tickets for 3,841 shows at 323 venues — an increase of 31 percent in five years. Independent researchers estimated that the event generated around $1.4 billion for Scotland’s economy.

But after the 2020 event was canceled, the Fringe was plunged into financial peril. A tentative comeback this year, buoyed by a $1.4 million government bailout, will see fewer than 850 shows presented — a third of them online. Uncertainty around the easing of coronavirus restrictions in Scotland, where limits on audience sizes were in place until Monday, seems to have kept performers and spectators away.

This year’s slim, yet typically weird and wonderful, program features stand-up comics, like Daniel Sloss and Jason Byrne; a choral drama about migration staged on an out-of-town beach; and an educational walking tour, led by pelvic physiotherapist, titled, “Viva Your Vulva.”

Established in 1947 as a free-spirited alternative to the highbrow Edinburgh International Festival, the Fringe is built on the principle of open access for performers, meaning any acts that pay a registration fee can present a show. It is one of several major festivals that take place in Edinburgh in August, but it is by far the largest.

For some in a city with a population of only around 500,000, a break from the Fringe last year, followed by a much smaller festival this year — one that doesn’t clog up roads and sidewalks, or cause short-term rents to skyrocket — has been welcomed.

Shulah Stewart, 35, a home care manager, said last year’s cancellation gave locals “an opportunity to just enjoy the city in summer, in a way that they can’t ordinarily.”

And even the Fringe’s organizers say the event had become too big.

In an interview, Shona McCarthy, the chief executive of the Fringe’s coordinating body, said it was time for a “serious conversation” in the coming months about how to build back in a smaller and more sustainable way. She said that “some kind of regulation” of the Fringe’s open-access policy could be considered for future editions.

While theater and comedy make up most of its program, the Fringe has expanded over the years to embrace a broad range of acts. But McCarthy said that some items on the schedule — like open-top bus tours and wine tastings — stretched the definition of performing arts. The Fringe needs to “be brave” and question why events like those have become such a huge part of the festival, she said.

Yet the owners of Underbelly, an events producer that runs some of the Fringe’s busiest venues, said in a joint interview that a move away from the open-access policy would hamper the event’s fragile recovery. “As soon as the Fringe became closed access, then a new fringe would just start up alongside it,” said Charlie Wood, an Underbelly director.

“No one can control the festival,” he said. “It’s organic.”

Ed Bartlam, Wood’s business partner, said many locals’ criticism of the Fringe’s size was based on an “urban myth” that the event was primarily for people from outside Edinburgh and Scotland.

According to a Fringe spokeswoman, people from Scotland made up more than half of the audience members at the 2019 event, and Edinburgh residents around 35 percent. About 7 percent came from outside Britain, she added.

McCarthy said the digital hybrid model for this year’s festival, with a mix of online and in-person events, would remain for future editions so that audiences and performers could take part in the Fringe “without necessarily having to travel here.”

Underbelly’s owners said they would not be presenting any online events in this year’s program. They “can sometimes work,” Wood said, “but you have to spend a lot of money on it, and therefore it doesn’t work for this festival.”

Out and about in Edinburgh, the question of whether a bigger Fringe was better drew a range of responses.

Claire Mackie, 41, an animator, said the event’s usual “noise and chaos” never used to bother her, even when she lived close to the Royal Mile. “I liked the buzz,” she said, adding that this year’s Fringe seemed “subdued.”

Jackie Honisz, 70, a retiree, sitting in her garden beside the Pleasance Courtyard venue complex, said she didn’t miss the Fringe last year, and didn’t want it to return to its previous scale: “Because of Covid,” she said, and because festivalgoers would regularly leave trash in the streets around her home.

The comedian Josie Long, 39, made her Fringe debut at 17 and has returned as a performer for 16 of the past 22 years, including this year with a work-in-progress show for limited, socially distanced audiences at the 100-capacity Monkey Barrel Comedy. In a phone interview, she said she felt like this year’s festival was “just about enough Fringe that people can handle psychologically.”

But Long added that she hoped the festival would one day return to its sprawling prepandemic proportions. “Making fewer opportunities doesn’t tend to stop the arts being the preserve of privileged people,” she said.

“I can’t wait until it’s in a position where I can say it’s annoying again,” she added.