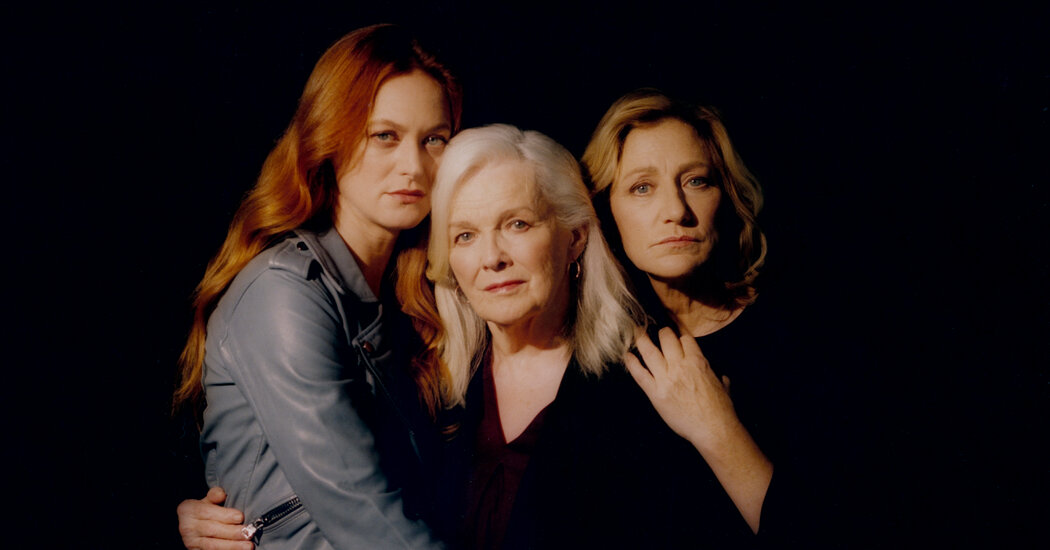 You’ve had decades-long careers in which you’ve somehow avoided playing wife, mom and girlfriend characters. Edie you played Carmela Soprano, one of TV’s most famous wives, but that’s a character with full interiority. So how did you do it?

BROWN If you’re a certain kind of person, you don’t actually get offered those particular roles. They knew you weren’t going to comply.

FALCO Up until I was 40, I was neither wife nor mother. That left me a lot of years of working where I was always being asked to imagine my way into roles that just didn’t have a resonance for me. I love that people think we make choices about what roles to take and not. I went where the work was.

IRELAND I’m still not a wife or a mother. Maybe never. Who knows? I definitely consciously made choices not to go after a lot of those parts. Because I didn’t relate to them. Sometimes I would have to argue with the agents, because I’d be like, I’m not going to go in for that. I’m not your gal if you’re telling a story about a mom and her kid. I’m not going to be as good at that as somebody else.

How did you dodge playing strictly likable characters?

BROWN I got called out to California. There used to be a system where they put you in all of these television shows, “Marcus Welby, M.D.” and “The Rockford Files.” The parameters were so narrow, because you had to be so lovely all the time. The way I coped with it was actually to take a Valium every morning when I went to work. I went back to New York.

FALCO I need to like her, at least a little. Or I need to understand why she made the choices she did. What’s underneath all of it is people’s desire to connect, to be happy, not to suffer. If you can get to that on some visceral level, people tend to come for the ride.

IRELAND If we put the ugly parts of ourselves out there, then other people who see that won’t feel like those ugly parts are their private shame. They’ll be like, ‘Oh, O.K. Everyone’s like that.’ That’s a freeing thing to show people — the ugly stuff, the unlikable stuff. And it’s nothing to feel ashamed of. It’s part of why the three of us have ended up in this play.