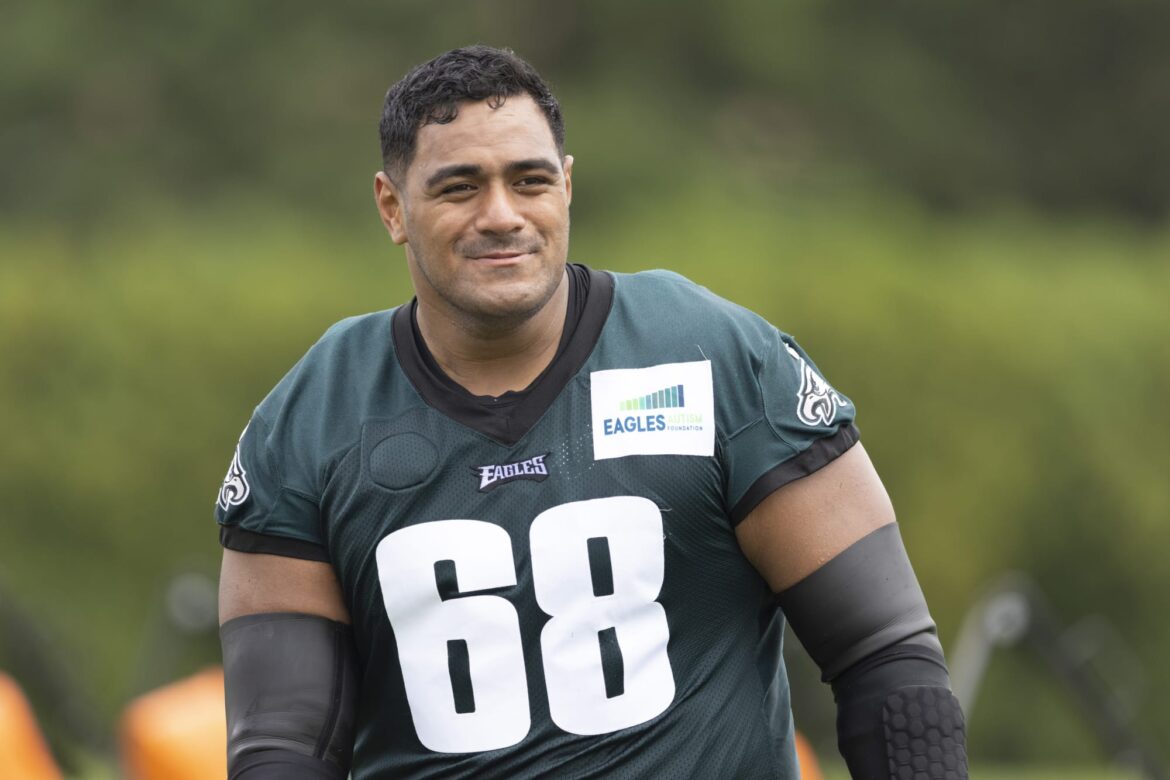 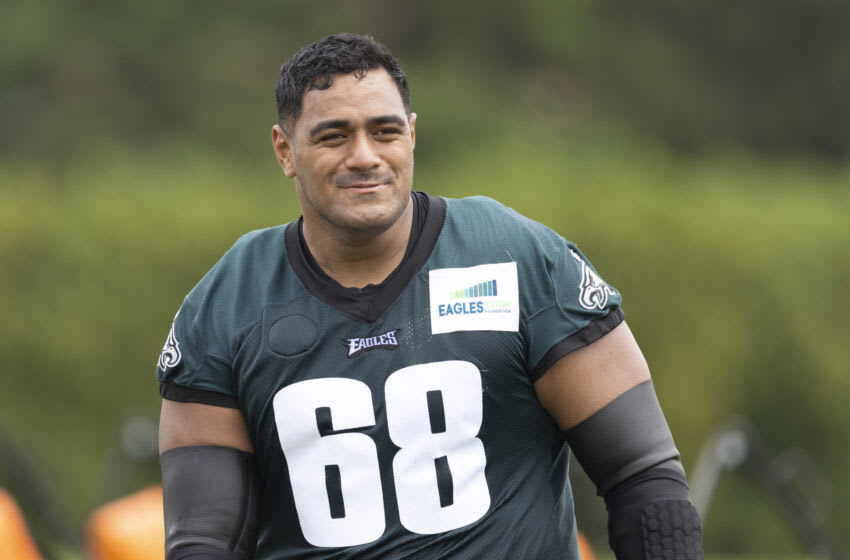 PHILADELPHIA, PA – JULY 29: Jordan Mailata #68 of the Philadelphia Eagles looks on during training camp at the NovaCare Complex on July 29, 2021 in Philadelphia, Pennsylvania. (Photo by Mitchell Leff/Getty Images)

Eagles left tackle, Jordan Mailata, calls out the NFL after suffering a concussion during practice while wearing protective gear — “the cap is fake news”

Over a decade after it was invented the guardian cap was officially made mandatory by the NFL for certain positions during training camp this year. After just a few weeks of the protective caps being used in practice, their effectiveness is being questioned. Eagles left tackle Jordan Mailata recently suffered a concussion in practice and offered his thoughts on the protective gear this morning.

Jordan Mailata on whether he’s surprised he suffered a concussion while wearing a guardian cap in practice: “The hat’s fake news. It doesn’t stop anything. I’m sorry NFL. I really do mean that, though. It didn’t stop anything.”

Player health concerns, particularly in regards to head trauma, have become the forefront of football discussion over the past 10 to 15 years. While the league has taken steps to minimize nasty injuries with adjustments to the rule book and lending a hand to more stringent officiating, it seems as if their first effort at introducing protective equipment was a flop.

Mailata calling out the guardian cap as “fake news” is a reality check that nothing can stop the risk of concussions in football. It is impossible to entirely remove the potential of head injuries, especially within the trenches. Back in March, when the caps were mandated, it was sensible to believe the newest enhancement to player safety would keep the league concussion-free through training camp. Apparently their deployment was just the league’s latest effort in the perpetual development that is working to maximize player health and safety.

Whether or not the game can truly become ‘safer’ is up for debate, but Mailata’s latest concussion reinforces the idea that everyone who plays is willing to assume the risk that comes along with doing so.

Player battles with CTE are a grave concern to everyone involved in the game, but suggesting that the league has the ability to completely irradiate injuries that lead to progressive brain damage is unrealistic. Maintaining a consistent effort at minimizing player exposure to head-to-head contact, and continued openness to and understanding of the topic is the most that anyone can expect from the NFL.