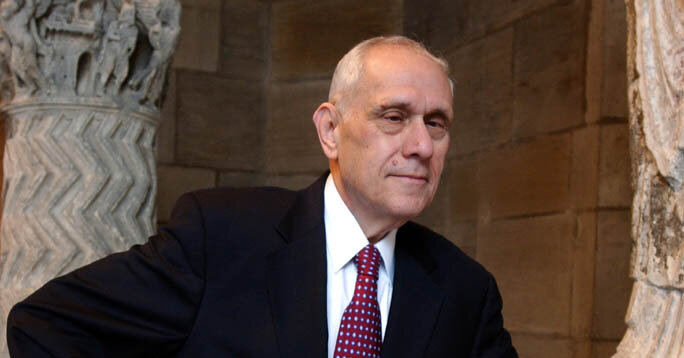 Mrs. Kagan, who taught elementary school and wrote two books about the history of New Haven, Conn., died in 2017. Along with his sons, Professor Kagan is survived by two grandchildren.

Professor Kagan’s “On the Origins of War and the Preservation of Peace” (1994), which argued that leaders need to show not just power but also courage in the face of challengers, was influential among foreign policy hawks.

He attended Brooklyn College and later received a master’s degree in history from Brown University and, in 1958, a doctorate from Ohio State University. He taught briefly at Pennsylvania State University and traveled to Greece on a Fulbright, his wife and newborn son Robert in tow, before settling at Cornell University.

Professor Kagan fell in love with Cornell, especially the collegiality of its faculty. But in 1969, when armed Black students took over an administration building, demanding the creation of an Africana studies center and amnesty for fellow students who had been disciplined for an earlier protest, the university’s decision to negotiate with them struck him as a capitulation to violence. Months later he decamped for Yale. The crisis at Cornell was, he later said, the worst experience in his life.

Though he at first admired Kingman Brewster, Yale’s president, for his stand against campus radicalism, in 1974 Professor Kagan publicly criticized him after the university canceled a speech by William Shockley, a Stanford physicist and Nobel Prize winner who believed that Black people were genetically inferior. Professor Kagan strongly disagreed with Shockley’s views, but he believed the university should be exposing students to challenging points of view.

In response to that criticism, Mr. Brewster asked the historian C. Vann Woodward to write a report about campus speech, and later adopted many of its proposals that lined up with Professor Kagan’s views.

Professor Kagan’s passion for ancient Greece informed another of his great loves: sports. He liked to say that one root of his contrarian nature was that as a child in 1930s Brooklyn, he was a Yankees fan in a sea of Dodgers caps. Among his greatest moments, he said, was the year Yale asked him to serve as acting athletic director, a job he relished even as he continued to teach history.

He saw baseball as a Homeric allegory, one in which a hero — the batter — ventures from home and must overcome unforeseen challenges in order to return. That view set up one of his most celebrated articles: a withering review in The Public Interest of the columnist George Will’s book “Men at Work: The Craft of Baseball” (1990).