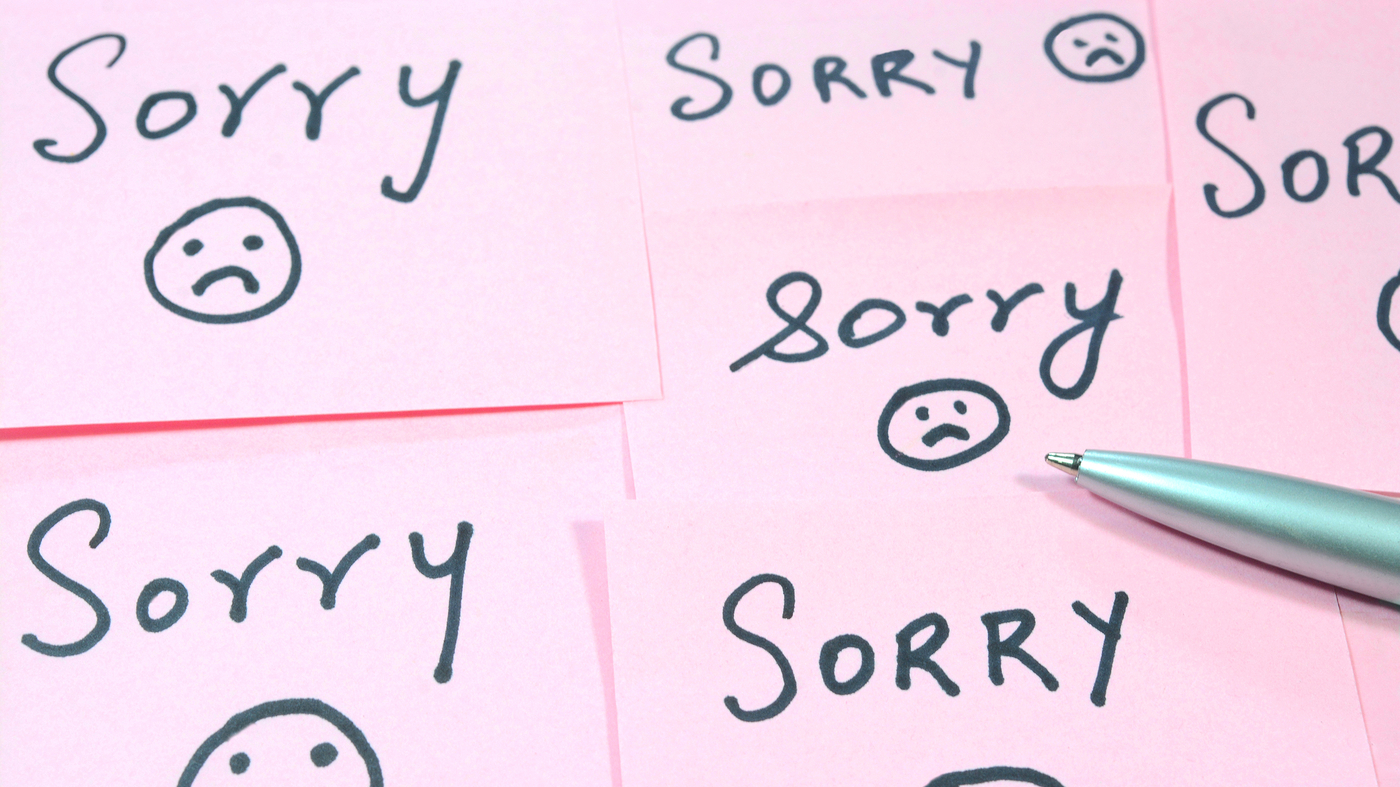 There are certain words that can creep into apologies but should be avoided, experts say. 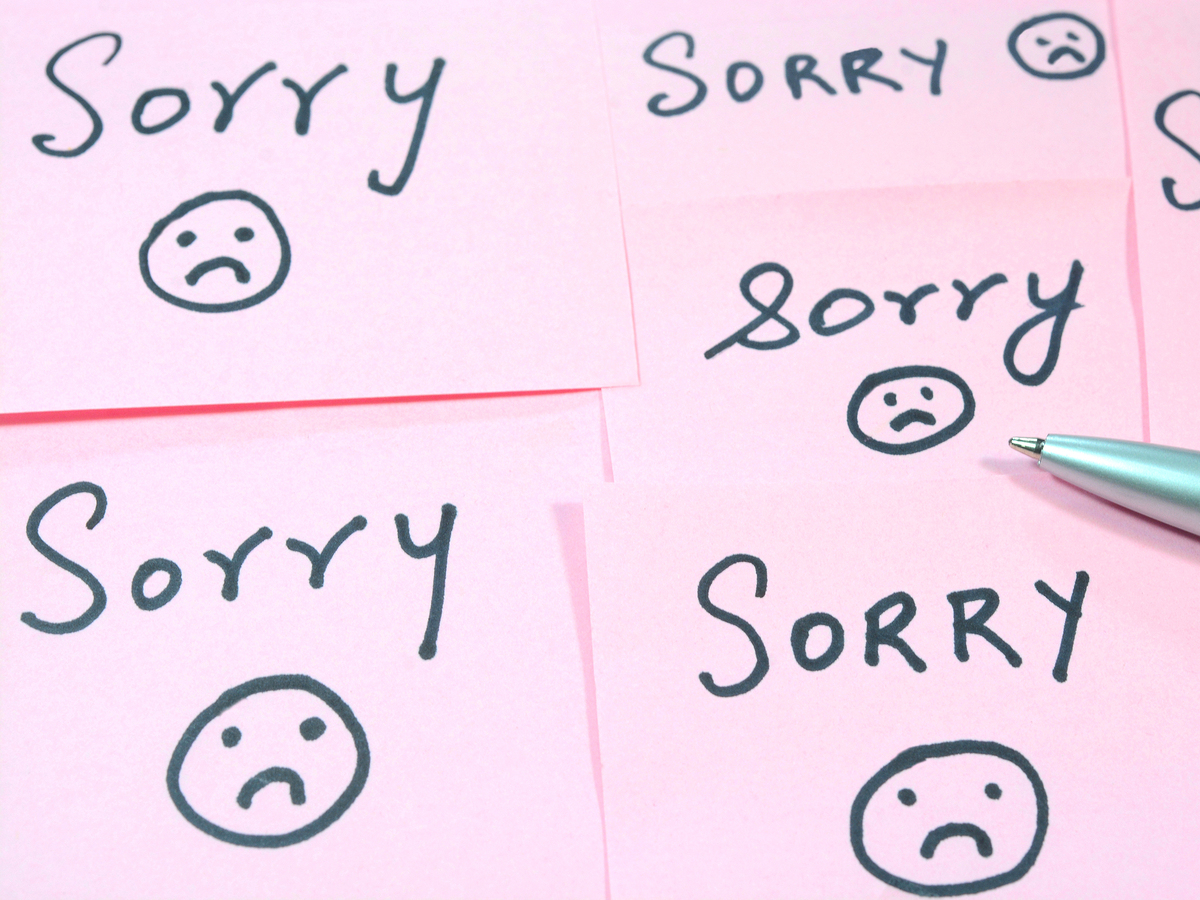 There are certain words that can creep into apologies but should be avoided, experts say.

There’s something very powerful about receiving or giving a heartfelt, genuine apology.

Bad apologies, on the other hand, can be disastrous and lead to more hurt.

The new book, Sorry, Sorry, Sorry: The Case for Good Apologies, draws from a broad range of research to explain the power of apologies, why we don’t always get good ones, and the best way to tell someone you’re sorry.

Co-authors Marjorie Ingall and Susan McCarthy break down the six (and a half) steps to great apologies. They are:

Say you’re sorry. Not that you “regret,” not that you are “devastated.” Say you’re “sorry.” Say what it is that you’re apologizing for. Be specific. Show you understand why it was bad, take ownership, and show that you understand why you caused hurt. Don’t make excuses. Say why it won’t happen again. What steps are you taking? If it’s relevant, make reparations: “I’m going to pay for the dry cleaning. Just send the bill to me. I’m going to do my best to fix what I did.”

“These six steps are relevant for adults, for children, for corporations, for institutions, for governments,” Ingall said. “And six-and-a-half is ‘listen.’ People want to be heard, and don’t jump over them. Let the person that you hurt have their say.”

Ingall said saying the word “sorry” may seem obvious, but it didn’t always happen. Instead, people say things like they’re “regretful,” and this isn’t the same thing.

Then there are the words not to say during an apology.

Ingall points to words like “obviously” (“If it was obvious, you wouldn’t have to say it”) and “already” (“‘I’ve already apologized’ is a thing we hear a lot”), and the qualifiers like “sorry if…” and “sorry but…” and “I didn’t meant to.”

“Intent is far less important than impact when it comes to apologies,” Ingall said.

McCarthy adds that a bad apology can even make things worse.

“It’s akin to the cover-up being worse than a crime, if you make an apology that says, you know, ‘You shouldn’t even have a white sofa,’ or, ‘You shouldn’t have been standing there,'” she said.

On the other hand, a great — even late — apology can have tremendous healing power, the authors say.

“I received a letter years after a breakup from a boyfriend,” McCarthy said. “And he just said, ‘I wanted you to know I’m getting married. And I’m aware that I was often not a good boyfriend. And I want you to know that I was listening, even when it didn’t seem like I wasn’t listening. And I’m going to be a better husband because of our relationship.'”

McCarthy said there was no return address on the letter, which made it feel more meaningful as there was no expectation of a response.

“I still had some sad and angry feelings about that relationship, and it felt so healing,” she said. “And it felt like it was good for my relationships moving forward, too. I mean, a good apology is a really, really potent thing.”

“I think in some ways we don’t even understand yet.”