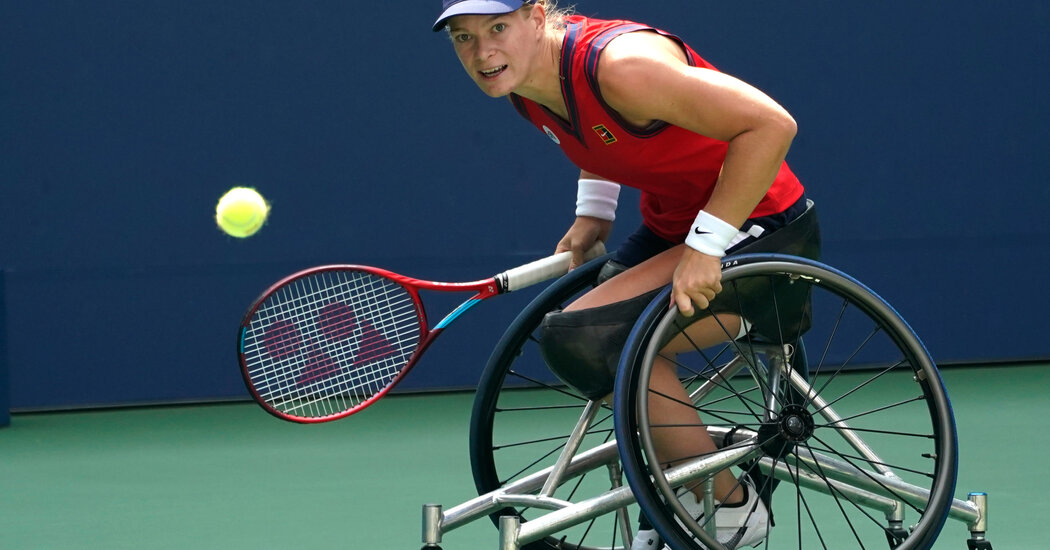 The tennis Grand Slam is so rare that only five players can claim one, and no player at all has achieved the feat since 1988. The Golden Slam, winning all four majors and a gold medal in the same year, is nearly impossible. Only Steffi Graf had ever done it.

Until Sunday, when it was accomplished twice.

First came Diede de Groot of the Netherlands, who won the wheelchair competition at the U.S. Open to complete a sweep of the year’s four Grand Slam tournaments to go with her Paralympic gold medal.

Later in the day, Dylan Alcott of Australia completed the same feat in the men’s quad event. (As opposed to those in the wheelchair division like de Groot, quad players also have significant loss of function in at least one upper limb.)

De Groot defeated Yui Kamiji of Japan, the same woman she defeated in Australia, France and at the Paralympics, 6-3, 6-2. Her Golden Slam almost didn’t get started this year: She needed a third-set tiebreaker to beat Kamiji at the Australian Open.

Despite the accomplishment, De Groot, 24, said she felt a little let down by her play: “After such a long time of traveling and just being everywhere in the world, also I think both of us are a little bit tired. I think you could see it in the match, unfortunately.”

Sunday’s Open championship was the 12th in a Grand Slam singles event for De Groot, still behind the record of 21 set by her countrywoman Esther Vergeer in the early part of this century.

Alcott defeated the 18-year-old Niels Vink of the Netherlands, 7-5, 6-2, to complete his own Golden Slam. It was Alcott’s 15th Grand Slam singles title. Because the quad event is only three years old at the French Open and Wimbledon, it was the first chance for any quad athlete to win a Golden Slam.

“Everybody in this room asked me, ‘Are you thinking about the Golden Slam?’” said Alcott, 30. “I’ve said, ‘No, I don’t really care about it,’ all year. Of course I cared about it. It’s nice not to pretend anymore.”

In 1988, Graf said after completing her Golden Slam at the Seoul Olympics: “I’m very excited. It’s something not many people after me will achieve.”

It took 33 years. And then it only took a few hours.