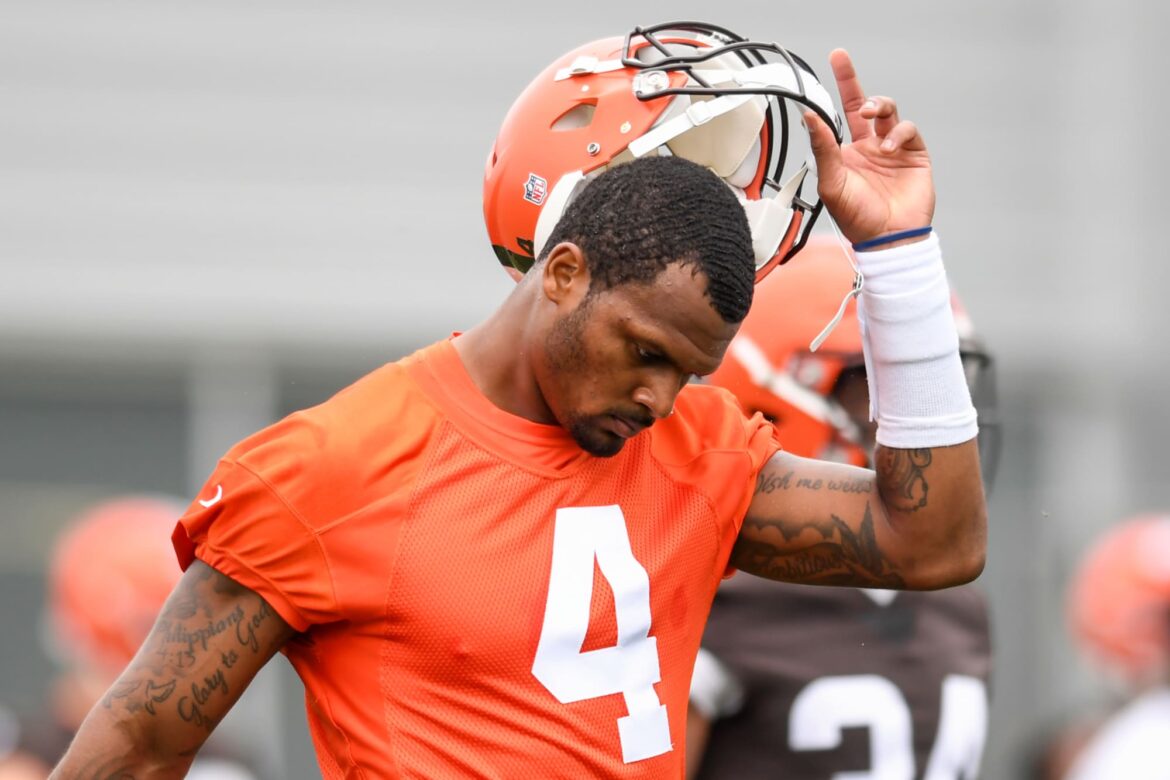 Throughout the offseason, the NFL world has awaited to see what kind of discipline Cleveland Browns quarterback Deshaun Watson will receive after facing over 20 civil lawsuits over sexual assault and misconduct allegations. A decision regarding whether he will receive a suspension for violating the league’s personal conduct policy is on the horizon.

According to Mary Kay Cabot of Cleveland.com, NFL disciplinary officer Sue L. Robinson is expected to announce her decision regarding a potential suspension for Watson around 9 a.m. ET on Monday.

CBS Sports’ Josina Anderson was the first to report about an announcement coming on Monday.

An independent arbitrator stated that Watson should face a six-game suspension for violating the league’s personal conduct policy. Roger Goodell has three days to decide whether that suspension should stand.

Deshaun Watson disciplinary ruling expected to be announced on Monday

Even with the ruling looming, it will not be final, as both the league and the NFL Player’s Association can appeal it.

Last year, accusations of sexual assault and misconduct against Watson surfaced. A New York Times report back in June indicated that the quarterback had booked massage appointments with 66 different women over a 17-month period and detailed graphic encounters between Watson and the massage therapists.

Back in March, Watson’s criminal charges were dropped by a grand jury, but he was still subject to civil lawsuits. Last month, Watson settled 20-of-24 of the civil suits.

With the allegations surrounding Watson, the Browns acquired Watson in a trade with the Houston Texans in exchange for three first-round picks, a 2023 third-round pick, and a 2024 fourth-round pick. Additionally, the Browns signed Watson to a five-year, $230 million, fully guaranteed contract.

If Watson is to miss time due to a suspension, the team will start Jacoby Brissett. The team also has Joshua Dobbs on the roster, as well as Josh Rosen, who they signed to a contract this month.