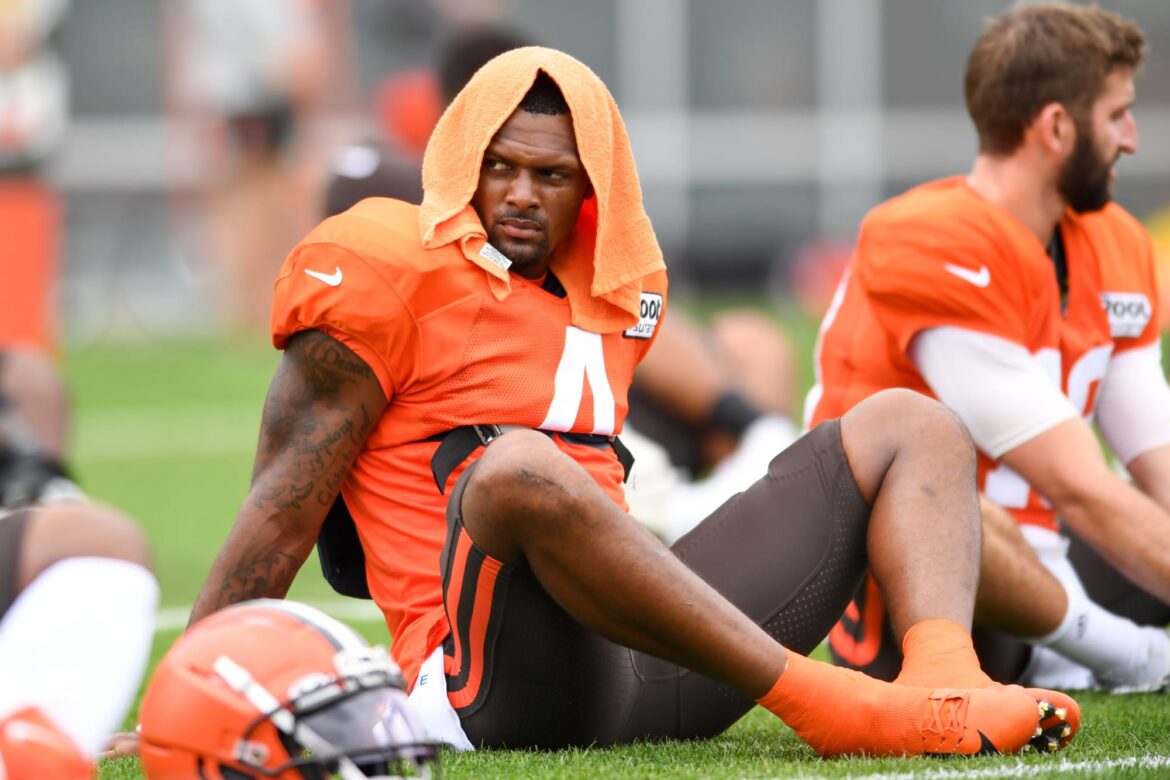 As the NFL is appealing the six-game suspension for Browns quarterback Deshaun Watson, it seems as if the signal-caller is willing to consider settling.

Deshaun Watson will be on a football field for the first time in well over a year as he’s expected to suit up for the Cleveland Browns on Friday night in the team’s first preseason contest against the Jacksonville Jaguars. Still looming large, however, is his suspension.

After hearing cases from Watson and the NFL regarding the two dozen accusations against him for sexual misconduct, a judge ruled that the quarterback should be suspended for six games. Seeking a harsher punishment, however, the league has already filed an appeal and will push for Watson to be suspended indefinitely with a minimum of the full 2022 season.

In the initial wake of news regarding the appeal, it seemed as if the NFLPA and Watson’s side were going to fight to keep the six-game suspension. That might be changing, though.

Browns: Deshaun Watson reportedly willing to settle for 8-game suspension and a fine

It was reported on Thursday night (h/t Dov Kleiman) that Watson is willing to consider settling with the league for an eight-game suspension along with a $5 million fine. Additionally, Watson reportedly was offered a settlement of 12 games and an $8 million fine prior to the judge’s ruling.

He declined and is now facing what is likely a full-year+more suspension.

Watson now trying to reach a deal. Probably too little, too late

While I’m not going to pretend to be a legal expert or even an expert on the NFL’s litigation internally, this feels like what the eventual outcome will be.

The league would consider it a minor victory to make a statement if they can get the suspension increased from six games, particularly with the addition of a fine, while Watson would not be suspended for the entire season. It’s a settlement that, at least from the outside looking in, would make both parties happy.

Of course, we don’t know if the league would be willing to accept that given that there have been reports of wanting to make an example of Watson.

This situation is far from concluded, but with these latest updates, it does seem as if we are inching closer to some sort of resolution.