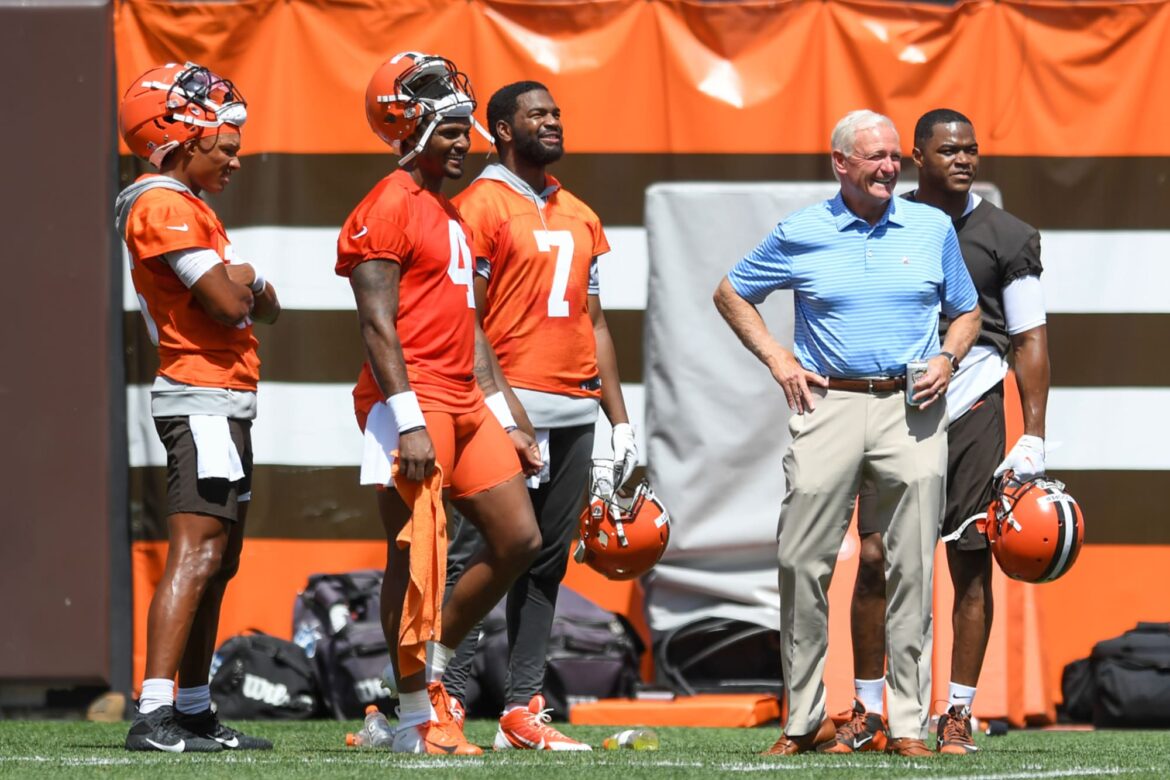 The Cleveland Browns should still prepare for the worst when it comes to Deshaun Watson.

While Judge Sue Robinson recommended Deshaun Watson should be suspended for only six games this season, the Cleveland Browns must accept the ball is in Roger Goodell’s court now.

The NFL can appeal Robinson’s ruling, but only has three days to do so. Though Watson and the NFLPA said in a statement it will not appeal Robinson’s ruling, Goodell does have the final say. While the league may have wanted a yearlong to an indefinite suspension for Watson, it feels like it is more likely to be an eight-to-12 game suspension than for Watson to miss the entire season.

Regardless, the Browns still need to prepare for the worst when it comes to their quarterback.

Let’s look at the games Cleveland knows it will be without Watson at minimum for this year.

Here are the six games Watson will definitely be suspended for.

Admittedly, this is a relatively soft first six games for the Browns. Atlanta, Carolina and New York are probably not playoff teams. Pittsburgh will have a new starting quarterback. Though Los Angeles and New England are certainly playoff-caliber, both of those games will be at home for the Browns. Their first tough game is Week 7 at the Baltimore Ravens when Watson can return…

When Watson steps onto the field for the Browns, possibly as soon as Oct. 23 vs. Baltimore, it will be the first time he has played in an NFL game since he was with the Houston Texans.

The last time Watson appeared in an NFL regular-season game was vs. the AFC South division rival Tennessee Titans. This game came in Week 17 on January 3, 2021. Tennessee won the division that year, beating Houston 41-38 in the regular-season finale. Watson went 4-12 as the starter for the Texans, who fired former head coach Bill O’Brien after the first four games in 2020.

While Watson will start every game for the Browns as soon as he is eligible, here is Cleveland’s quarterbacking depth chart heading into the early stages of training camp.

Jacoby Brissett will presumably fill in for Watson when he is serving his suspension. He has been a starter in this league before, most notably with the Indianapolis Colts and most recently with the Miami Dolphins. Joshua Dobbs used to play for the rival Pittsburgh Steelers, but he has not played much since his college days at Tennessee. Josh Rosen is pretty much a camp arm at this point…

So with the Browns knowing it will be at minimum a six-game suspension for Watson, here is what they need to do. Cleveland needs to give every first-team rep from now until Watson is eligible to come back to Brissett. They also need to see if Dobbs has what it takes to play in games for them. If he cannot, and Rosen cannot, then they need to add a capable backup for two months.

Cleveland has an opportunity to be proactive here, but then again, this is what they signed up for.