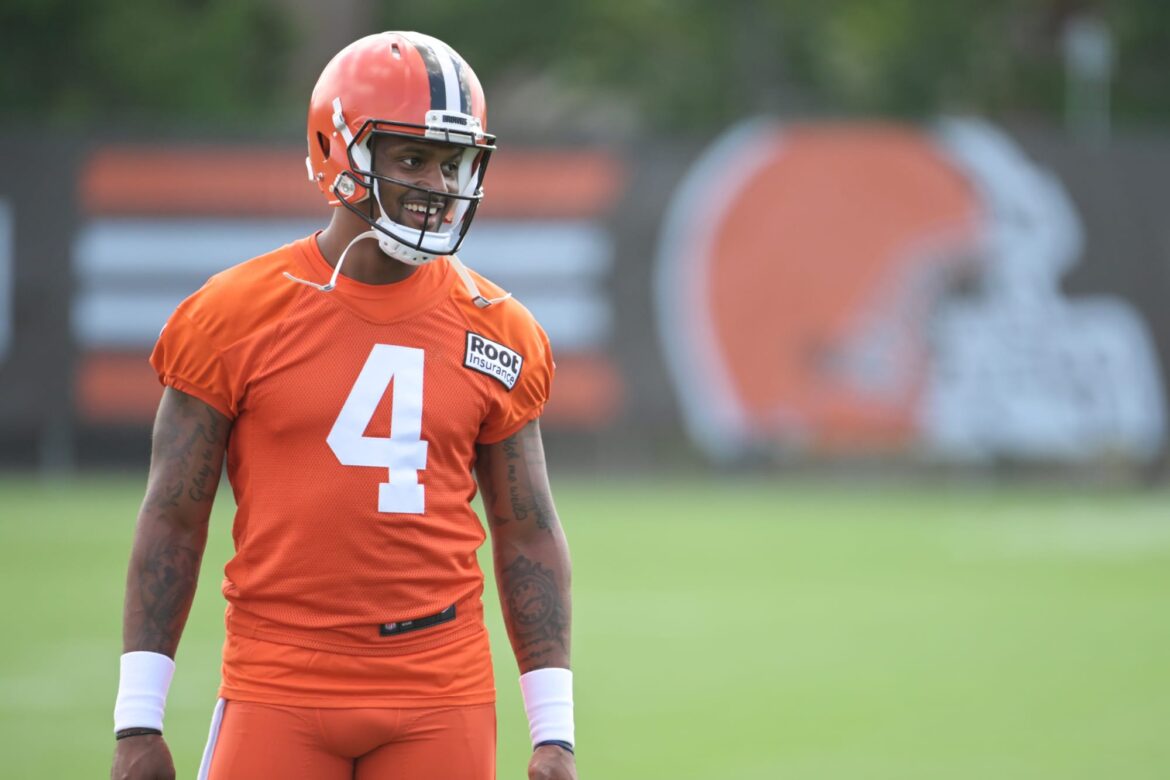 2022 NFL season: Most overrated player on all 32 NFL teams by Brad Weiss

Browns quarterback Deshaun Watson and the NFLPA released a statement on the upcoming disciplinary decision relating to his sexual misconduct allegations.

The Browns are about to find out how long Deshaun Watson will be suspended for sexual misconduct.

Multiple reports on Sunday suggested Sue L. Robinson, the impartial arbitrator assigned to oversee Watson’s by the NFL and NFLPA, would hand down her judgment on Monday morning.

Those reports were backed up by Watson and the NFLPA releasing a statement on the matter.

Deshaun Watson and the NFLPA released a statement ahead of ruling

“In advance of Judge Robinson’s decision, we wanted to reiterate the facts of this proceeding,” the statement read. “First, we have fully cooperated with every NFL inquiry and provided the NFL with the most comprehensive set of information for any personal conduct policy investigation. A former Federal Judge – appointed jointly by the NFLPA and NFL – held a full and fair hearing, has read thousands of pages of investigative documents and reviewed arguments from both sides impartially. Every player, owner, business partner and stakeholder deserves to know that our process is legitimate and will not be tarnished based on the whims of the League office. This is why, regardless of her decision, Deshaun and the NFLPA will stand by her ruling and we call on the NFL to do the same.”

That doesn’t sound like the statement of someone who expects to hear bad news from Judge Robinson. Already pushing for the NFL to go along with the decision suggests she will lean on the more lenient side of the proposed punishments.

Reports have suggested the Browns expect a suspension no longer than eight games.

Dan Graziano of ESPN reported that recent talks of a settlement between the league and Watson broke down over the length of the suspension. Watson’s camp wouldn’t agree to more than eight. The NFL wouldn’t agree to less than 12.

If the NFLPA and Watson thought Judge Robinson was going to suggest a dozen or more games as a suspension, there’s no way they would release that statement.