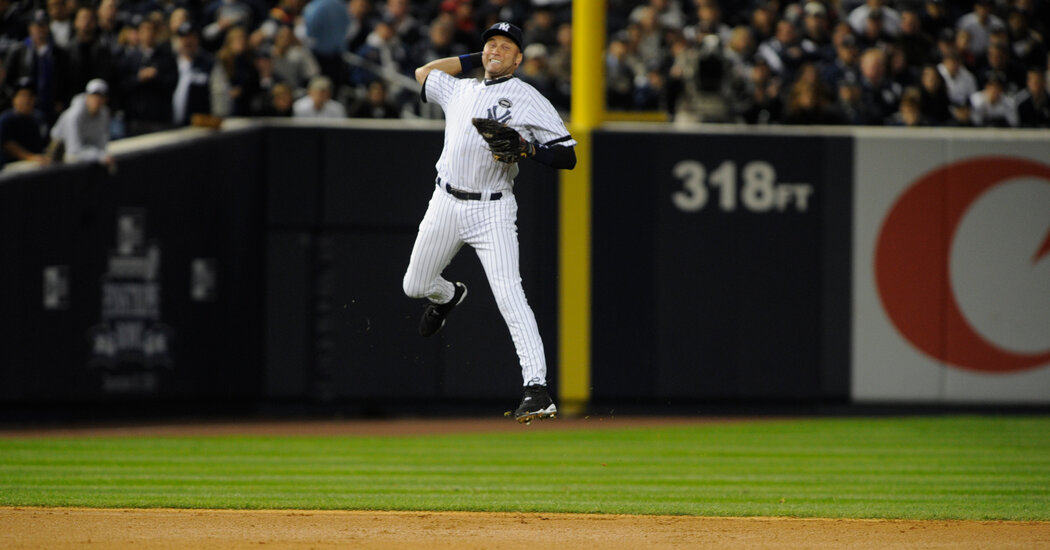 Yet for all of that, the Yankees won so prodigiously that Jeter played exactly one home game in his entire career with the team eliminated from postseason contention: that final game in 2014.

“I prided myself on being consistent, and when a play needed to be made, I felt as though I was going to make it,” Jeter said last week, on a conference call with reporters. “And I argue that my teammates had confidence in me making the plays as well. So I don’t really put much into it, because I don’t think it’s possible to have that much success as a team if you had someone that was just so poor defensively.”

Jeter played shortstop because his father, Charles, had played there at Fisk University in Nashville. Charles coached Derek in Little League, and played his son at second and third base, too. A brief escape from the infield did not go well.

“I remember being very young and telling my dad I thought it was easy to play outfield, and he put me in the outfield, hit me some fly balls and I wasn’t very good,” Jeter said. “So that was the end of the outfield experiment.”

Jeter stayed at shortstop, and only shortstop, until the very end. He stayed there in his first full professional season, with Class A Greensboro in 1993, when he made 56 errors. He stayed there in 2004, when Alex Rodriguez — the American League’s reigning Gold Glove Award-winning shortstop — joined the Yankees and switched to third. Jeter broke his ankle diving at short in the 2012 playoffs, costing him most of the next season, but he returned to play 140 games in the field at age 40.

“Derek was, I think, the most confident player I ever played with,” said Yankees Manager Aaron Boone, a former third baseman, who played beside Jeter in 2003. “The guy who just said: ‘Give me the ball,’ always wanted the ball, and just played the game with a ton of confidence. It didn’t mean he was the best of the best, necessarily, but I felt like there was an underlying, real confidence in what he was doing, and that helped make him even better than he was.”

The Plays That Made the Player