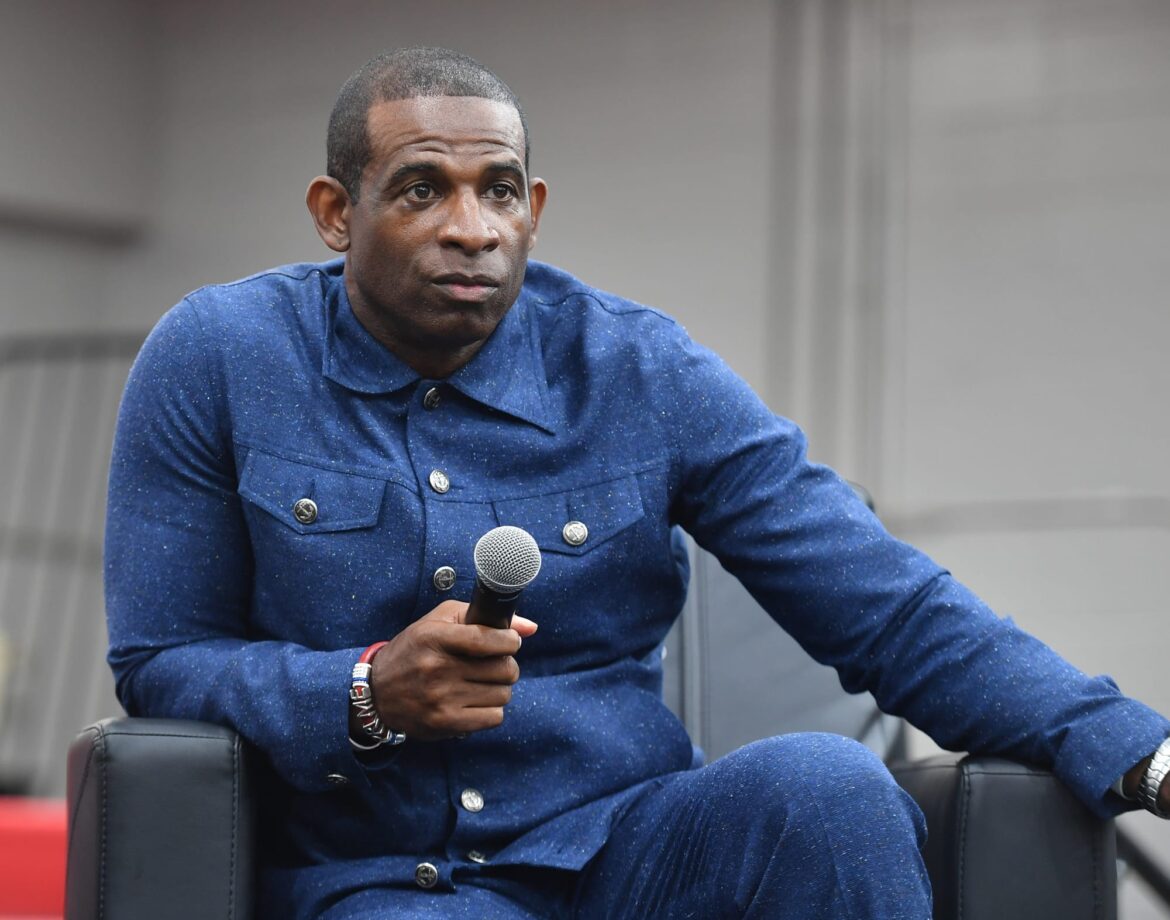 NFL legend and Pro Football Hall of Famer Deion Sanders believes that the Hall of Fame has lost its lust and has become a “free for all.”

Deion Sanders is in the Pro Football Hall of Fame. The legendary cornerback was outspoken on and off the field, and his resume backs it up.

However, when asked about the Pro Football Hall of Fame recently, Sanders had an interesting take, saying the Hall of Fame has become a “free for all.”

Wow, that’s something. There’s no question that Deion Sanders changed the game. Cris Collinsworth mentioned it on the NFL 100 episode of defensive backs when asked about Sanders and quarterbacks throwing the ball anywhere in his direction.

Deion Sanders goes public, saying the NFL Hall of Fame has become a “free for all”

Like figuring out who the “m-fer” Tom Brady was talking about, what’s really interesting is who the “other heads” are that Deion Sanders is referring to. Keep in mind both Brady and Sanders are real good friends, praising and defending each other at every opportunity.

Speaking of Brady, there’s no question that Sanders believes No. 12 will be in the Hall of Fame as one of the game’s greatest. Sanders wasn’t too bad himself. The elite Hall of Famer has six first-team All-Pro selections, eight Pro-Bowl appearances, 53 interceptions, and 22 total touchdowns.

But seriously, who is Deion Sanders talking about? Which guys that currently wear gold jackets are the ones that Sanders believes got in as a “free for all?” It looks like we have another mystery on our hands.