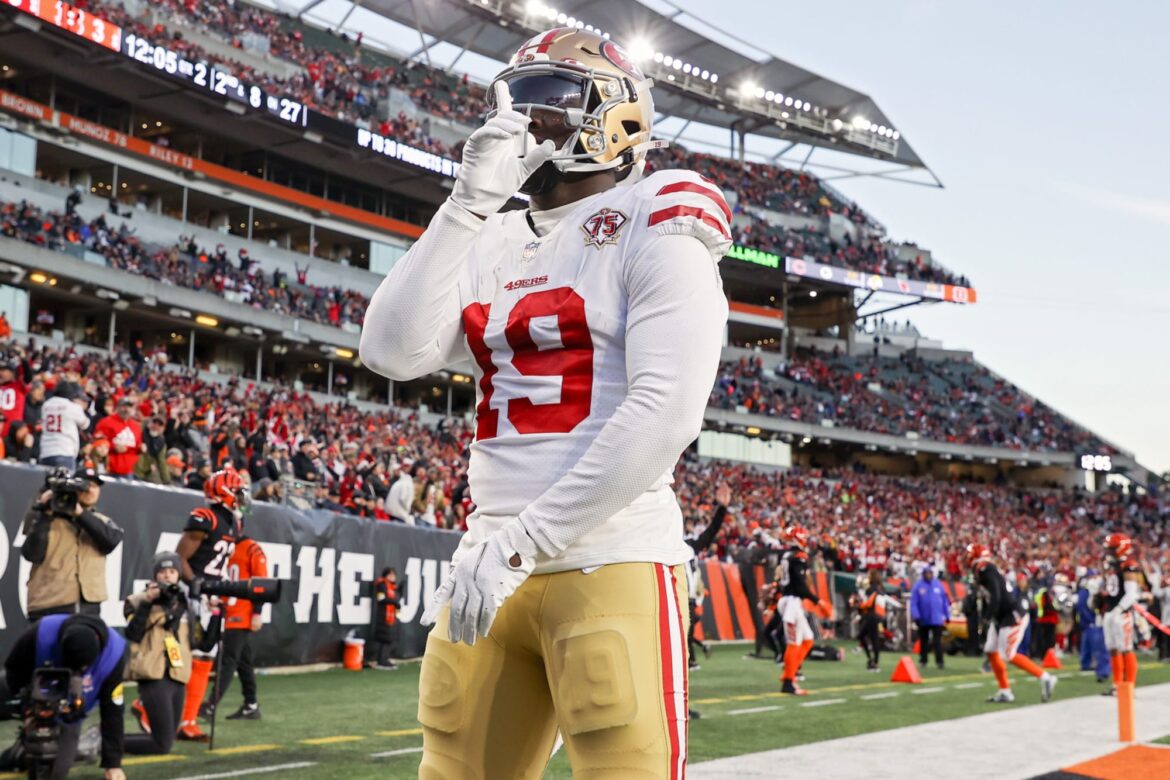 The Deebo Samuel contract details reveal a massive deal for the 49ers star receiver including nearly $60 million in guaranteed money.

The final marquee domino from the wide receiver class of 2019 just fell with Samuel agreeing to a three-year extension with the 49ers worth $73.6 million, per Ian Rapoport.

It’s a big-time deal that will pay Samuel more than $24 million per year.

Rapoport and Adam Schefter both reported that Samuel will get $58.1 million guaranteed.

However, David Lombardi said otherwise, reporting the guaranteed money could be between $40 and $50 million.

PSA: $58.1 million is likely not Deebo Samuel’s fully guaranteed money. That chunk will be less. I anticipate between $40-50 million https://t.co/NqSwfvSTRz

Whichever figure it comes out to be, Samuel is going to a nice chunk of change before his contract ends when he’s 29 years old. Then he’ll be able to negotiate another potentially lucrative contract.

Samuel got just slightly more than Metcalf got with the Seahawks last week. The Seattle receiver signed a three-year contract worth $72 million to stay put. That deal set up Samuel to get paid at least as much.

Now the receiver can get back to practice. He has been sitting out training camp so far while waiting for his contract details to be worked out.

The 49ers drafted Samuel in the second round in 2019. He showed real promise in his first two seasons but truly broke out in 2021 with 1,405 yards and six touchdowns as a receiver and 365 yards and eight touchdowns as a rusher. That kind of production set him up for a huge payday this year.

His unique skillset allowed San Francisco to utilize him in various and unpredictable ways around the field. Signing him to an extension ensures he’ll be there to help quarterback Trey Lance lead the way in 2022.