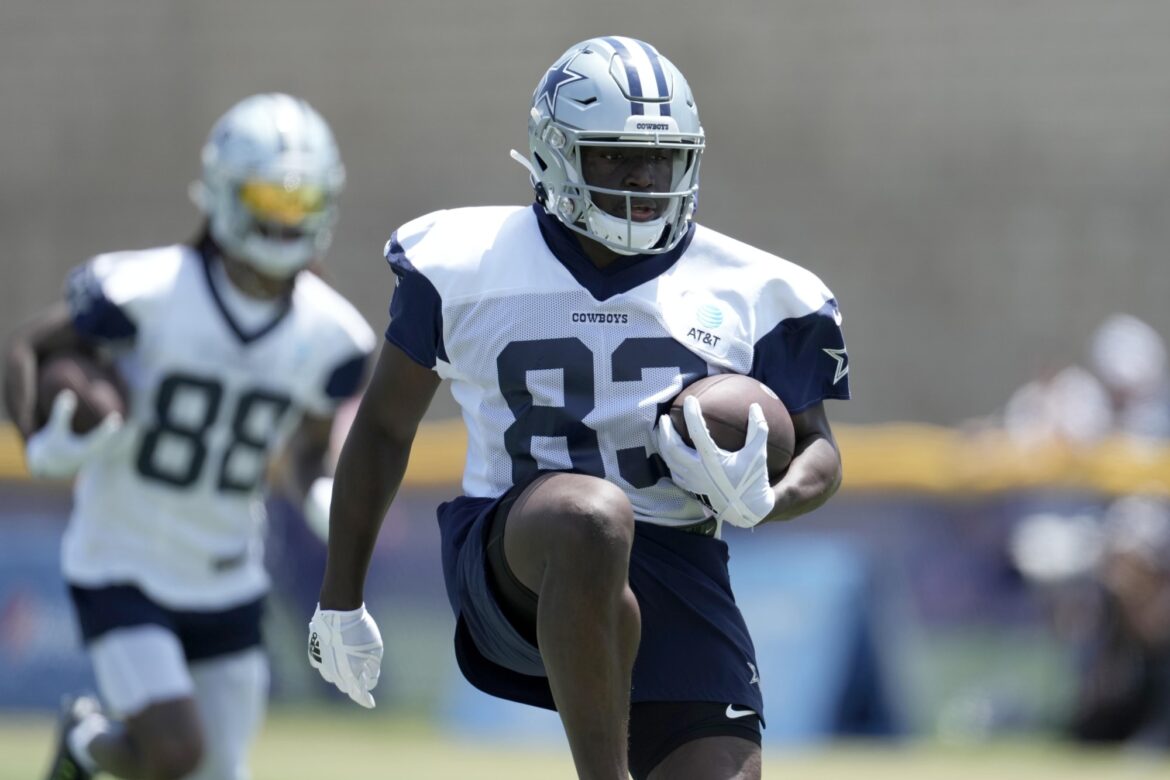 The Dallas Cowboys may be in trouble, after wide receiver James Washington was carted off during training camp practice on Monday.

The Dallas Cowboys wide receiver corps looks different this year as opposed to the year prior. Amari Cooper and Cedrick Wilson are gone, while the team retained Michael Gallup and brought in James Washington through free agency. Well, it appears the wide receiver corps has already taken a hit.

During practice on Monday, Washington tried to make a contested catch in the end zone, but landed awkwardly on his foot. He attempted to walk off, but could not put any weight on his right foot, and eventually had to be carted off the field.

According to ESPN senior NFL insider Adam Schefter, the Cowboys fear that Washington suffered a Jones fracture in his foot. Schefter says that the wide receiver will undergo additional testing.

Cowboys are concerned that veteran WR James Washington suffered a Jones fracture in his foot today, per source. Washington was carted off and is undergoing additional testing.

This is not an ideal situation for the Cowboys, considering their wide receiver corps is not as deep as it once was.

While Dallas did re-sign Gallup to a lucrative five-year, $57.5 million contract. The thing is, he suffered a torn ACL in the team’s Week 17 game against the Arizona Cardinals. Gallup even said at training camp that returning for Week 1 is not a realistic possibility.

Cooper, whom the team signed to a five-year, $100 million contract in 2020, was traded to the Browns this offseason. Cedrick Wilson signed with the Miami Dolphins in free agency.

Washington signed a one-year deal with the Cowboys after spending the first four years of his career with the Pittsburgh Steelers. Last season, he caught 24-of-44 targets for 285 yards and two touchdowns.

Now with Washington out, that leaves the Cowboys with CeeDee Lamb leading the way, followed by wideouts such as Jalen Tolbert, Noah Brown, and Simi Fehoko.

UPDATE: ESPN’s Todd Archer reported that the Washington will be sidelined 6-to-10 weeks after suffering a fractured right foot. He is scheduled to undergo surgery on Tuesday, Aug. 2.

The Cowboys will be without WR James Washington for 6-10 weeks because of a fractured right foot suffered Monday, according to multiple sources. He is scheduled to undergo surgery on Tuesday in Dallas.

With this news, it will remain to be seen how the Cowboys address what has become a need at wide receiver with Washington now sidelined for multiple weeks.