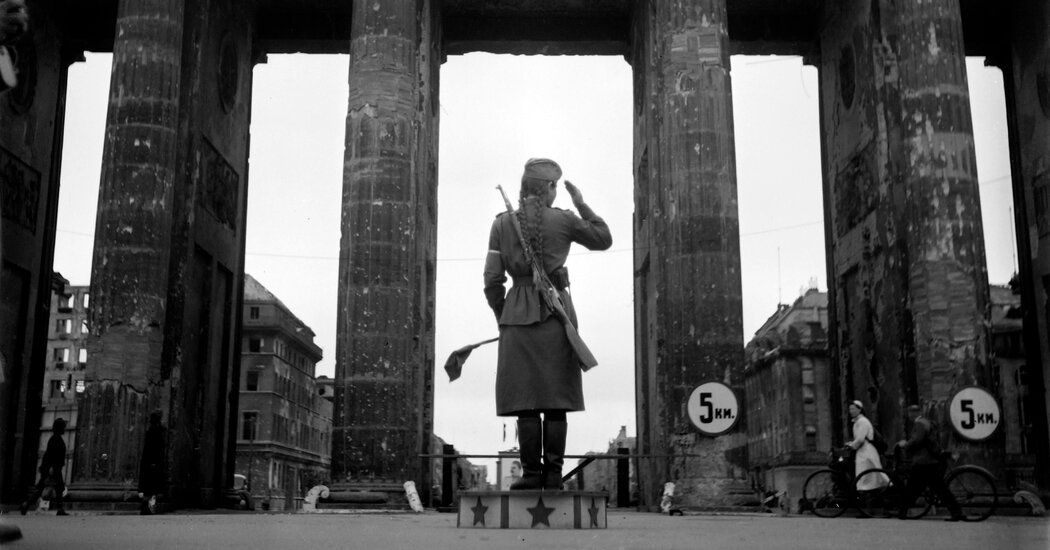 Milton raises an interesting question that evokes the great film “The Third Man”: Who really ran Berlin in the late 1940s — was it the Americans, Russians, British and French in their sectors, or was it the black marketeers playing the sectors against one another? At any rate, he concludes that Soviet missteps eventually pushed the Western allies into forming the North Atlantic Treaty Organization in 1949 and then, several years later, inviting Germany to join.

Brian Masaru Hayashi, a Kent State University historian, examines the experience of Japanese Americans and Korean Americans who worked for the O.S.S. — the Office of Strategic Services, the predecessor of the C.I.A. — during World War II. In ASIAN AMERICAN SPIES: How Asian Americans Helped Win the Allied Victory (Oxford University, 304 pp., $34.95), he describes the O.S.S. as “racially liberal” and “an ethnically and racially inclusive organization.” Its director, William Donovan, protested directly to President Franklin D. Roosevelt over the internment of West Coast Japanese Americans.

There was a mole in the O.S.S. office that covered East Asian affairs, but it wasn’t someone of Asian background. Rather, Hayashi reports, it was Duncan Lee, a blue-blooded descendant of Robert E. Lee and a graduate of the University of Virginia and Yale Law School who served as chief of secret intelligence on the O.S.S. Japan-China desk. After the collapse of the Soviet Union, Hayashi writes, information emerged from archived files in Russia that Lee had slipped information to the N.K.V.D. — the predecessor of the K.G.B. — during World War II.

More than the Cold War emerged from the conflict, David A. Price reminds us in GENIUSES AT WAR: Bletchley Park, Colossus, and the Dawn of the Digital Age (Knopf, 256 pp., $28). Anyone paying attention to the history of that war knows that Bletchley Park was the home base of British analysts who sought to break German codes. Price, a prolific historian who has a degree in computer science, argues that Bletchley also should be known for developing the first genuine computer, and so initiating the Information Age. For British decoders, having that new machine, which they called Colossus, was “like moving from a World War I biplane to a rocket.” By the end of the war, they had 10 of these computers feasting daily on secret German message traffic.