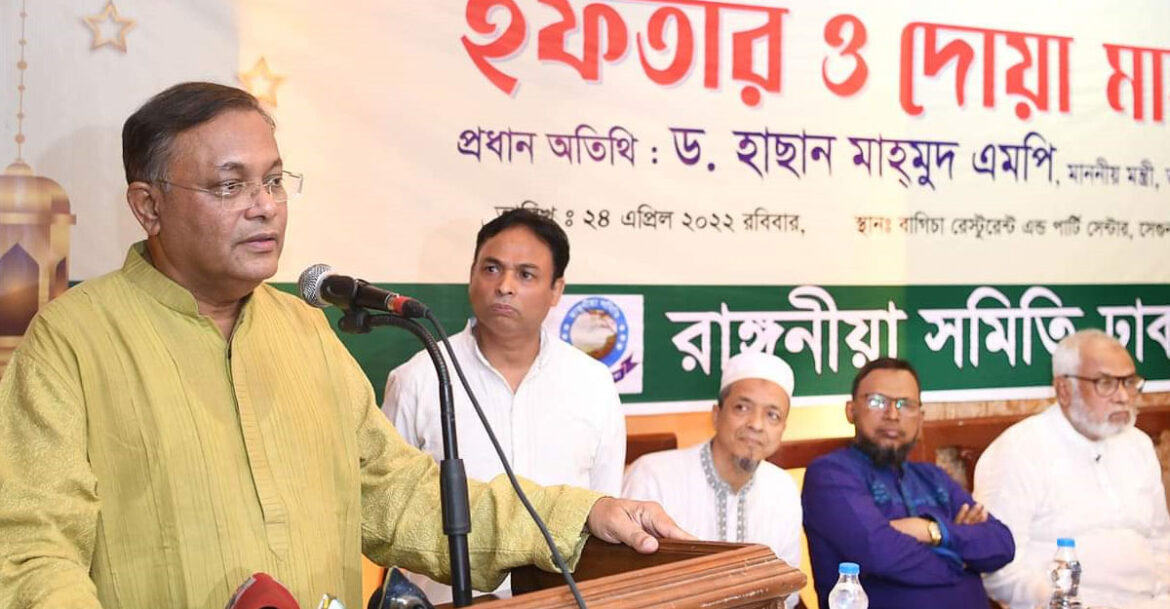 Information and Broadcasting Minister and Joint General Secretary of the Awami League. Hasan Mahmud said that despite all the adversities, the government has been able to keep commodity prices stable in the country and life is normal.

The information minister said that due to the war between Russia and Ukraine, the whole world has become unstable and there is instability in commodity prices everywhere. In the UK, essential commodity prices rose 23 per cent.