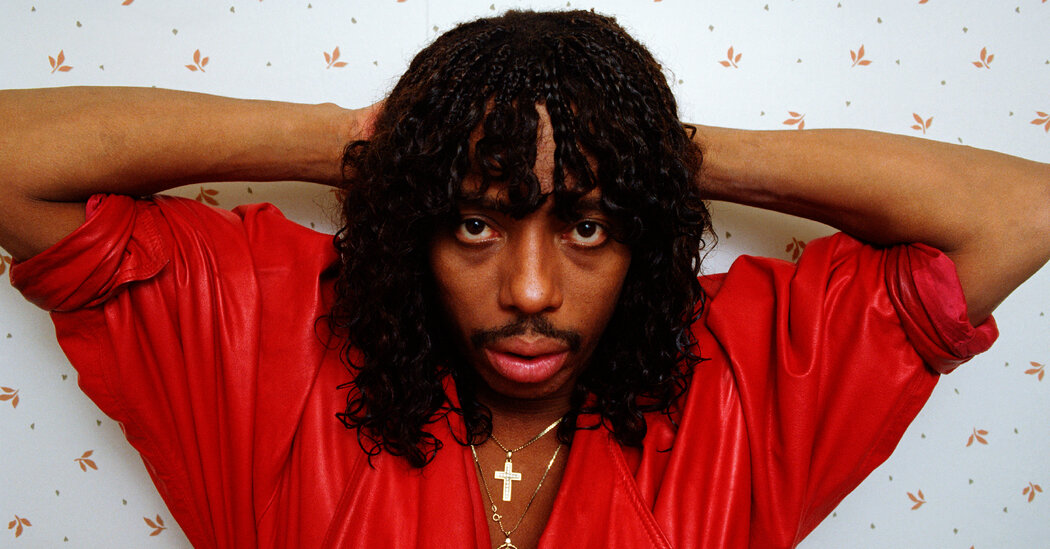 “We’re being sat in the back of the bus, television-style,” he tells a reporter. “This isn’t ‘The Wizard of Oz.’ There are Black people here, and we make music. Don’t we exist?”

He had the loud, unapologetic flair of a Black man who grew up powerless, getting beat up by white kids on the block, and who proved revolutionary in another white space: the music industry. In 1981, he called out law enforcement brutality in the song “Mr. Policeman.” “I’m very vocal about injustice,” he says in archival footage. “I’ve never been one to bite my tongue and I never will.”

So, in some ways, James was a hero. Even Jenkins, a musician himself, relates to him. “I was someone who liked rock ’n’ roll, hip-hop, skateboarding — a broad range of things. And I was sort of an oddball,” recalled the director, known for “Wu-Tang Clan: Of Mics and Men” and “Word Is Bond.” He continued, “But today, you can have rappers who are influenced by heavy metal, and no one’s going to say, ‘You’re a white boy or you’re a sellout.’ Rick was an early proponent of that.”

But the empowerment he gained from his success also granted him excess and entitlement he’d never experienced growing up. “You mix all of those early learnings with an environment where no one tells you no, that math adds up to a bad equation,” Jenkins continued.

This “bad equation” included, by the singer’s own estimate, a $6,000-to-$8,000 weekly cocaine addiction, a parade of women in and out of his home — some of whom, the film claims, he videotaped performing sexual acts at parties. “Daddy had his share of women, that’s for sure,” Ty James says in the film.