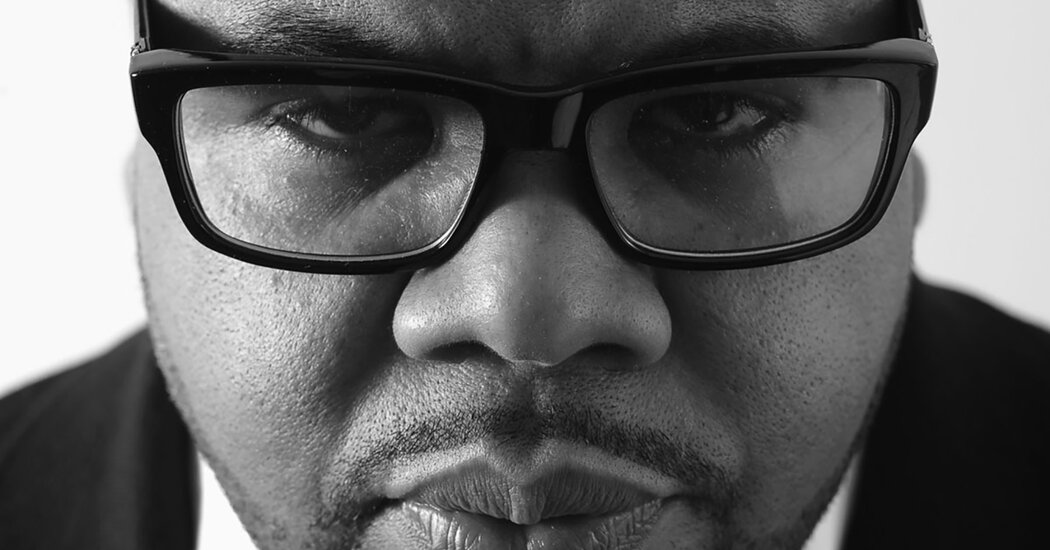 “My mind is always on ‘Record,’” the producer Chucky Thompson once told an interviewer, explaining how he was able to bring such a wide range of musical influences to the hits he helped create for Mary J. Blige, the Notorious B.I.G., Nas and other stars.

For any particular track, he might draw on the soul records his parents used to play, or his time as a conga player in Chuck Brown’s go-go band, or some other style in his mental archive, as he sought to realize the vision the performer was after, or perhaps take him or her in a whole different direction.

Mr. Thompson helped forge the hip-hop and R&B sound of the 1990s while in his mid-20s. He showed his versatility with his work on Ms. Blige’s second album, “My Life,” and the Notorious B.I.G.’s debut, “Ready to Die,” both released in 1994. The next year he was a producer on almost all the tracks on Faith Evans’s debut, “Faith,” another hit.

In this period he was working for Bad Boy Entertainment, the influential label Sean “Diddy” Combs founded in 1993, as part of the producing team known as the Hitmen. But he continued to produce for a range of artists after the Hitmen dissolved later in the 1990s. If he — unlike some of his contemporaries — defied categorization, that was deliberate.

“In my brain, as a producer, I never wanted a sound,” he said in a 2013 video interview. “That’s why you hear me on so many different records.”

Mr. Thompson died on Aug. 9 in a hospital in the Los Angeles area. He was 53.

His publicist, Tamar Juda, said the cause was Covid-19.

Mr. Thompson was different from many of his contemporaries in that he was a multi-instrumentalist, often contributing guitar, piano, trombone or other flourishes to the tracks he produced. To get a particular effect for the 2002 Nas track “One Mic,” he flipped a guitar over and banged on the back of it.

“He’s a true musician and doesn’t like to program heavily — just like me,” Mr. Combs told Billboard in 1995, when that publication included Mr. Thompson in an article on “the next crop of hotshot producers.” “Chucky has so many melodies in his head and produces from the heart.”

Carl Edward Thompson Jr. was born on July 12, 1968, in Washington to Carl and Charlotte Thompson. In the 2013 interview, he said that his mother recognized his innate musical ability early.

“She used to sit me in the kitchen and — you know how kids would just be banging and making noise? I was actually on beat with it,” he said. “She knew from there that something was different.”

At 16 he was touring with Mr. Brown and his band, the Soul Searchers, playing the funk variant known as go-go, which was popular in and around Washington. It was a time when traditional live performances by bands were losing ground to D.J.s, who could keep the music constant rather than breaking between songs and thus keep people on the dance floor. Mr. Brown had his young conga player try to compensate.

“He decided, ‘I’ll put a percussion break in between songs,’” Mr. Thompson told Rolling Stone in June. “So we would finish a song, then I’d do a percussion break, and I’d do a call and response — ask the crowd, ‘Y’all tired yet?’”

By the early 1990s he was in New York trying to market himself as a producer, and Mr. Combs and Ms. Blige were looking for material for the follow-up to her successful first album, “What’s the 4-1-1?” (1992).

“She picked my song out of a ton of tracks from new and previous producers,” Mr. Thompson said in an interview with the website StupidDope.com in June. “I was truly honored. That track was ‘Be With You,’ and at that time it was very different for her and her sound. I felt at that moment we were onto something that would be special.”

He ended up co-producing much of the album with Ms. Blige and Mr. Combs. Ms. Blige had a tough hip-hop image that defied female-singer stereotypes, and some people didn’t care for it. Mr. Thompson took that reaction into account as he helped her create the songs for her second album.

“I didn’t like people throwing stones at something they didn’t understand,” he told Rolling Stone. “So I was like, on this record, people are gonna know you’re a singer. You’re the real deal.”

“My Life,” full of confessional songs exploring Ms. Blige’s personal struggles, received a Grammy nomination for best R&B album and helped establish her as a star. In June, Amazon Prime unveiled a documentary about her career and the record, “Mary J. Blige’s My Life.”

Over the years Mr. Thompson also produced for Usher, Raheem DeVaughn, Total and many others. He produced some of the final tracks for his early mentor, Mr. Brown, who died in 2012 at 75.