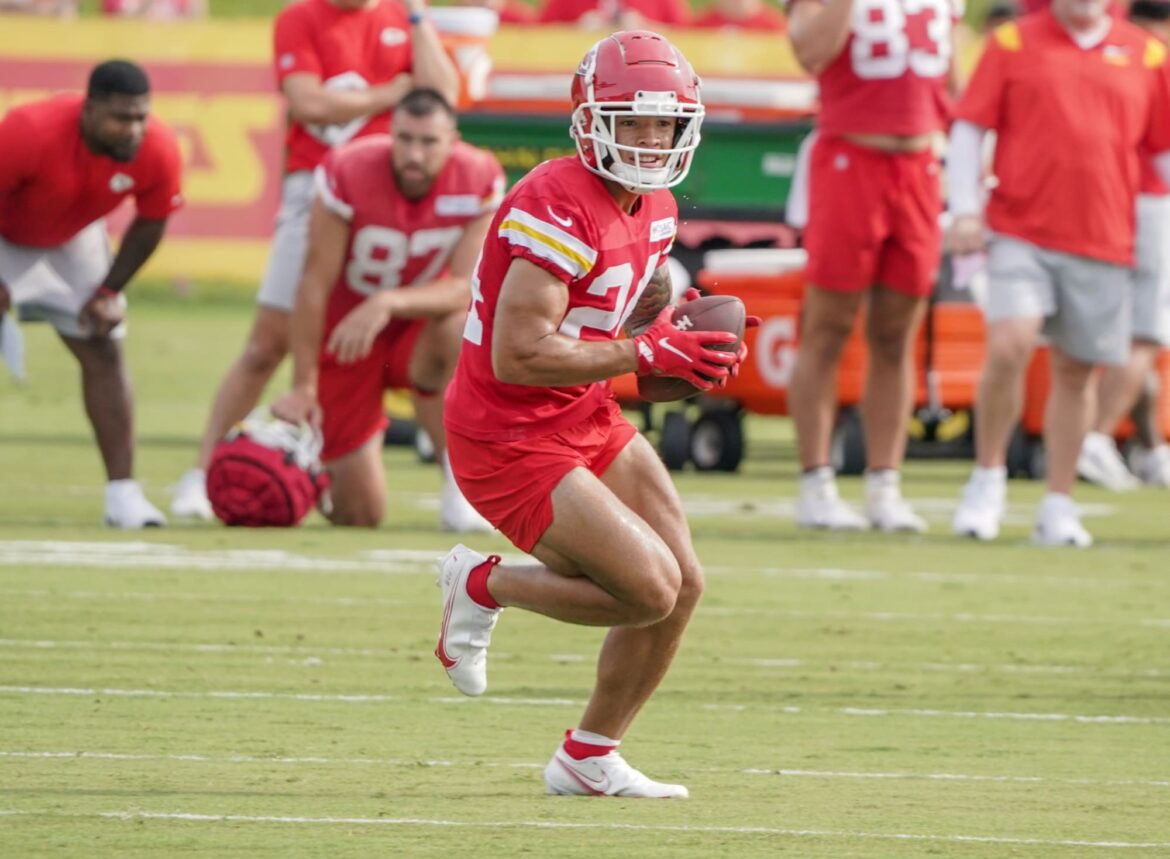 Kansas City Chiefs wide receiver Skyy Moore left practice early with an apparent injury, but he assured everyone on Instagram that he is okay.

The Kansas City Chiefs‘ passing offense looks different, as Tyreek Hill was traded to the Miami Dolphins, and Byron Pringle signed with the Chicago Bears. In the NFL Draft, the team used their second-round selection on speedy Western Michigan wide receiver Skyy Moore, who is expected to thrive while catching passes from quarterback Patrick Mahomes.

During practice on Tuesday, Aug. 2, Moore was performing a one-on-one drill with safety Nazeeh Johnson and fell to the ground after attempting to catch a pass. He stood up and hobbled off the field, ultimately leaving practice early. It was revealed that he was dealing with a hip injury.

But worry not, Chiefs fans, because Moore responded to an Instagram post detailing him leaving practice early, saying he’s “okay.”

After the Chiefs moved on from Hill, they received a second first-round pick in this year’s NFL Draft. Kansas City used those two first-rounders to address the defensive by selecting cornerback Trent McDuffie and pass rusher George Karlaftis. But in the second round, the team moved up to acquire Moore.

Moore slots in behind Mecole Hardman and free agent signings JuJu Smith-Schuster and Marquez Valdes-Scantling. With wide receivers picking up injuries in training camp like James Washington of the Dallas Cowboys, fans expected the worst. But, it seems like Moore has avoided a serious injury.