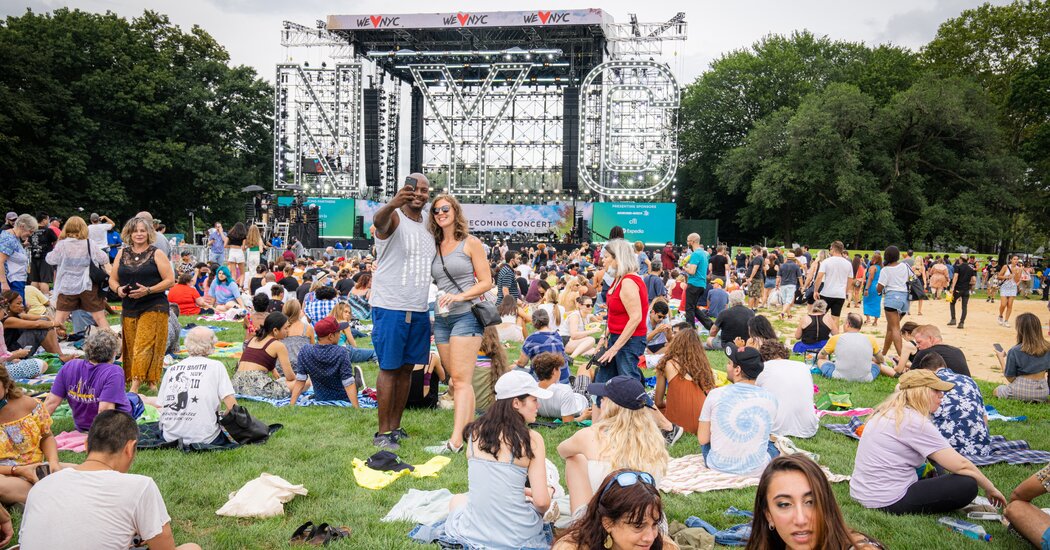 After joining Columbia Records as a lawyer in 1960 — with no relevant experience in music — he rose through the ranks to become the company’s president in 1967 and quickly pushed the label to sign more rock acts. Later, at the Arista and J labels, he worked with R&B-leaning pop divas like Whitney Houston, seized on the commercial potential of hip-hop and engineered successful comebacks for a series of stars, such as Dionne Warwick, Aretha Franklin and Mr. Santana, and grew close to Mr. Simon.

Mr. Davis said that he had been contacted by Mr. de Blasio in May about putting together the show and that his first call had been to Mr. Springsteen.

“I picked up the phone and told him we were going to celebrate New York City,” Mr. Davis recalled. “He said he would show up and wanted to do a duet.” That duet will be with Patti Smith, on “Because the Night,” a 1978 song they wrote together.

It is an uncertain moment for the music industry. While some high-profile artists, including Garth Brooks, BTS and Nine Inch Nails, have canceled tour dates recently, the show is largely going on in the live-music business — but it hasn’t been easy. Concert protocols, in New York and elsewhere, have been in flux for months, as the federal authorities, local governments and businesses have adjusted to the changing realities of the virus.

Broadway is requiring masks and proof of vaccinations as its theaters reopen, and Los Angeles County recently announced that it would require masks at large outdoor events such as baseball games at Dodger Stadium and concerts at the Hollywood Bowl.

Mr. de Blasio has defended going ahead with the concert, noting that it was being held outdoors and for vaccinated people, even as some other events have been canceled. This year’s West Indian American Day parade in Brooklyn, for example, planned for Labor Day Weekend, has been canceled.

The eyes of the concert industry have been on Chicago, where the Lollapalooza festival drew 400,000 over four days in late July and early August, amid concerns that it could turn into a “superspreader” event. The festival, which was held outdoors, required that attendees show proof of vaccination or a negative test. Last week, the city said that 203 people attending the show had tested positive afterward and that no hospitalizations or deaths had been reported.