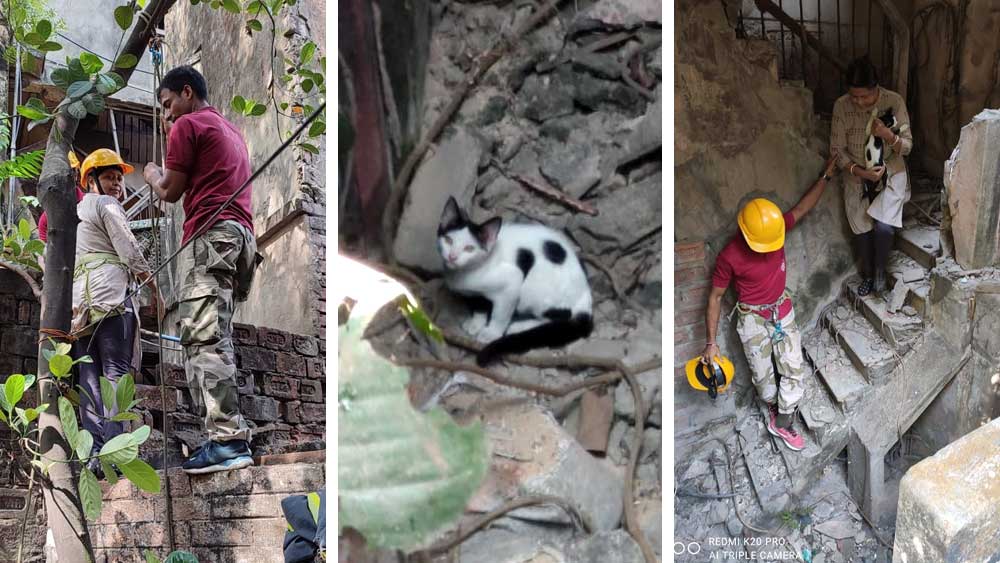 The ‘crunch’ was stuck in the closed house. Although he responded to Malkin’s call, he could not get out. The night was spent in that closed house. He was finally rescued 24 hours later with the help of police and a disaster response team. Everyone in the house is happy to have a pet. Animal lovers are also happy with this role of the police.

Rupali Gangopadhyay, a resident of 33 Ashwini Dutt Road in Rabindra Sarobar area, kept two cats at home. One of them is 6 months old. Whose dress name is crunchy. He suddenly disappeared on Saturday morning. The search begins. The cat’s voice was finally heard from an abandoned three-story house next door. The house has been closed for several years. Rupali said, “I crossed the garden and entered the house. We make a lot of noise when we find out. He responded but could not come out. After that I informed the police station.

Police of Rabindra Sarobar police station came there on Saturday evening. They try but fail. The news goes to the disaster response team. They could not rescue because it was night. Plastic rice and fish are sent to the house for a crunchy dinner. The disaster team went there again on Sunday morning. But he did not dare to come out after seeing strangers. Seeing no way out, Rupali entered the house on top of the wall. He comes out grumbling as soon as he is called by name. He was later rescued.