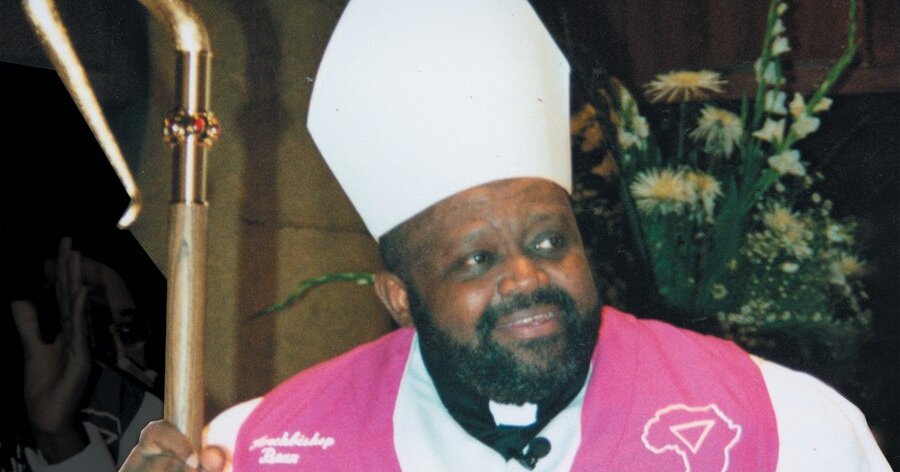 Carl Bean, who in 1977 recorded “I Was Born This Way,” a disco song of L.G.B.T.Q. pride that became a much-remixed club favorite — and who then became a minister and AIDS activist, founding a church in Los Angeles that sought to serve the spiritual needs of gay people and others who were marginalized — died on Tuesday. He was 77.

Unity Fellowship Church, which he founded in 1985 and which is guided by the slogan “God is love and love is for everyone,” announced his death on its website. It did not give a cause or say where he died.

Mr. Bean, who was openly gay from a young age, was a singer before he was a preacher and received the title archbishop, recording gospel songs for ABC Records in the mid-1970s as the frontman for the group Carl Bean and Universal Love. The Motown label had acquired the rights to “I Was Born This Way,” a song written by Bunny Jones, set to music by Chris Spierer and recorded in 1975 by a singer using the name Valentino (real name Charles Harris). The chorus went: “Oh yes I’m happy, I’m carefree and I’m gay, yes I’m gay./’Tain’t a fault, ’tis a fact, I was born this way.”

“I was hesitant to sign with another record label,” he told The Advocate in 1978, “but after I found out what the song was, I knew I had to do it. It was like providence. They came to me with a song I have been looking for my whole life.”

The Bean version, with a more pronounced disco flair and a streamlined chorus (“I’m happy, I’m carefree and I’m gay; I was born this way”), became a favorite in gay clubs all over the country and abroad. Some 34 years later, it inspired Lady Gaga’s No. 1 hit “Born This Way.”

Mr. Bean had considered the ministry before, but the song helped him focus that calling.

“I suppose this song and its message is a sort of ministry to gay people,” he said in the 1978 interview. “I am using my voice to tell gay people that they can still feel good about being gay even if there are people like Anita Bryant around” — a reference to one of the most prominent opponents of gay rights in the 1970s.

He always praised Motown for backing the record, but, he said in a 2009 interview with the website Out Alliance, he and the company parted ways “when they wanted me to do songs like ‘Ooh girl I love you so’ — right after they promoted me as openly gay.”

So he turned away from a music career and toward the ministry. He was ordained in 1982 by Archbishop William Morris O’Neal of the Universal Tabernacles of Christ Church and began working in Los Angeles, with a particular interest in reaching out to gay Black people and other groups who had felt unwelcome in mainstream Christianity. He started a Bible study group, which grew into the Unity Fellowship Church.

The country was in the midst of the AIDS crisis by then, and one of his outreach efforts, the Minority AIDS Project, which he started in 1985, focused on Black and Latino residents of Los Angeles. One thing it tried to do was correct flaws in the educational material put out by the government, or by predominantly white organizations, which was not registering with people of color.

“You almost had to have a college degree to understand it,” he told The New York Times in 1987. “We put people of color on the brochure so people couldn’t say, ‘This doesn’t affect me.’”

“AIDS took the cloak off for the world that homosexuality exists, especially for minorities,” he told The Los Angeles Times in 1989. “People who wanted to think there was no such thing as a gay Black man or a gay Latino had a rude awakening.”

“While his life and spirit may have inspired Lady Gaga’s iconic song ‘Born This Way,’” Barbara Satin, faith work director of the National L.G.B.T.Q. Task Force, said by email, “his true legacy will be the way he lived and the countless people his ministry impacted.”

Carl Bean was born in Baltimore on May 26, 1944. “Mom was 15, Dad was 16, and they never married,” he wrote in his autobiography, “I Was Born This Way: A Gay Preacher’s Journey Through Gospel Music, Disco Stardom, and a Ministry in Christ” (2010), written with David Ritz.

In the book, he portrayed his upbringing as a communal affair. “I was raised by many mothers who took me in and loved me completely,” he wrote, though he also described sexual abuse by a man he thought of as an uncle.

Religion was important to him even as a young boy.

“I used to carry my Bible and read it on the school bus,” he told The Los Angeles Times in 1995. “And after school I’d go over to the church — it was a Black Baptist church — and sit in the church secretary’s office and help her with letters and things. I sang in the choir and expressed a desire to go into the Christian ministry. I was a role model in my community.”

But he also knew from an early age that he was gay, and eventually the community turned on him.

“A neighbor boy and I were intimate, and his parents told my parents,” he recalled in the Out Alliance interview. “I got the blame.”

“I had had all this support — and suddenly I was a pariah,” he added. “I had been little Carl who did well in school and could sing, et cetera. Now suddenly I was the bringer of shame.”

At 13, he said, “I went to the bathroom and took every pill in the medicine cabinet and went into my room and locked the door, and wrote a note saying ‘I’m sorry I couldn’t be what you wanted me to be.’” The suicide attempt resulted in sessions with a psychiatrist that, Archbishop Bean said, proved life-changing.

“She said she couldn’t teach me to be what my parents wanted, but she could teach me to accept myself and be comfortable with who I was,” he told Out Alliance.

While still a teenager he moved to New York, where he joined Alex Bradford’s gospel singing group. In 1972 he relocated to Los Angeles.

Among the many honors Archbishop Bean received over the years was one bestowed in 1992 by the AIDS Healthcare Foundation, a global organization: It named an AIDS hospice center in South Los Angeles the Carl Bean House.

Information on survivors was not immediately available.

In 1995, Archbishop Bean reflected on his experience of being an outcast, and about his motivation in creating an inclusive church.

“If I can help other people not to have to face what I did,” he told The Los Angeles Times, “then that’s what Christianity and God and love are all about.”