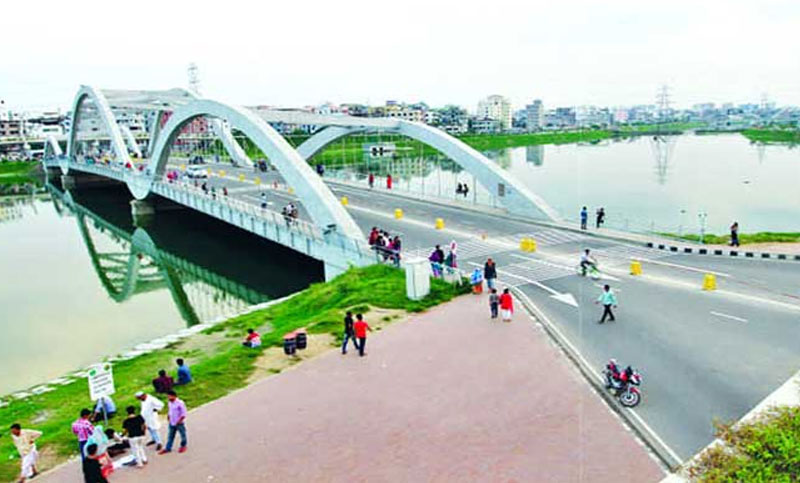 Some illegal gates are spoiling the beauty of Hatirjheel, one of the most beautiful places in the capital. These unplanned gates provide opportunities for various types of crimes. Road accidents are creating risk. There are also allegations of dereliction of duty by security personnel in the area.

In Hatirjheel area, according to Rajuk’s list, 41 gates are approved, but in reality there are 68 gates and pocket gates. Law and order and road accident control is becoming a problem due to the movement of residents through the narrow lanes of the pocket gates. Concerned persons believe that incidents like theft and robbery are increasing due to the negligence of the staff in charge of security in the area.

Official sources of Rajuk said that 22 pocket gates and 19 gates are permitted in Hatirjheel. According to that, there are 41 valid gates including gates and pocket gates.

Recently, a match was found with the information of Rajuk after visiting the surface. Some illegal gates and pocket gates are identified by RAJUK with cross marks. Some of the gates suspected to be illegal have not been identified as their owners claim to have valid permits. Among them, pocket gate number 52 is found to be illegal. Shaheen Mollah, the manager of the tin shed house inside the gate, said that the pocket gate was a long time ago. The owner of the place, Nurul Islam, was still there. After he died his three daughters looked after it. Gate permission is required. However, whether there is a written document or not, it should be known by talking to you (owner’s three daughters). ‘

Later he said, ‘I will send you the paper. Even after a week, Shaheen did not send any paper.

A little before the Begunbari link road is the pocket gate of Patwari Villa in South Kunipara Hatirjheel. The gate number 48 was also marked as illegal, but no one was found even if the owner or his supporters were searched. Later, Rahat Mia, the manager in charge of looking after the house, said, “The owner is not here.” But everything in the house is fine. I hear the gate has also been approved. Earlier those who were in charge of Hatirjheel, they gave. ‘