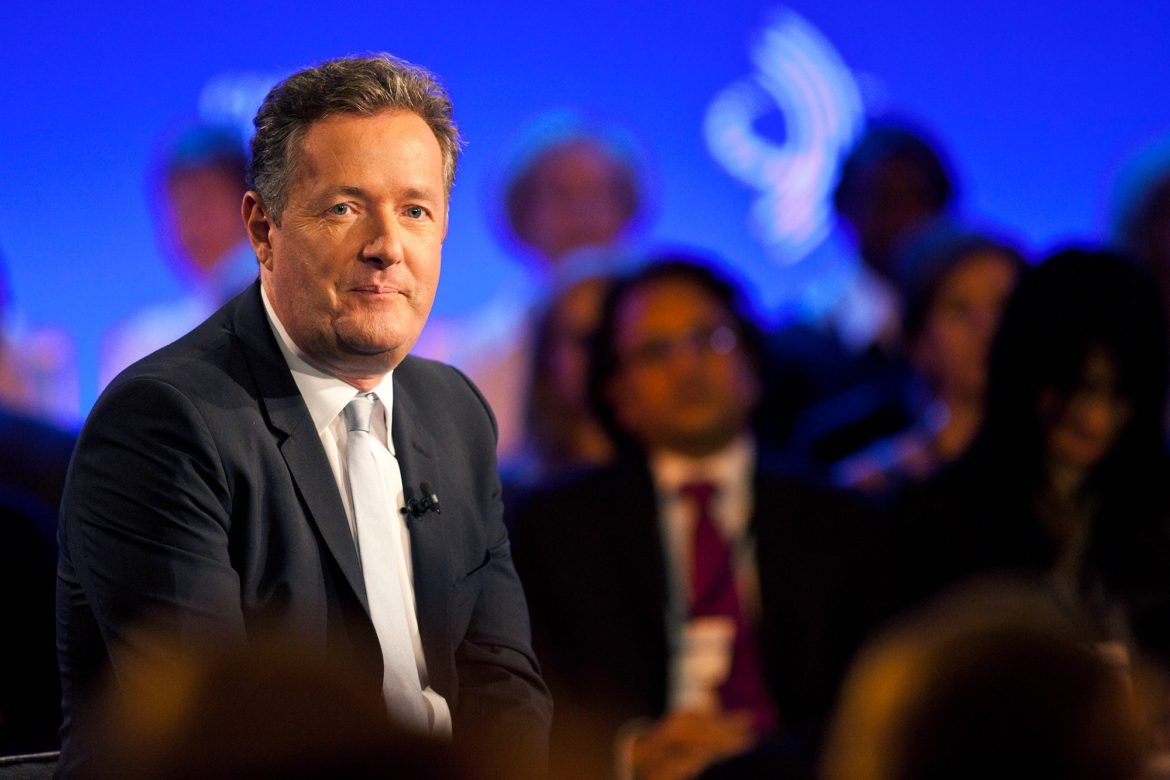 After storming out of his hosting gig at ITV’s Good Morning Britain earlier this year, British commentator Piers Morgan is set to restart his media career by reuniting with Rupert Murdoch. Morgan, who worked for Murdoch’s now shuttered News of the World and The Sun during his time on Fleet Street in the ’90s, announced on Thursday that his new deal with News Corp and Fox News will include him hosting a “global TV show” on weeknights, writing weekly columns for both The Sun and the New York Post, and authoring a new book with HarperCollins.

“Great to be rejoining Rupert Murdoch’s News Corporation after 28 years,” he wrote in an announcement tweet. “The place I started my media career, with the boss who gave me my first big break. We’re going to have a lot of fun.” Morgan’s talk show will start airing early next year and broadcast on News UK’s talkTV, a new Murdoch project seemingly designed to rival the struggling upstart opinion network GB News. His program will also be picked up by Fox Nation, the Fox News streaming service, and Sky News Australia.

Morgan ended his six-year run on Good Morning Britain in March after he reacted to Prince Harry and Meghan Markle’s bombshell interview with Oprah Winfrey by saying he “didn’t believe a word” the duchess had said about her mental health struggles and past suicidal ideations. In his first on-camera interview following his departure from the morning show, Morgan joined his now soon-to-be colleague Tucker Carlson, appearing on his Fox Nation program to double down on his criticisms of Markle. “Now, is she deliberately lying? Is she completely delusional?” he said of Markle, who he also reportedly claimed was “smearing the queen” with accusations of racism. After Carlson praised his guest’s journalistic ethics, the pair—both of whom once worked for CNN—capped off their discussion by condemning “the woke mob.”

Morgan took a similar stand on Twitter to mark his exit from his ITV show. “Freedom of speech is a hill I’m happy to die on,” he wrote. “Thanks for all the love, and hate. I’m off to spend more time with my opinions.” In once again joining forces with Murdoch, Morgan has now found the perfect venue for his opinions, as the News Corp chairman described him on Thursday as “the broadcaster every channel wants but is too afraid to hire” and went on to call him “a brilliant presenter, a talented journalist and says what people are thinking and feeling.” Fox News Media CEO Suzanne Scott is also welcoming Morgan and his “exceptional talent” with open arms. “We look forward to him making an impact and exploring opportunities with him on all of our platforms,” she continued, “especially Fox Nation, where our subscribers will love his new show tackling the subjects everyone is talking about.”

It remains to be seen if Morgan, who partly got on Americans’ radar while winning Donald Trump’s The Celebrity Apprentice, in 2008, can win over a U.S. audience. Morgan, who later spent three years hosting nightly on CNN, was known for “his aggressive criticism of the gun lobby,” presumably a tougher sell to Fox Nation viewers. He acknowledged having “taken a bath in the ratings” after his CNN show was canceled in 2014, telling The New York Times, “Look, I am a British guy debating American cultural issues, including guns, which has been very polarizing, and there is no doubt that there are many in the audience who are tired of me banging on about it.”