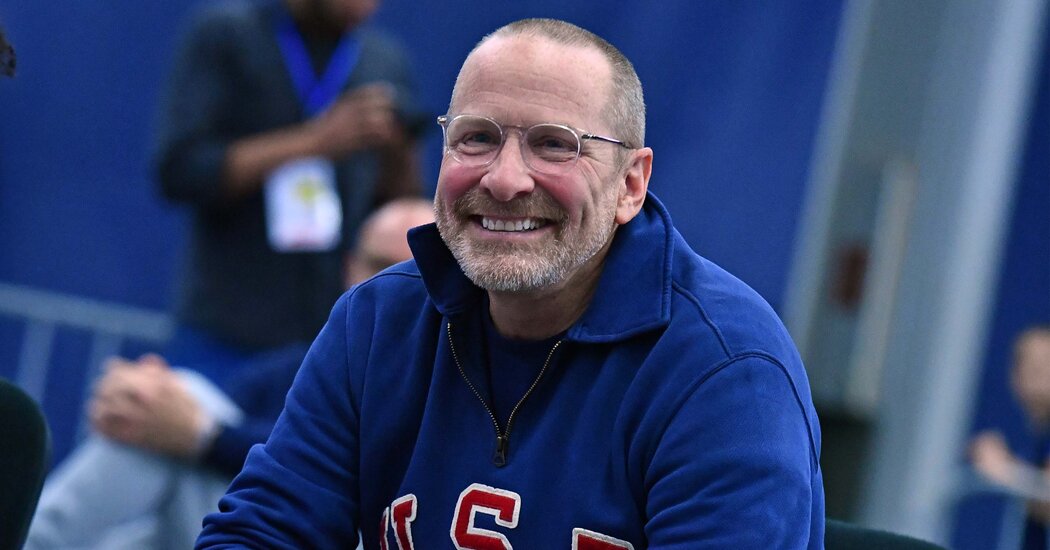 Buckie Leach, an elite fencing coach who guided the first American woman to win an individual Olympic medal in the foil competition, a gold at the Summer Games in Tokyo last month, died on Aug. 14 in a motorcycle accident in Pennsylvania. He was 62.

Leach was riding alone on a trip from Colorado Springs to New York City when his motorcycle struck a deer on a rural road in Pike Township, about 50 miles northwest of Philadelphia, according to the Pennsylvania State Police. The police did not describe the nature of his injuries but said he was wearing a helmet at the time, about 6:35 p.m.

Leach was a specialist in foil — one of three fencing disciplines, along with saber and épée — in his 40 years of coaching, including at the University of Notre Dame. As the United States women’s foil national team coach, he led squads to the Olympics in 1996, 2000, 2004, 2016 and 2021 and was inducted into the USA Fencing Hall of Fame in 2013.

“Buckie was the patriarch of women’s foil in this country,” Gia Kvaratskhelia, Notre Dame’s head fencing coach, said in a phone interview. “He developed our fencers’ technical, tactical and emotional skills.”

Heading into the Tokyo Games this summer, United States women fencers had never won an individual medal of any sort in foil until Lee Kiefer — who worked with Leach and her personal coach, Amgad Khazbak — won gold over top-ranked Inna Deriglazova of the Russian Olympic Committee. (American women had previously won medals in the saber competition.)

“Lee winning the gold was the completion of work that Buckie began 40 years ago,” Kvaratskhelia said.

Kiefer recalled pressing Leach for lessons after he joined the Notre Dame staff as an assistant coach in 2016. Two years later, she and three teammates won the world championship in foil in Wuxi, China, with Leach as their coach.

“He almost proceeded to tattoo Nzingha, Nicole, Margaret and my names in Chinese somewhere on his body,” Kiefer wrote on Facebook after his death, referring to her teammates Nzingha Prescod, Nicole Ross and Margaret Lu. “Fast forward to February 2021, we both basically moved to Colorado Springs to chip away at the women’s foil Olympic dream.”

Anthony James Leach III was born on Sept. 22, 1958, in Elmira, N.Y. His mother, Betty Jean (Hanechack) Leach was a homemaker. His father was a career Army officer who ran the U.S. Modern Pentathlon Training Center at Fort Sam Houston in San Antonio.

Buckie (his father and grandfather had the same nickname) began training in the pentathlon, an Olympic sport that encompasses fencing, swimming, running, horseback riding and shooting. But when his father retired to Ithaca, N.Y., the younger Leach was unable to continue training, so he focused on fencing, the sport he was best at.

He joined a local fencing club, earned his fencing master’s certificate at the American Fencing Academy, also in Ithaca, and was competitive enough to be on the United States Junior World Team in 1978. But he chose a future as a coach rather than as a fencer.

“I lacked that killer instinct as an athlete,” Leach told the Star-Gazette of Elmira in 1996. “It didn’t bother me enough when I lost.”

He started the Rochester Fencing Center in Rochester, N.Y., in 1981 while still managing an athletic shoe store. Over his 20 years there, the center became a draw for young competitive fencers.

One of his stars, Iris Zimmermann, said by phone that Leach had revolutionized fencing in the United States by adding cross training and weight lifting to tutelage in the sport.

“Back then, American fencers weren’t training as athletes,” said Zimmermann, who was on the American women’s foil team that finished fourth at the 2000 Olympics in Sydney, Australia. “Buckie would pick me up to swim before I went to school, and after school I’d take a lesson. That was unheard-of then. Fencers did what?”

Prescod, a two-time Olympian and the first American Black woman to win an individual medal at the World Fencing Championships, a bronze in 2015, started training with Leach when she was 10, at the Fencers Club in Manhattan, which he joined in 2001.

“He was great and fun, but he had a ton of rules, and if you didn’t go by them, you had to do push-ups or run or do something crazy,” she said by phone. “We all enjoyed it; we loved it. It was a productive challenge. Who doesn’t like to work hard and get great results?”

One of his athletes, Kristjan Archer, said by phone, “I hadn’t been performing at my peak for two years — everything felt off and uncomfortable — and Buckie equipped me with the things I needed to do to win my first A.C.C. championship.”

Leach had said before the Olympics that he would retire from Notre Dame and the U.S. national team.

He is survived by his sister, Kathy Leach. His marriage to Lola DiLauro ended in divorce.

Zimmermann remembered Leach’s ambition to mold United States fencers into a powerhouse team, like the Europeans, who dominated the sport. Her sister, Felicia, also a student of Leach’s, competed in the 1996 and 2000 Olympics.

“We worked so hard,” she said, “so that we could say, ‘Italy or France, we’re going to beat you.’ Oh, my God, we trained so hard, and we were so prepared, that we had no choice but to win at tournaments.”