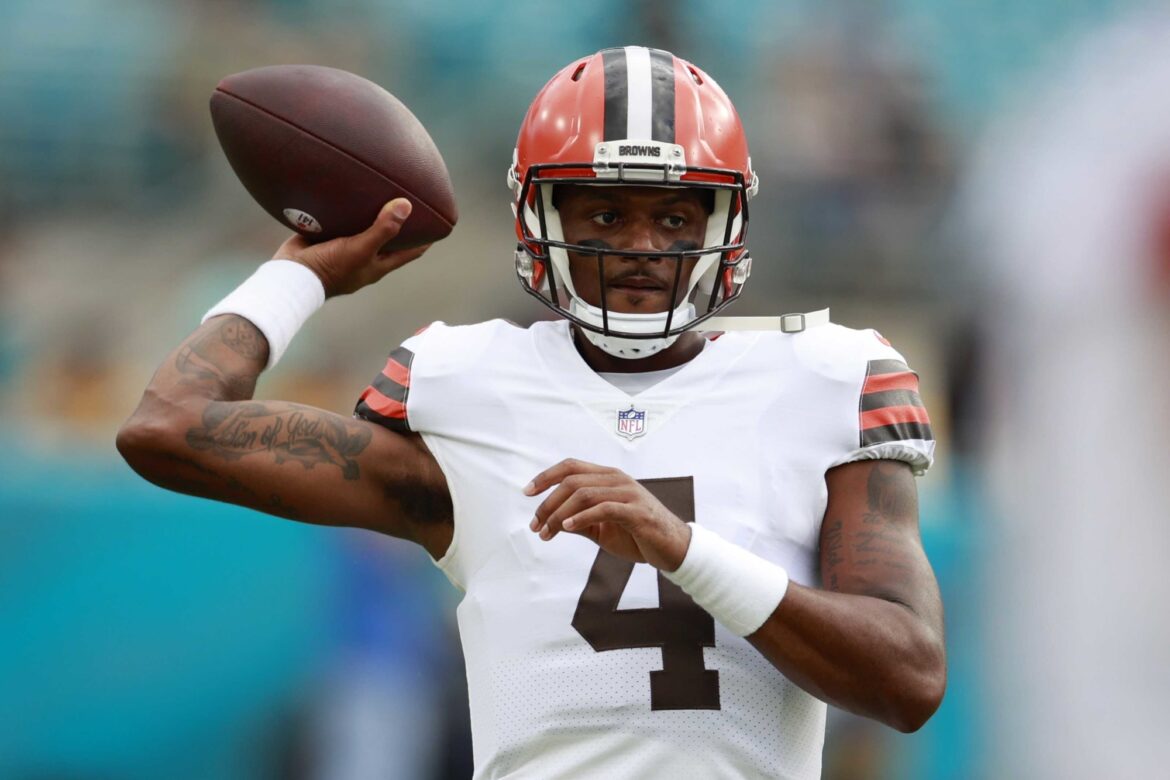 If there was any hope that the Cleveland Browns understood the severity of Deshaun Watson’s previous actions, Joel Bitonio removed all doubt with the most tone-deaf quote in quite some time.

After getting booed relentlessly by all of Duval County in their first preseason game of the summer vs. the Jacksonville Jaguars, Bitonio tried to spin this as little more than Cleveland vs. Everyone nonsense.

“It seems now more than ever, it’s Cleveland against the world. We’ll be ready for it,” said Bitonio to Mary Kay Cabot about living the always getting booed wherever you go life.

It is not the same thing as being booed by your fans with bags on their heads after going 0-16.

Joel Bitonio believes the #Browns will be booed wherever they go like when Deshaun Watson took the field in Jacksonville. “It seems now more than ever, it’s Cleveland against the world. We’ll be ready for it”

The last time we saw a team be this hated, the Houston Astros got caught banging trash cans.

You know what the absolute shame in it all is? Bitonio is dragging the great people of Cleveland into the flaming pile of s**t that is this football franchise. If Jimmy Haslam would rob truckers blind, of course, he would give a sexual predator an unprecedented, fully-guaranteed contract to join his team because what is shame, honestly? If you want to root for a new team, you have time.

Of course, not all players are going to blabber festering nonsense to a well-respected beat reporter, but they all got a job to do. This was a team seen as having a top-six roster in all of football entering last season. Since losing to the Kansas City Chiefs in the 2020 AFC Divisional Round, the Browns have once again been what they usually are in most years: A dumpster fire.

Although they may still have the talent to make the playoffs, they are not picking up any new fans this year. Will players start to think Boo is their name like Boo Radley in To Kill a Mockingbird? They can try their best to tune them out, but they do not have the organizational stability to navigate such a never-ending onslaught of negativity they are about to endure. It is going to be so, so bad…

For the love of god, let’s not print out brown and orange “Cleveland vs. Everyone” shirts this year.