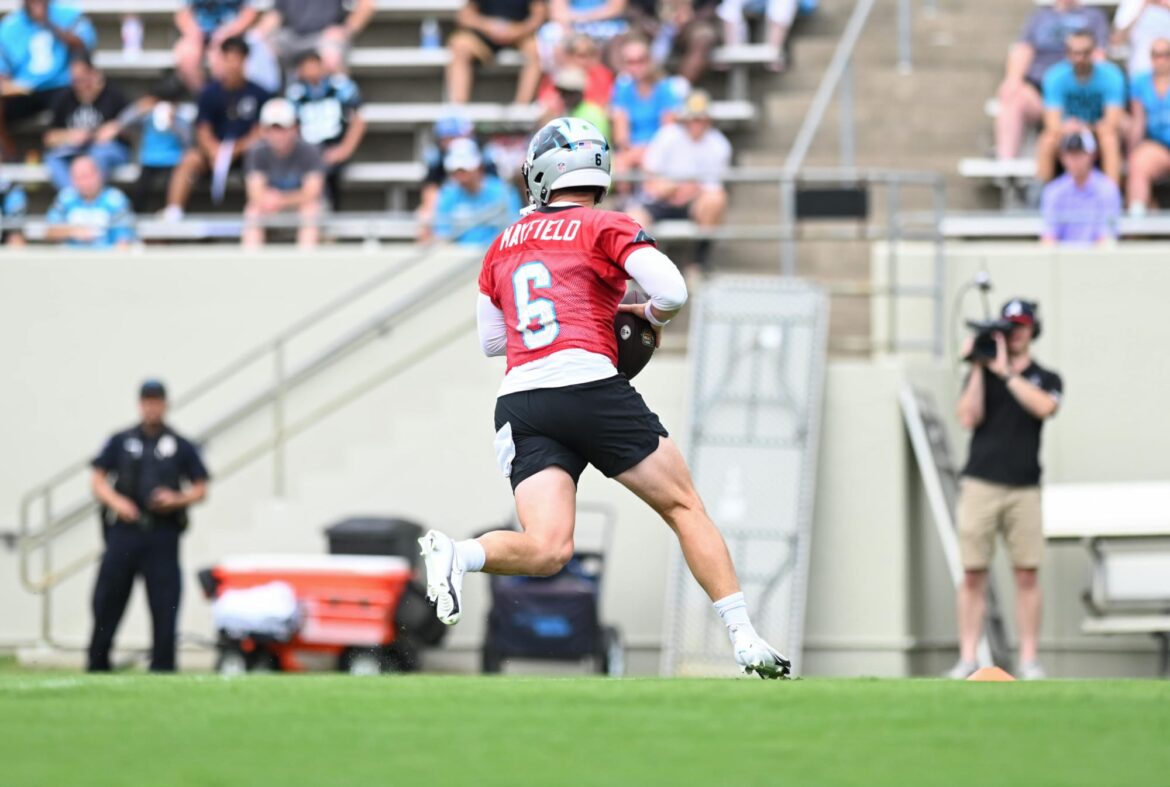 Baker Mayfield has struggled at times early in training camp, something Browns fans can empathize with Panthers fans over, knowing the feeling well.

With training camp underway for the Carolina Panthers, new quarterback Baker Mayfield has begun the next step in his career. After being traded from the Browns, who drafted Mayfield number one overall in 2018, Mayfield has found himself in a camp battle with Sam Darnold and Matt Corral.

But early on in camp Mayfield has struggled as he learns a new system and scheme, a situation Browns fans understand all too well. Mayfield found himself constantly learning new schemes with new head coaches and play callers before the Browns got current coach Kevin Stefanski.

But the good news for Panthers fans, in 2020 which is arguably Mayfield’s best in the NFL he also struggled early in camp learning the new system. There were tons of reports out of Cleveland that year that a lot of people felt like Case Keenum was performing better than him in camp, though he came on strong towards the end of camp.

In 2020 Mayfield had to learn a new system with Stefanski being hired as the Browns coach, he learned this with virtually no offseason due to COVID 19 and the NFL’s protocols. After his struggles, he would guide the Browns to 11 regular season wins and a playoff win while completing 62.8 percent of his passes for 3,563 yards 26 touchdowns, and only 8 interceptions.

Will this be another struggle early for Mayfield to only see him take control of the job and be the Panthers’ starter and play well? He has a lot to prove after an injury-riddled season with terrible play, but one thing is always true, Mayfield believes he can play at an elite level again.