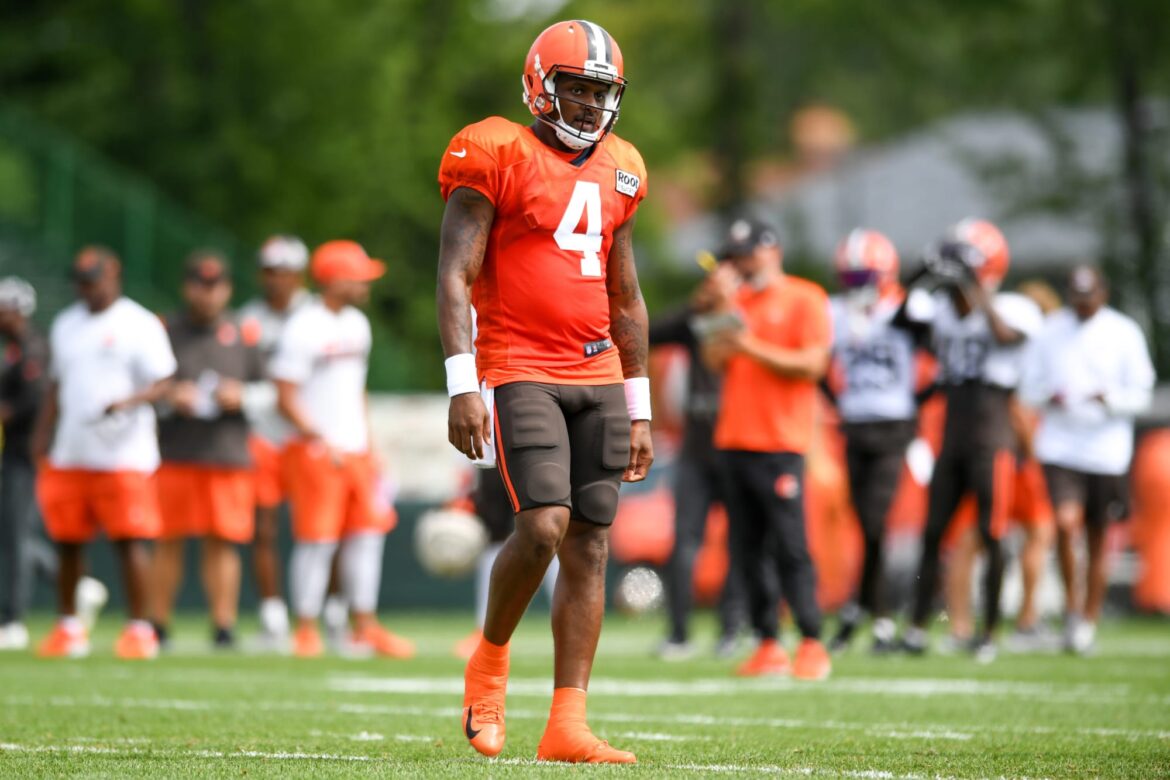 There is a strong possibility the Cleveland Browns could make a trade at quarterback if Deshaun Watson is suspended longer than six games.

As of right now, the Cleveland Browns are expected to have Deshaun Watson at quarterback after a six-game suspension. But those plans may have changed.

According to Cleveland.com’s Mary Kay Cabot, the team is considering acquiring San Francisco 49ers signal-caller Jimmy Garoppolo if Watson is gone longer than six games. Based on outside reports that commissioner Roger Goodell is pushing for a longer sentence, the likelihood is increasing.

As for compensation for San Francisco, that remains to be seen as Cleveland mortgaged several draft picks to the Houston Texans for the right to Watson’s services. Furthermore, 49ers general manager John Lynch is looking to try and gain more capital after his own aggressive maneuver to select Trey Lance third overall back in 2021.

If the Cleveland Browns decide to make a move on Jimmy Garoppolo to compensate for the loss of Deshaun Watson, it wouldn’t necessarily be the worst move. This is primarily due to how the rest of their roster is currently constructed.

Cleveland boasts one of the league’s best rushing attacks in addition to a very strong offensive line, which will appease Garoppolo given what he had in New England and San Francisco. Moreover, the defense is expected to take a more significant leap which would be very beneficial.

Last but not least, the division is still technically winnable for Cleveland. However, they haven’t won it since 1989, and how the reigning conference champion Bengals reside within the division in addition to the Ravens and Steelers. By having somewhat competent quarterback play, the Browns can at least make the postseason even if they don’t win the division.

Having Deshaun Watson would help them greatly, but Jimmy Garoppolo isn’t that bad of an option for the Cleveland Browns. We’ll have to wait and see how this plays out, but the alternative is out there.