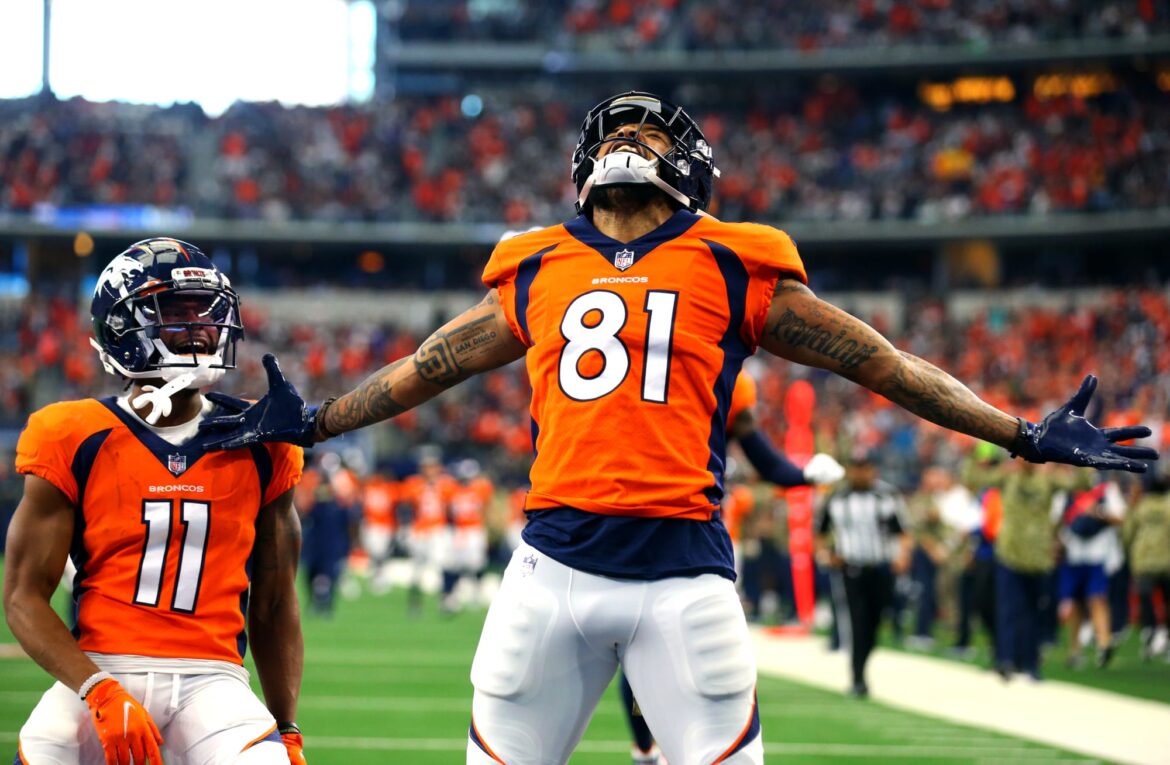 Denver Broncos wide receiver, Tim Patrick, tore his ACL at practice today. How will his absence in 2022 effect the offense?

One of the most notable aspects of the retooling that took place across the AFC West this offseason was the Denver Broncos trading for star quarterback Russell Wilson. Along with his joining the team came a great deal of anticipation for what Denver’s young, and extremely talented, wide receiver room would be capable of with an MVP caliber quarterback at the helm. One member of that room, Tim Patrick, will no longer be available for the ride.

Mike Klis, of 9NEWS Denver, reported Tim Patrick’s injury at today’s practice and gave an update on the severity after MRI results came back:

Klis continued on twitter, pointing out that the Achilles heel of the Broncos receiver room has actually been the ACL in recent years:

Three straight seasons of losing an impact receiver so early on to the  exact same injury is nothing short of a plague. It will create a significant challenge for the Broncos out of the gate in 2022.

Who will the Broncos lean on after losing Tim Patrick for the year?

What Wilson most notably brought along with him to Denver was his rocket arm, which has been a spectacle for years. The trio of Courtland Sutton, Tim Patrick, and Jerry Jeudy was sure to maximize Wilson’s greatest strength in the upcoming season, but the team will be forced to adopt a plan B now.

The most disappointing reality of Tim Patrick’s injury is the argument that can be made for him being grossly underrated among the ranks of AFC West receivers. His 734 yards and five touchdowns in 2021 were nothing to scream from the mountain tops, but in an offense with virtually no identity since he’s entered the league, Patrick has made the most of his opportunities. He was poised for a breakout season in 2022.

Having traded away tight end Noah Fant in the acquisition of Russell Wilson, the Broncos will likely lean on KJ Hamler to fill the void of Tim Patrick’s absence in the passing game. Javonte Williams and Melvin Gordon may be expected to take on greater roles as well in order to keep the offense competitive within a division that presents such high scoring threats on such a regular basis.